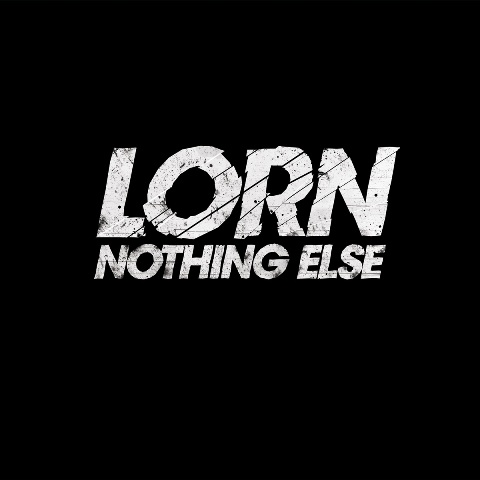 By Mike Diver from http://www.bbc.co.uk

Lorn lives in the Middle of Nowhere, Illinois. Why does this matter? Because ‘til now Brainfeeder hasn’t worked with an artist without some roots in Los Angeles, home of label lynchpin and sonic tapestry weaver extraordinaire Flying Lotus. Think Dischord and DC, Constellation and Montreal – at their beginnings stables for locals to filter their art through; now, both are essential threads sewn tight through the fabric of the global alternative music community. Too soon to suggest Brainfeeder will go the same way? Not on the evidence served hot by Nothing Else.

As a hot album this most certainly is – hot in the sense of being so very now, in the wake of the stutter-beat pigeonhole-eschewing masterpieces presented by FlyLo and his many almost-there-peers (brethren for the sake of an easy parallel); and in terms of just how caustic some of these compositions are on the synapses. If the heat isn’t felt by the close of Bretagne, then Automaton will set that unlikely situation straight. How best to convey just how the track collapses the canals, smashes up the inside of the skull, and then disappears into the dark trailing bloody, broken remains behind it? Without Actual Physical Violence: a conundrum fit for a comic book villain in too-tight tights. Be sure to clench everything.

It is one of a handful of numbers here that treads ground also occupied by King Cannibal, so far as gut-busting, knuckle-whitening bass goes; through the right speaker set-up it, as well as the twin Voids and the ironically titled Greatest Silence, will threaten the very foundations of whatever basement/bedsit/black hole it’s cranked out from within. The tracks that pop and fizz, spit and bubble are closer in keeping with the dubstep world’s more visible protagonists, each detached vocal bringing Lorn closer to a commercial centre certain to earn pounds as well as plaudits. But this man is no Starkey, no Benga, and certainly no Rusko – good-time vibes are conspicuous by their absence, and the prevalent vibe is one of peculiar melancholy. Whenever the otherwise pervading menace subsides, anyway. Take Army of Fear – though set to a military percussive motif that’s reminiscent of a thousand rap backing tracks, the keys emanate a pain unique to the darker corners of contemporary electronica.

Another couple of out-of-towners like Lorn, and Brainfeeder will have itself quite the army of aural assailants ready to invade territories anew.