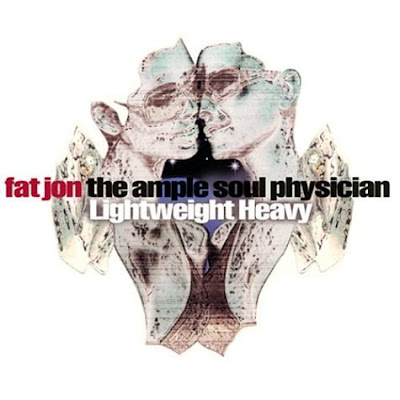 There aren't enough natural resources on planet Earth to keep us going. And there are insufficient amounts of love, hospitality or, indeed, humane warmth. That's all a given. But what is not lacking in any way, shape or form on our madly spinning orb, is - instrumental hip hop.

Not that this bothers Fat Jon. Beat creator for Cincinnati based hip hop outfit Five Deez crew and sometime collaborator with German dubmeister Pole, Jon has carved a nice little side niche for himself as a purveyor of, yup, the genre that has expanded exponentially ever since DJ Shadow showed the world how complete an instrument a sampler could be in the right hands.

Do we really need more?

Jon showed us back in 2002, on his album Wave Motion, that an ostensibly vocal-less album could speak volumes. He showed us how basslines could moil and mutter seductively, how jazz riffs could burble magnificently, and how cleverly placed samples and skilful arrangements could trick us into thinking these instrumentals were actually songs.

Lightweight Heavy does the same again, conjuring up a certain sound ­summed up neatly in the title ­that balances butch, punchy riddims with summery vibes and simple structures that seem multi-dimensional.

The first single, "Everywhere" is a case in point. A tripping, folkish vocalstitched to a coruscating harmony produces an endlessly pleasant bump that has simplicity written all over it, but is still hopelessly infectious.

Opening gambit from the album, "Talk To Me", is pure pillow-talk; breathy vocal samples rising up from a deceptively brisk beat ride a classical piano riff that pushes your thoughts towards an abstract horizon.

Trademark dubby basslines are a big reason for Jon's allure. "Torn Again" and "Mystery Soul" tug directly at the knees, compensating for the overall lack in rhythm shifts and chord changes.

"Synopsis" takes another jazz-road entirely, heading for a kind of middle ground; strong and melodic, unburdened by the weight of weed-smoke, un-tempted by the noodling of free avant-gardism. Then there's the cosmic phunk of "Space Man", and the slathering sentimentality of "Her", which show that Jon is concerned with space, both inner and outer.

More economic than RJD2, less experimental than Prefuse 73, Jon has his own lucid, light-heavy sound that, regardless of the glut of beatz in the world today, occupies a special ­and necessary place.