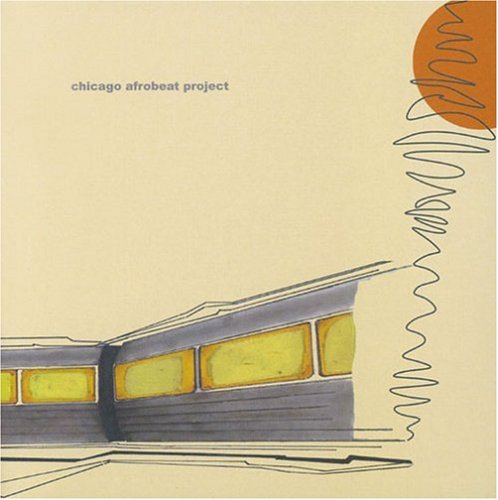 Sunset was at 4:21pm on Saturday, but that didn't stop the lineup at at Martyrs' from playing into the wee hours of Sunday morning, winter doldrums be damned. The James Brown tribute band Get Up With The Get Downs kicked things off with their stellar brass section, front man Izzy's endless energy, and a guest drummer who filled in at the last minute with just a few hours to rehearse. The band roused the audience into singing along with Cold Sweat and Hey! Hey! I Feel Alright!, and secretly I hoped there would come a moment when Izzy collapsed onstage, only to be rescued by a cape-bearing well-wisher strategically waiting in the wings. Get Up With The Get Downs play every 3rd Thursday at the Cobra Lounge, and will be playing at the Hideout January 2nd. Catch them if you can, they put on quite a show.

Chicago Afrobeat Project took the stage next, with up to 14 people performing at once, including vocalist Antar Jackson, and dancers Tosha Alston and Imania Detry from The Muntu Dance Theatre of Chicago. This was CAbP's first time performing in Chicago in several months, and the audience was clearly glad to see them. Between the dancers and the hypnotic mix of funk, rock, jazz and Afro-Cuban music, the energy was unstoppable. Each song was its own production, and it was early Sunday morning before they finished their set.

You might have to wait a bit to catch CAbP in Chicago again, they'll be on tour beginning in late January in Missouri, Alabama and a few other states, returning to their Chicago home base in late winter. If you can't wait that long you can order CDs from their website.
DJs Radiohiro and Warp of Bombay Beatbox rounded out the evening by transforming the boisterous energy of the room into an atmosphere of 2am electronic contemplation. I wondered for a moment at how they managed pull that off, and then realized that it was, in fact, 2am when they started their set. That may not sound like a big deal to some of you, but I haven't stayed out that late in years.