Isaac Lee Hayes, Jr. (August 20, 1942 – August 10, 2008) was an American songwriter, musician, singer, actor, and voice actor. Hayes was one of the creative influences behind the southern soul music label Stax Records, where he served both as an in-house songwriter and as a record producer, teaming with his partner David Porter during the mid-1960s. Hayes, Porter, Bill Withers, the Sherman Brothers, Steve Cropper, and John Fogerty were inducted into the Songwriters Hall of Fame in 2005 in recognition of writing scores of notable songs for themselves, the duo Sam & Dave, Carla Thomas, and others.

The hit song "Soul Man", written by Hayes and Porter and first performed by Sam & Dave, has been recognized as one of the most influential songs of the past 50 years by the Grammy Hall of Fame. It was also honored by The Rock and Roll Hall of Fame, by Rolling Stone magazine, and by the RIAA as one of the Songs of the Century.

During the late 1960s, Hayes also began recording music and he had several successful soul albums such as Hot Buttered Soul (1969) and Black Moses (1971). In addition to his work in popular music, he worked as a composer of musical scores for motion pictures.

He is well known for his musical score for the film Shaft (1971). For the "Theme from Shaft", he was awarded the Academy Award for Best Original Song in 1972. He became the third African-American, after Sidney Poitier and Hattie McDaniel, to win an Academy Award in any competitive field covered by Academy of Motion Picture Arts and Sciences. He also won two Grammy Awards for that same year. Later, he was given his third Grammy for his music album Black Moses.

In 1992, in recognition of humanitarian work there, he was crowned the honorary king of the Ada, Ghana region. He also acted in motion pictures and television, such as in the movies Truck Turner and I'm Gonna Git You Sucka, and as Gandolf "Gandy" Fitch in the TV series The Rockford Files (1974–1980). From 1997 to 2005, he lent his distinctive, deep voice to the character "Chef" on the animated TV series South Park.

On August 5, 2003, Hayes was honored as a BMI Icon at the 2003 BMI Urban Awards for his enduring influence on generations of music makers.[2] Throughout his songwriting career, Hayes received five BMI R&B Awards, two BMI Pop Awards, two BMI Urban Awards and six Million-Air citations. As of 2008, his songs generated more than 12 million performances.[3] 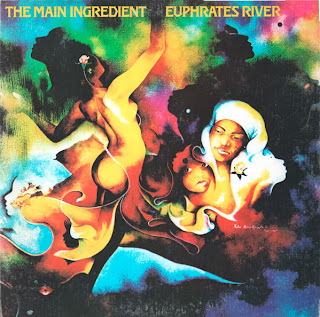 The group was formed in Harlem, New York in 1964 as a trio called the Poets, composed of lead singer Donald McPherson, Luther Simmons, Jr., and Panama-born Tony Silvester. They made their first recordings for Leiber & Stoller's Red Bird label, but soon changed their name to the Insiders and signed with RCA. After a couple of singles, they changed their name once again in 1968, this time permanently to the Main Ingredient, taking the name from a Coke bottle.

The Main Ingredient then teamed up with record producer Bert DeCoteaux. Under his direction, the Main Ingredient reached the R&B Top 30 for the first time in 1970 with "You've Been My Inspiration." A cover of The Impressions' "I'm So Proud" broke the Top 20, and "Spinning Around (I Must Be Falling in Love)" went into the Top 10. They scored again with the McPherson-penned black power anthem "Black Seeds Keep on Growing," but tragedy struck in 1971: McPherson, who had suddenly taken ill with leukemia, died unexpectedly. Stunned, Silvester and Simmons regrouped with new lead singer Cuba Gooding, Sr., who had served as a backing vocalist on some of their previous recordings and had filled in on tour during McPherson's brief illness.

The Gooding era began auspiciously enough with the million-selling smash "Everybody Plays the Fool", which hit number two R&B and number three pop to become the group's biggest hit. It sold over one million copies and was awarded a gold disc by the R.I.A.A. in September 1972. The accompanying album, Bitter Sweet, became their first to hit the Top 10 on the R&B album chart; its follow-up, 1973's Afrodisiac, featured several songs written or co-written by Stevie Wonder, although it did not produce any huge successes on the singles charts. They peaked at number eight on the R&B chart in 1974 with "Just Don't Want to Be Lonely", which sold over a million copies,[1] and also reached number ten on the Billboard Hot 100. The track peaked at number twenty-seven in the UK Singles Chart in July 1974, although it was their only chart presence in the UK.[2] In 1975, the group recorded several songs co-written by Leon Ware, including the R&B Top Ten "Rolling Down a Mountainside". By this point, however, Silvester was harboring other ambitions; he released a solo album called Magic Touch that year, and left the group to form a production team with DeCoteaux.

If there was ever to be a poster child of the disco movement, Barry White would be a top pick. Across his own solo career and through his Love Unlimited Orchestra and Love Unlimited side projects, he dominated the early days of this feel-good genre. And Love Unlimited felt best of all. White worked with vocalists Diane Taylor, Glodean James, and Glodean's sister, Linda James, for nearly a year before their 1972 debut album, a disappointing set that nevertheless yielded one of the signature hits of the age, "Walking in the Rain With the One I Love." It was that ethereal beauty that the trio hoped to re-create with the autumn 1973 release of Under the Influence Of.... They succeeded, with room to spare. The album opens with the soaring strings of the Love Unlimited Orchestra's instrumental "Love's Theme," a stupendous mood-setter that was released on that band's album nearly simultaneously and became a number one hit in December. However, here the piece was merely intended to set the scene for all that was to follow. From the effusive "Oh Love, Well We Finally Made It" and the tender ballad "Lovin' You, That's All I'm After" to the Motown-ish strains of "It May Be Winter Outside (But in My Heart It's Spring") (which gave the trio another Top 50 hit), Love Unlimited served up a nonstop diet of heartfelt, if not always heart-stopping, music. A sweetly tempting byproduct of its era, Under the Influence Of... doesn't walk away with top honors, and White was always best on his own material. Love Unlimited's variations on his trademark waka-waka guitar and lush strings are never less than fascinating, however, and the poignancy of the nostalgia train continues to churn. Source

Since the release of 2011’s award winning debut, No Time for Dreaming, Charles Bradley has transformed from a rising star in the Daptone galaxy into a bona-fide headliner, now affectionately known across the globe as "The Screaming Eagle of Soul." The raw emotion and soulfulness of Bradley's voice lifts him up among the greats of the golden age of Soul - Otis, JB, Wilson Pickett, and Darrell Banks. Anyone who has had the privilege of hearing him sing has experienced how Bradley can captivate an entire audience with a simple "Ooooo..." Bradley and writer/producer/multi-instrumentalist Thomas “TNT” Brenneck returned to Dunham studios and recorded the most exciting Daptone release to date, Victim of Love. On this album, Bradley moves past his "Heartaches and Pain" to the great promise of hope and love. Though quite at home among the music that has affirmed Daptone as the world’s #1 authority on Soul Music, Victim of Love proves to be a genre-bending masterpiece, picking up where the early 70’s Temptations left off and edging boldly forward into psychedelic soul exploration. Source 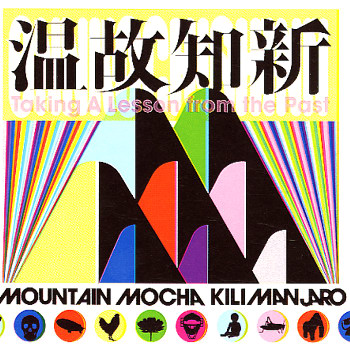 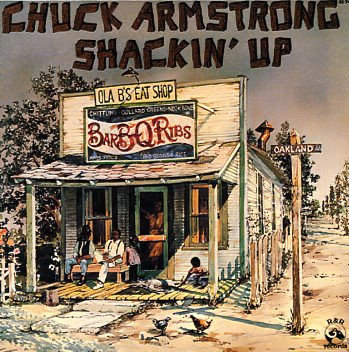