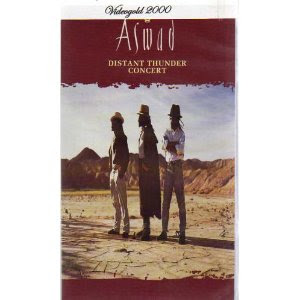 Recorded on New Year's Eve 1988/89 at London's Hammersmith Odeon, this video captures the dynamic sound of the world's premier rock/reggae band. The programme features 14 of their best-loved songs, including 'Don't Turn Around', 'Give A Little Love', 'Distant Thunder', 'Set Them Free' and 'One Love'. 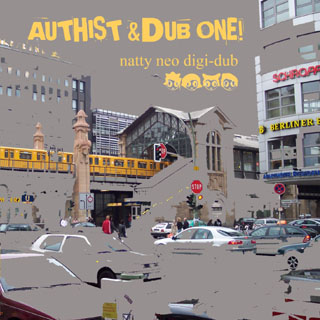 English: Fresh as a beautiful morning, Authist & Dub One! greet the day with a placid smile. Not only do the two jamaicans-by-choice with a Berlin residence carry sunshine in their hearts, they also carry heads upon their shoulders that every once in a while go bursting with a fireworks of musical ideas - even before breakfast.

With an almost childish curiousness and an obsession not far away from terrorism, they take some banging electro-sounds, glittering jazz-riffs, a load of rough beats and a rich portion of reggae-vibes and fix up their dub-rockets from the lot. Through his ears, Authist & Dub One! shoot those directly into the listener's cortex where they bassfully let them explode into one fascinating multi-layered play of colours.

And as much as even the best fireworks are only enjoyable in front of the blackest night-sky, as much do Authist & Dub One! prefer to fire their sound-cannons within an atmosphere of reduced relaxation - the sort of relaxation that lets some people greet the day with a placid smile.

Welcome in the world of MikkiM, a place where the united beats of techno, jungle and breakbeat meet the hypnotic offbeats of ska & reggae, the psychedelic dub space delays and the dirty wild punk notes. In my songs I'm using, besides my own ideas, a lot of my favourite music that I sample, reshape and deform with the help of my machines and computer. In my livesets and in my studio stuff, you might hear some well known sampled fragments, basslines, vocals, etc. from The Clash, Madness, Specials,Renegade Soundwave, Dreadzone,and many more surprises...

I have variety of different styles that I can play live. It depends on what type of action i play, but I mostly enjoy doing a journey through all of them.. I can play dub oriented liveset, then broken beats style - breakbeat, jungle and drum&bass and finally straight beat techno or hardtek style.In this liveset you can hear what i call skatek, pumping techno ranging from 150 till 180bpm with offbeat ska style and live instrument and vocal samples. My live performance is a bit different from my studio production, it is more oriented for the dancefloor with lot of unexpected combinations. Come to see my show! ;)

I was playing gigs in about 12 different european countries, I was the support live act for the Dreadzone, Zion Train and I share the stage with many well known bands,electronic projects,livesets and djs, sometimes being a headliner for the festival or a club night. In my studio I welcome lot of internationally known artists,that I can call my friends aswell-Gary Asquith from Renegade Soundwave,Dr.Ring Ding,Victor Rice,MC Benjammin,MC Turner,MC Tribuman,Macka B etc..

Together with my friends we are running a record label IO.lab ,where i personally take care about Offbeat Division,sublabel specialized on electronic music influenced by ska, reggae and dub. We are also runing internet radio23 , mixing, mastering and producing other artists.

I m also connected with the Cross Club in Prague, where I am sound engineering and where I have my studio.

RCola is one of those artists who's constantly pushing the genre to a higher level;
always going for a colourful approach to D'nB. Drawing on soundsystem culture
and an amazing line-up of singers, RCola's "Rub A Dub Wize" offers fans of
his original sound the chance to bring their one-foot skankin' styles home.

Lead-off single "Beat the System" features stellar vocal work from Soultrain
and will also be released on the forthcoming 12" vinyl as Wikkid Riddim 03
later this summer.

Good album. not really roots indeed but very smooth and melodic with the hardest rythm section ever. I think it's really worth listening. Once again, the sound is close to other early 80' 's wailers works. The voices are more like ballads or folk songs, but the mix is nice and original. 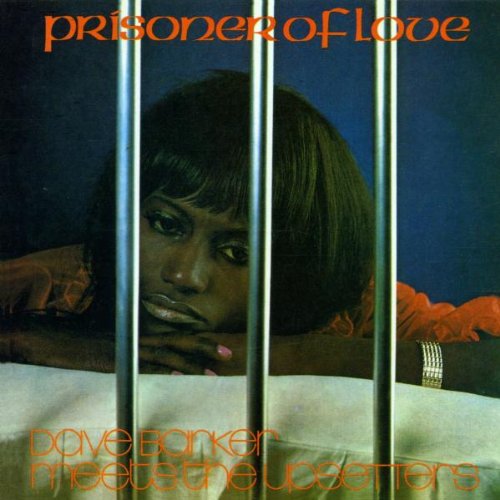 Originally released in 1970, Prisoner Of Love marked Dave Barker’s arrival as one of its most promising and versatile talents on the Reggae scene. Highlighting his skills as both singer and toaster, the set provided an ideal showcase for Dave’s versatility at the mic, while also perfectly illustrating Lee Perry’s rugged production style of the period. 36 years on, this classic album has been augmented with an additional 13 Lee Perry-produced recordings from the period, selected by Lee Perry biographer, David Katz. 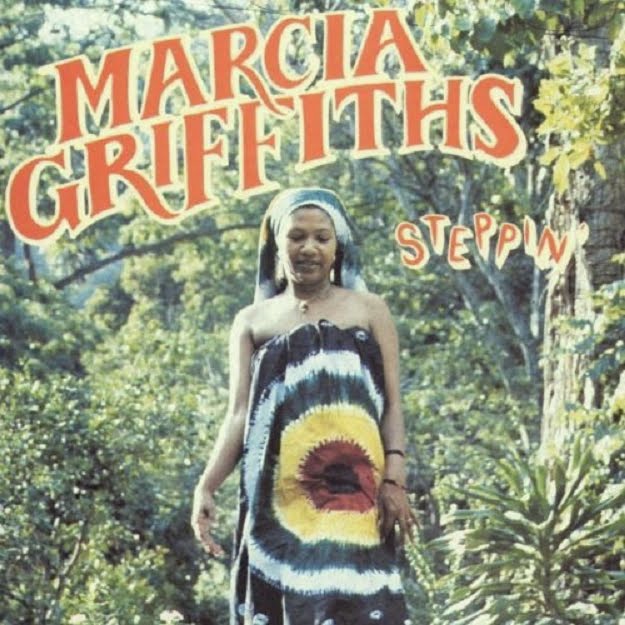 The legendary Marcia Griffiths, the premier popular female vocalist of Jamaican music, is the undisputed champion for recording and releasing hit songs. She is the reigning Empress of Reggae Music. Marcia has been performing professionally for over 30 years, a major accomplishment by any measure, in any field of endeavor. Moreover, the consistency of hits that were released in this era, such as “Fire Burning”, “I Shall Sing”, “You Have Lost That Loving Feeling”, the recent remake “Tell Me Now,” and "Run Up And Down" clearly shows her potential to deliver and prevail.

The first song Marcia Griffiths ever recorded was “Wall Of Love” for producer, Coxone Dodd at Studio One. That song was never released. The first hit single Marcia released was “Feel Like Jumping”, written by Bob Andy, arranged by Jackie Mittoo and produced by Coxone Dodd on the Studio One ( Down Beat) label. Played in establishments like Britannia Bournemouth to the corner pub, the song was well liked all around. Her debut album “Marcia Griffiths at Studio One” was from the same label and producer. This album featured the first combination recording of Bob and Marcia - “Always Together”. Marcia’s second album for Studio One, titled “Truly” was released in 1998 by Heartbeat Records.

In 1970, as a duo, Marcia and Bob had an international hit with “Young Gifted And Black”. They earned a Silver Disc award and released an album with the same name; that album was produced by Harry J. and released by Trojan Records in England and Europe. “Young Gifted and Black” was subsequently released by Motown Records in the USA. The next year (1971) Bob and Marcia had another hit on the London and European charts with “The Pied Piper”. They released a second duet album with their hit as the title track, which was again produced by Harry J. for Trojan Records. After that period of success, Bob & Marcia chose to pursue separate careers. In 1974, Marcia released her second solo album “Sweet Bitter Love”, produced by Lloyd Charmers for Trojan Records.

Marcia has the distinction of having worked with a major record label, Philip Records, in Germany. She traveled to Germany where she recorded with a thirty- two piece orchestra. She even sang two songs in the German language, “Bleib By Sir" (Stay Right Here) and “Alles Ist Wunderschoen,” (Everything is Beautiful). She also recorded an album in Germany titled “ The Reggaes” featuring Marcia Griffiths backed by the Fab 5 band.

Marcia’s venture with a vocal group came about with the formation of the I-Threes. The I-Threes first came together with Judy Mowatt and Rita Marley singing harmony on stage for Marcia. They then started to record and began touring with Bob Marley and the Wailers, from the release of his “Natty Dread” album onwards.

As a vocal trio the I-Threes released two albums, “Beginning” in 1983 and “The I-Threes Sing Bob Marley” in 1995. As well as a number of singles.

Marcia recorded two albums for one of the rare female producers - Sonia Pottinger; “Naturally” in 1978 and “Stepping” in 1979. “Naturally” was singled out as Marcia’s best collection; seven of the ten tracks were written by Bob Andy (Keith Anderson).

In 1985 Sydney Crooks produced “Rock My Soul” which was distributed on the Tuff Gong label of 56 Hope Road. Her next album was “I love Music”, produced by Chris Stanley for Mountain Music. Then came the beautiful “Marcia” in 1989, produced by Donovan Germane for Penthouse Records. In 1990, the third album from Bob & Marcia, “Really Together” was released in London by I-Anka Records. That album contains songs which were produced by Bob Andy in the mid- seventies. The Fourth CD pairing Bob & Marcia, “ Sweet Memories,” was also produced by Bob Andy, and released in London, seven years later.

In 1991, came the revival of a single “Electric Boogie” that was written and produced by Bunny Wailer, some eight years earlier. It became a huge hit surfacing on the Bill Board Charts. Her album “Carousel” followed for Mango Records who had originally issued the single in 1983. “Carousel” was produced by the American team of The Jerks (Raphael, Joe & Larry).

During the 90’ several unauthorised albums appeared on the international market, that has still not been adequately or accurately accounted for.

In 1995 the popular album “Indomitable” was released, produced by Donovan Germain for the Penthouse Label. Two years later she released “Land of Love”, again for Donovan Germain. It was followed by the self-titled “Marcia Griffiths” in the -Collection Series, again on the Penthouse Label. Marcia’s most recent releases are the classic “Certified,” produced by Willie Lindo for VP Records and her newest release, a compilation entitled “Reggae Max”, released by Jet Star Records . She continues to record for Donovan Germain, Beres Hammond and Lloyd Campbell, and she is also doing some new works with Bob Andy.