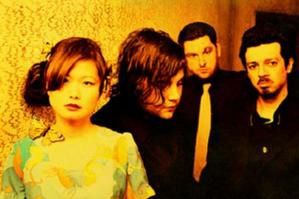 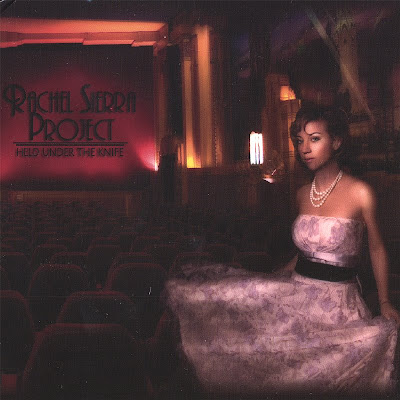 Rachel Sierra has been writing music since the age of eight years old. At just thirteen she began performing her original songs in coffee houses all around the Bay area. She has graced numerous Wineries around Sonoma County with her soulful renditions of great Jazz standards, and performed three years in a row at Sonoma State University's Festival on the Green with her Father's band Hotlips and Fingertips. With fifteen years of experience on the piano and five on the guitar, Rachel has kept audiences intrigued with her heartfelt expressions of life, love, and everything in between. Influenced by everyone from Nina Simone to Ani DiFranco, the Beatles to Bob Dylan, Rachel delivers her powerful lyrics through many different genres of music such as Folk, Blues, Jazz, Funk, and Hip-Hop. As the front woman in her band Higher Funktion, a Humboldt County based Funk/Reggae band, Rachel has seduced many a crowd with her true to life lyrics and commanding stage presence. Higher Funktion performed from 2001-2003 at venues in San Francisco and all over Humboldt County. In 2004 Rachel left the band to pursue her dream of becoming a working performing artist and Enrolled at the Musician's Institute in Hollywood, California. It was there that Rachel met Tre Hardson formerly of the Pharcyde, the legendary Los Angeles based hip-hop group. Tre was quick to recognize her talent and swiftly recruited her for her first inter-state tour singing back up vocals for his solo project with his band Fuqawi. The tour took Rachel through California, Arizona, New Mexico, Colorado, Utah, and Oregon. This would prove to be just a warm up for the summer festivals of 2005 including "Reggae on the River", and the "Reggae Fest 2005" in Truckee, California where she performed along side Michael Franti and Spearhead, The Wailers, and Damian Marley. In September of 2005, Rachel left the country with Tre hardson for her first International tour. The 18 city, eight country, three week tour proved to be the most valuable stepping stone in her career, learning of the hardships and the triumphs that accompany life on the road. Rachel recently signed to Arthropoda Records in November 2006 based in her hometown of Los Angeles, California. Held under the knife is the Rachel Sierra Project’s first full length recording, released January, 2008. the Band Members are Blair Shotts (Drums), Christopher Freeman (Bass), Tiffin Roley (Guitar).
Other players on the Record include The Under the Knife Choir (Back-up vocals); Angela Carole Brown (Back-up vocals); Ryan Cross (Stand up Bass, Cello); Mark Indictor (Violin); Early McCallister (Saxophone); Mike Daigeau (Trombone); Elliot Deutsch (Trumpet); and Lance Morrison (Guest Bass).
permalink
Note :

Neil Young - Fork In The Road

Botany Bay - I'll send a postcard when I'm there

To shorten the wait for their next album, Botany Bay have just released a new EP featuring two brand new songs, remastered versions of their post-"Grounded"-tracks, and one remix.
permalink 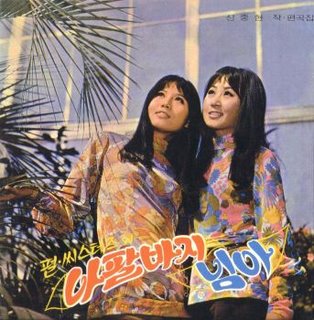 Bae In Soon didn't even consider herself a singer on that fateful night in 1967 when, on a whim, she decided to enter a singing contest hosted by the 8th US Army. But then she won. And if you've ever had the eyes of a hundred handsome soldiers locked on you for seven minutes straight then you understand why she was instantly hooked on the entertainment industry. That very night she convinced her sister Bae In Sook to become her partner and together they formed The Pearl Sisters. The only problem was their complete and utter lack of musical skill. Sure they could sing, but could they write songs or play any instruments? Hellz noou, as they say in Little Korea. But never fear, Pearl Sisters, the Godfather of Korean rock is here! Shin Jung Hyun was already producing some of Korea's best female artists, including Kim Chu Ja and Park In Su. The moment he heard the sisters' raw talent trapped in such a coarse shell he made it his mission to culture a pearl. Uh, make that two pearls. Within months they were ready to record their debut. The album was a smashing success, selling over 1 million copies, and the Pearl Sisters became fixtures on the Korean music scene. It Is Unpleasant A Cup Of Coffee The Delay Which Is Poor Sadly, the sisters had a falling-out in the mid-1970s. Bae In Soon quit the music business all together, but luckily her younger sister launched a solo career right at the dawn of the disco era! Her music will be featured in a later post.
permalink