Growing up in Louisiana was a very profound experience. It was the perfect environment for me to cultivate my skills as an aspiring jazz artist. Though I decided to relocate long ago, I felt it only right to return in order to record an album with my friends and fellow artists who still reside there. I can remember a strong sense of community when I used to live there. In fact, the reason why my family moved there was because my father (Owusu Bandele) had decided to teach at Southern University so that he would be able to contribute to the commuinty by assiting African American small farmers. That same sense of community was also evident in the fact that so many successful jazz artists would come back home (Wes Anderson, Wynton Marsallis, and Troy Davis to name a few) to perform at local clubs and participate in workshops for young jazz musicians. So much has changed since I left, and yet a lot has remained the same. I decided to drive down to New Orleans from Chicago to record in the only standing recording studio at the time (Word of Mouth studio), bringing with me my longtime friend and fellow musician Fred Jackson, and also one of Chicago's finest vocalists, know as Yaw. The recording session was nothing less than magical- especially considering that we recorded with no rehearsal and none of the other musicians were previously exposed to the music. I had no doubts that the sessions would be great, knowing that the musicians that I chose are all very creative and talented. Though I had left Louisiana long ago, there was still a very powerful chemistry between all of the artists present at the recording session. It is truly a blessing to work with such gifted individuals. I must say though, that there was also a sense of heaviness in the air, being that New Orleans was still in ruins due to hurricane Katrina. Even though the city was torn and tattered, it was good to see that the spirit of the people still living there could not be broken.This album serves as my dedication to New Orleans so that I can give something back and show some respect and appreciation for the forgotten city that has contributed so much culture to the world.

By Ian Johnston from http://louderthanwar.com

Quick, call the fire brigade. Having caused a succession of sizable tremors on the London gig circuit, consistently confounding expectations and drawing an ever-wider audience, the superb Florence Joelle’s Kiss of Fire combo finally release their eponymous red-hot debut LP. Drawing upon classic whacked-out America roots music and injecting it with her own je ne sais quoi, Florence Joelle and her highly distinguished ensemble (featuring the notorious leftfield occultist filmmaker Arthur I Walked With A Surrealist Lager on spooked voodoo drums and Flaming Star stalwart Huck Whitney playing mercurial lead guitar) have fashioned a sound that is simultaneously timeless and yet entirely current. A neat trick if you can pull it off, and Florence Joelle’s Kiss of Fire have done it with acres of style to spare.

Whether on the inspired covers (early jazz/swing drummer Chick Webb’s Mary Jane suffused ‘When I Get Low I Get High’ and the benchmark 1950s rhythm & blues opus ‘Unchain My Heart’) or Joelle’s highly evocative original compositions (the opening propulsive statement of intent – with Lager freely channelling Sandy Nelson and the zombie beat of Nick Knox – ‘Hell Be Damned And Look Out (You May Only Live Once)’, Latin flavoured ‘Watermelon Gin’, the rockabilly empowered ‘Never Thought I’d See The Day’, the licentious rhumba influenced ‘Gypsy Boy’ and the yearning ‘Stardust Merchant’), Florence Joelle’s Kiss of Fire ignite passion, drama and dancing feet. Florence Joelle’s Kiss of Fire act as an intoxicating conduit between such vital contemporary figures such as Marc Ribot’s Los Cubanos Postizos, John Zorn, Chuck E. Weiss and Tom Waits with French chanson, vintage rock ‘n’ roll, loungecore and enduring jazz standards. In short, Florence Joelle’s Kiss of Fire is one hell of a heady brew that should be imbibed in one sitting.

Perhaps even more importantly, Joelle’s wonderfully fractured and totally unaffected emotive voice speaks of experience and of a life lived to the hilt. The highs, the lows, the agony, the ecstasy – its all here, unadorned, unfettered and cut loose by a committed bon viveur. Florence Joelle is a very welcome antidote to the bland and airbrushed female vocals that currently infect popular music of every shade. As a girl growing up in Paris, Florence obviously collected and listened to early blues, doo-wop and 50s rock ‘n’ roll. She has distilled these influences, together with the Parisian street music of bal musette and North African rai, into her own potent form of musical expression, powered by Lager’s bad juju percussion and Whitney’s angular guitar lines. If you dig Gemma Ray or Richard Hawley, you should definitely find Florence Joelle’s Kiss of Fire dramatic widescreen sounds highly combustible stuff. Vive la difference! 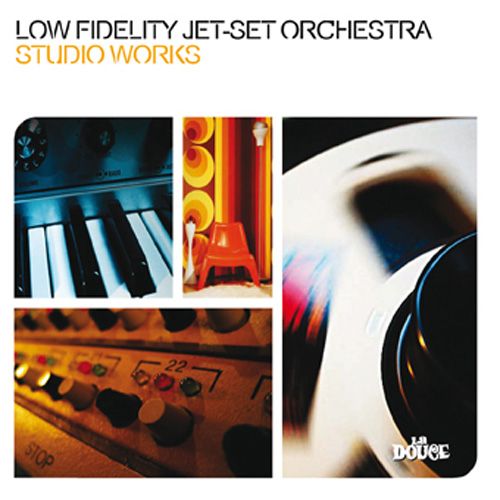 Low Fidelity Jet-Set Orchestra is a spin-off from Modulo 5, also on Irma.

This album is a fusion of Nu-Jazz and Electronica, bearing something of a cinematic style. 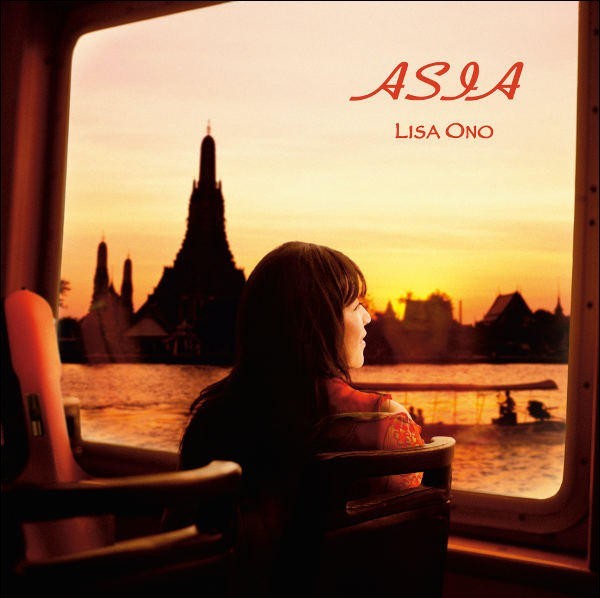 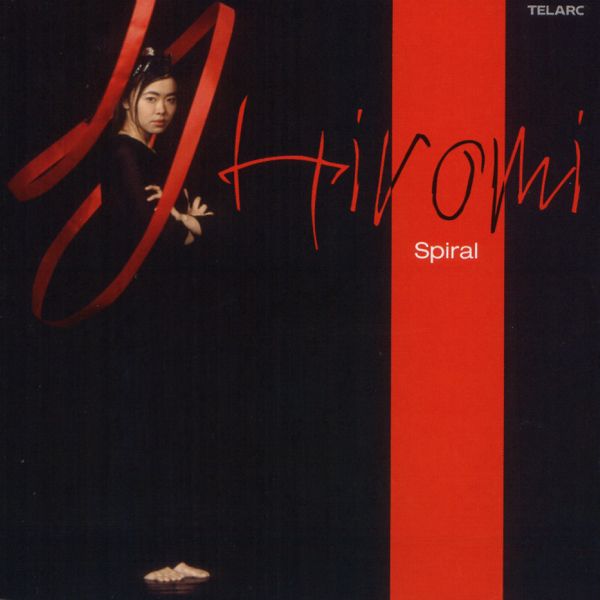 William Parker - Raining On The Moon 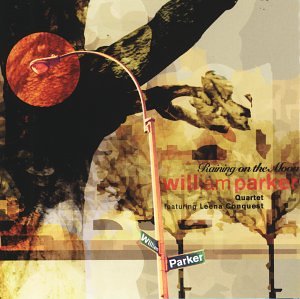 By Chris Dahlen from http://pitchfork.com

We argue now and then around the 'Fork office about whether or not "jazz is dead." My take: it's not, and Thirsty Ear's Blue Series is the evidence. Despite the genre's recent bout with hard times, its artists-- from Matthew Shipp, to John Zorn, to David S. Ware, to William Parker-- continue to merge new ideas with new technology, breaking many of the old laws of conventional jazz while still adhering to its base policies. With the ground broken by these artists in recent years, jazz, at least in the underground, is finding a new audience, and even enjoying something of a renaissance-- Blue Series curator Matthew Shipp broke records when, earlier this year, his Nu-Bop LP became the first album ever to debut at #1 on CMJ's college charts.

The Blue Series is tailor-made to grab new listeners and convince that jazz is alive and doing damn well, thanks very much, with releases showcasing this new, boundary-pushing jazz music. William Parker and Matthew Shipp, in particular, have anchored many releases that take the best living improvisers and throw in something 'extra'-- sometimes a DJ, sometimes an programmer/electronics guy, or in this case, a singer.

On Raining on the Moon, Parker's quartet-- with Louis Barnes on trumpet, Rob Brown on alto and flute, and the extremely simpatico Hamid Drake on drums-- is joined by Leena Conquest, who sings Parker's lyrics with a deep, compelling voice. Like Parker's bass, Conquest's vocals fluctuate between the bold and the yearning, always reaching for the fantastic from a deep-rooted center. And what she reveals about his vision makes this album as essential as his other recent projects, as well as a fine place for beginners to start exploring, as it's probably the most accessible.

William Parker pursues spirituality through hard work. He plays bass as if reaching heaven is a matter of steadily, repeatedly knocking until someone opens the door; he's one of the avant-garde jazz players most dedicated to the pursuit of higher purpose and heightened awareness in music, and he approaches it with a heavy, elemental tone. His poetry, which he has rarely recorded, has the same character: it's full of images that emerge steadily and deliberately, using simple words to evoke rich colors and sounds. Take, for example, these lines from "Song of Hope": "I have a rag doll filled with light and when I squeeze it the world gets brighter and brighter.../ I clap my hands and birds fill trees with sweet melodies."

On the album's centerpiece, the ambling, fourteen-minute title track, Conquest sings about an America turned upside down. Every wrong is corrected: the Native Americans take the presidency, and "the White House is now the Red House"; Columbus Day is off the calendar; millionaires hand their money to the poor. It's a great riff, slowly growing more serious and pseudo-Biblical when everyone who's been lynched comes back to life. The victims forgive their killers: "If you knew what you did you'd be evil... and I know you're not evil." The song swells and rises, yet it never erupts or loses balance: Parker and Drake stay the course, Parker's tone sounding like a man moving heavy furniture while Drake's hi-hats shuffle around him.

On two tracks, Parker plays an African Harp called the 'donso ngoni,' and echoes the reflectiveness of the New York loft jazz sound; there are also two instrumentals, the bright "Hunk Pappa Blues" and the ballad "Old Tears," where Barnes and Brown stretch out beyond the commentary and interjections given to the other tracks. The album generally sticks with a strident, determined tone, with echoes of 60s and 70s protest music-- Conquest often evokes the spirit of, say, Abbey Lincoln on Max Roach's Freedom Now Suite-- yet the lyrics don't signify opposition so much as they dream of alternatives: a better world, more justice, watermelons that grow on trees... These are wild visions, but they sure seem real, and even attainable, when Conquest sings of them.

Hebert-Carrington Media (HCM) co-founder ... Media Entrepreneur, Drummer, Composer, Producer and clinician Terri Lyne Carrington has been at the top of the music industry for almost 25 years, collaborating with luminaries like Herbie Hancock, Wayne Shorter, Al Jarreau, Stan Getz, David Sanborn, Joe Sample, Cassandra Wilson, Clark Terry, Nancy Wilson, George Duke, Dianne Reeves, and numerous others.  She recently returned to her hometown where she received an honorary doctorate from Berklee in 2003, and was appointed professor at Berklee, her alma mater. Carrington also is Artistic Director of The Berklee Beantown Jazz Festival.

Terri Lyne has recorded an ensemble CD with some of the world's top musicians, performing music that celebrates different aesthetics in music and in life.  "The Mosaic Project" is a celebration of female artists with Terri Lyne being joined by some of today's most celebrated female instrumentalists and vocalists in the world, 'women with voices,' coming together to support and celebrate each other from a musical and social perspective.

Harpist/pianist/composer Iro Haarla rose to prominence as the arranger/orchestrator for drummer/leader Edward Vesala's Sound & Fury, producing definitive European jazz classics such as Lumi and Ode to the Death of Jazz in the ensemble's pomp, and this recording features bassist Uffe Krokfors from that uniquely influential group. Also on board are three quintessential ECM artists: drummer Jon Christensen, trumpeter Mathias Eick and saxophonist Trygve Seim, and they address Haarla's 'free ballads' with all the slow-burning intensity, considered strength and dignity that her utterly individual music demands.

Stately, thoughtful, often melancholy but undeniably powerful, Vespers is almost exclusively composed of slow, stately, rubato themes with titles such as 'The Shimmer of Falling Stars' and 'The Warm Currents of the Sea', which the various band members play rather as though they have been given a vague map detailing prominent landmarks on the route to a common destination but have been left to choose for themselves the precise path taken between them.

The resultant music is thus 'free' to the extent that it has no regular rhythm, proceeding instead in surges and wafts, like a natural phenomenon, but of course this sort of jazz is ECM's speciality, Haarla is among its most skilful exponents, and her band likewise, so the album has a satisfying organic cohesiveness, and will undoubtedly delight her many admirers.

Tracklist :
1. A Port On A Distant Shore
2. Vesper
3. A Window Facing South
4. The Warm Currents Of The Sea
5. Doxa
6. Satoyama
7. The Shimmer Of Falling Stars
8. Returning Home
9. Adieux