Tracklist :
01 The Homeless Wanderer
02 The Last Tears of a Deceased
03 A Young Girl’s Complaint
04 The Mad Man’s Laughter
05 Presentiment
06 Mother’s Love
07 Ballad of the Spirits
08 The Song of the Sea
09 Homesickness
10 Golgotha
11 The Jordan River Song
12 The Garden of Gethesemanie
13 The Song of Abayi
14 The Story of the Wind
15 Evening Breeze
16 Tenkou! Why Feel Sorry?

The 21st volume in the grand Ethiopiques series (that reflects how deeply the country's popular music traditions are steeped in American and European colonial sources) is dedicated to the solo piano works of the outstanding composer and performer Emahoy Tsegué-Maryam Guèbrou, a daughter of Ethiopian high society who chucked it all to become a nun in the nation's Orthodox Church. Tsegué-Maryam Guèbrou was educated in Europe. She played violin (under the tutelage of Polish émigré Alexander Kontorowicz). She took up her piano studies while in the convent and teaching at an orphanage. Her first recordings -- two LPs -- were issued in 1963, when she was 40. The first nine cuts here come from these two albums. Guèbrou showcased her classical training on much of the first offering. But the opening cut also displays her incredible ability to play an extremely melodic blues piano as read through the great jazz masters of the instrument. One can hear a bit of Albert Ammons, a bit of Count Basie and Oscar Peterson, and even a trace of Art Tatum in "The Homeless Wanderer." She sticks to her wonderfully haunting classical compositions until "Presentiment" (track five), where she returns to the deep blues, which are nonetheless played light and airy in the middle and upper registers of the piano. Jazz injects itself deeply into her playing on the second recording, beginning with "Mother's Love." There is a spaciousness in her playing that is remarkable, and it is very much like song. "Ballad of the Spirits" may be an obvious example, but it is far from the only one. Her sense of phrasing is rhythmically complex; she shape-shifts, straying from standard time signatures into something more mercurial without losing form. On this tune one can hear Beethoven and Teddy Wilson. "The Song of the Sea" is the longest composition here. Clocking in at just under nine and a half minutes, it is complex yet utterly engaging. Here, scalar forms and ostinati assert themselves in the theme, which returns over and over again throughout. But the improvisation on the original changes is remarkable; it feels as if the piece is in three movements, and a different kind of improvisation is featured in each. The harmonic invention and the melodic interplay between her hands are seductive. There are three other tracks here from an album Guèbrou recorded in 1970 while in Jerusalem on pilgrimage. These, "Golgatha," "The Jordan River Song," and "The Garden of Gethesemanie," are among the strongest works here. Even as they engage classical themes, especially on "Golgatha," the early jazz of Fats Waller and Jelly Roll Morton is whispered into the body of these compositions. The final four cuts here come from an album issued in 1996 while she was living in the convent. These four pieces are evidence of the complete realization of her craft. Guèbrou's meld of blues, classical, and gospel music filtered through a jazz pianist's sense of time and voicings is unlike anything anyone has ever heard. It's ethereal yet rooted in the Ethiopian Orthodox sung tradition; it's gauzy and fluid, yet worldly in its command of the musical languages she has chosen to display. It's precise and ordered, yet unfettered and free to drift. It feels like songs of praise, prayer, charming conversation, and partying all rolled into a single exquisite voice that contains many. Fans of Abdullah Ibrahim's township-informed solo work will find this set intoxicating and irresistible, yet she sounds nothing like him, or anyone else. The Ethiopiques series has unearthed other soloists, but this volume stands out for its lyricism, its mysterious emotional depth, and its utter musical mastery.
Thom Jurek, All Music Guide
permalink
Partager cet article

Découvrez la playlist Ethiopiques Vol. 04
Musically trained in London and schooled in the club scene of mid-’60s New York, Mulatu Astatke stands as the exceptional musical innovator of the Ethiopian groove. Starting in 1969, he created the first bands independent of the military, which had previously dominated the country’s music scene. Having immersed himself in Caribbean music, funk, jazz and Latin grooves during his lengthy stint abroad, Mulatu returned to his native land to give rise to a brand new sound. An album of instrumentals, Ethiopiques Volume 4 is a case study in the inventive blending of influences that comprised the Ethiopian groove. Strains of funk and reggae timings permeate the thick and chunky bass lines, which are pushed prominently forward in the mix. Multiple saxophones swirl with the hypnotic, snake-charming sounds of the East, while at the same time resonating with jazzy tones reminiscent of John Coltrane and Lester Young. Guitar is a main ingredient here, growling with funky distorted wah-pedaled fuzz riffs that sound like they were lifted straight out of an early ’70s black-exploitation flick. Drums and percussion combine the punchy funk of James Brown and the Meters with the heavy Latin rhythms of Mongo Santamaria and Willie Bobo. Fusing all of these elements together, Mulatu unleashes a potent brew of afro-jazz grooves that pull you in and leave you in a mystical trance-like state. Whew! Even when the record stops, these mood-inspiring sounds linger on like a drug. Get your head on right, light a candle, sit back, and you too will understand… Tropical in its roots, funky and intoxicating in its impact, Mulatu Astatke’s distinct brand of Ethiopian music features some of the most soulful hip-grinding instrumentals ever recorded in Mother Africa. 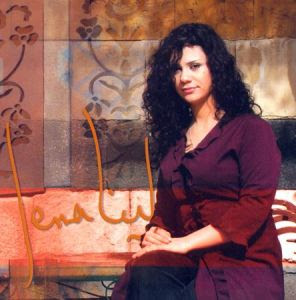 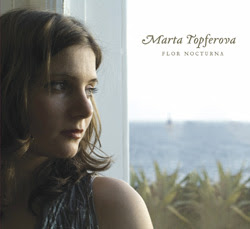 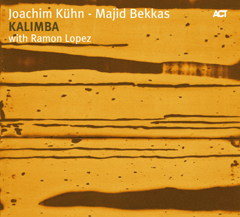 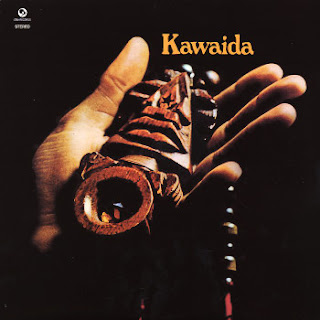 A super-hip batch of soul jazz tracks by Albert Toodie Heath of the Heath Brothers -- working here on a rare session as a leader, with a sound that's right up there with the Heath Brothers' early work for Strata East!! The lineup is incredible -- as Heath is joined by players that include Don Cherry, Buster Williams, Mtume, Herbie Hancock, Jimmy Heath, and Ed Blackwell -- all coming together for a session that's nearly lost to the history books, but which is one of the strongest spiritual jazz sessions of the late 60s! Herbie plays all acoustic piano throughout, and the tracks are long, leaping, and loping -- with stretched-out spiritual solos from Jimmy Heath and Don Cherry -- and a proud and righteous sound that's extremely free-spirited without going too far out! Titles include "Baraka", "Maulana", "Dunia", and "Kamili".
permalink

Urszula Dudziak (born October 22, 1943) is a leading Polish jazz vocalist. She has worked with such artists as Krzysztof Komeda, Michał Urbaniak (her ex-husband), Gil Evans, Archie Shepp, and Lester Bowie. Her 1970s song "Papaya" gained widespread popularity in Asia and Latin America in 2007.