Heather B.- Takin Mine 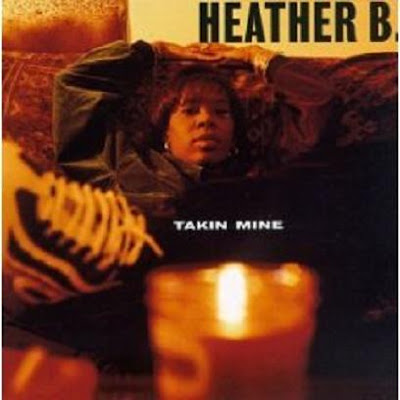 Takin' Mine is the debut album by rapper Heather B. It was released on June 11, 1996 through Capitol Records and was almost entirely produced by Boogie Down Productions member Kenny Parker, with one song done by production group Da Beatminerz. The album was minor success making it to 36 on the Top R&B/Hip-Hop Albums and 14 on the Top Heatseekers, and spawned three charting singles, "All Glocks Down", "If Headz Only Knew" and "My Kinda Nigga", each of which found decent success on the Hot Rap Singles chart.
permalink 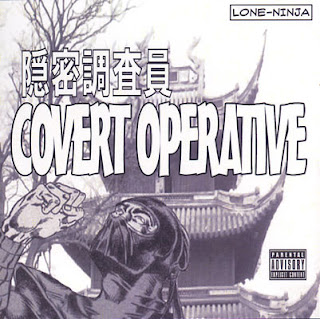 If the ninja samples presumably taken from a '70s pulp ninjitsu film seem highly derivative of the Wu-Tang Clan (and they obviously are), listeners will be surprised to find that Lone Ninja is much more DOOM than Dirt McGirt. The swordplay and dojo references are not to be taken metaphorically as Lone Ninja is apparently quite self-serious about his title, never really stepping out of character on "Covert Operative." That being said, the concept is never played for humor (as we'd expect from DOOM), so those with no interest in hearing a grown man string multi-syllable rhymes together about the life of a modern day ninja, pay no heed.

As an emcee, Lone Ninja has a strong vocabulary (including various ninja rhetoric) and an impressive rhyme scheme nailed down. However, his leisurely, monotone flow is far from engaging, and with only a single guest feature on the eight-track EP, it doesn't take long to grow old. It's not surprising, then, that the highlights of the record come early. On "Lingual Ninjitsu," Lone Ninja goes off:

"Spark the fuse, when nigga blaze I'm a raging inferno
My soul, you cannot phase 'cause its age is eternal
Turn the page in the journal, learn that I'm a brazen colonel
Who's not afraid to raid, so this may concern you
Invade your circle, sabotage your plans
Your squad disbands, your mans went as far as he can
Your aura's a sham, I'm the truth revealed
I'm a brute you should salute for real, ruthless and ill"

The following cut, "Choose Your Own Adventure," features the EP's best production (all of which was handled by Twin Perils partner June Marx), a beat reminiscent of GZA's "1112" with its blending of samurai theme music and boom bap. Lone Ninja rhymes "conquistador" with "beneath the floor," and it's the closest we get to a song that works both musically and lyrically. Thereafter, it's pretty much more of the same with little variability of quality, as the production changes pace almost as rarely as Lone Ninja's flow. The aforementioned lone guest spot is from June Marx, whose more accessible flow is a relief, but is gone in sixty seconds like Nicolas Cage is (see: Tonedeff). I'm not sure if it's just my copy or not, but the last track, "Stand Firm" cuts off unexpectedly and is two minutes shorter than the liner notes claim. It's perhaps unintentional irony, because a minute and a half at a time is the best dosage of Lone Ninja, a talented lyricist without an understanding of how to make good music.

On “E&R,” left-field rapper — and that’s deep left-field — Dudley Perkins looks around the room and notices “We gotta lotta fake people here this evening.” “We gonna expose and remove” he continues, and then proceeds to chant down the walls of Babylon by calling out John McCain, Louis Farrakhan, Miss Cleo, and many others, all over a broken version of the George Clinton beat courtesy of the album’s sole producer, Georgia Anne Muldrow. Besides these ghosts that the track exorcises Lee “Scratch” Perry-style, there isn’t a lick of “fake” on Holy Smokes, an album that shares its release date with Muldrow’s own Umsindo. Both albums are inaugural releases for the duo’s own SomeOthaShip label and are accordingly free of outside influence, allowing Perkins to follow any of his ideas down the funky rabbit hole while letting the conspiracy theories fly, like on the apocalyptic “Chem Trails” (”Look ma/In the sky/They tryin’ to kill us”). The skits and interludes are plentiful and, in the case of this free-flowing album, essential while falling into the categories of either far-out poems or terrifying political rants. Perkins’ stream-of-consciousness lyrics are in overdrive and often nostalgic for the funky and boogie-filled slang of the ’70s, but his unwillingness to connect is as firm as ever, something that’s underlined twice when “Understandment” spits “If you can’t understand this/This ain’t for you.” Holy Smokes is as strange and otherworldly as the Tokio Aoyama cover it sports, and when you add Muldrow’s off-kilter funk as the base along with the decline of Western civilization as the inspiration, this could easily be considered Perkins’ most difficult album to date. It’s also his most rewarding, growing with every listen and revealing its secrets little by little.
permalink

Soldout - Hits from the van One of the best Live Hip Hop Bands of the mid 90's. Had major label interest before they broke up in 1999. Out of California, featuring Bargain Music Guitarist Zippy and Shakedown singer/guitarist Mark Kinyon, Two of today's best bands in California.

GET THIS CD NOW ON ITUNES ONLY! AS IT IS OUT OF PRINT. Soldout was one of the best live hip hop bands in California from the mid to late 90's. They were also the first ever act on the up and coming Independent label out of Northern California Root One Music. Before the craze of Kid Rock and Limp Biscuit there was Soldout. They Played a number of shows with long time Sacramento friends Filibuster, as well as with much of the Skunk Records lineup, including Slightly Stoopid, Long Beach Dub All-Stars, and Sublime. Although Soldout is no longer together, One can see what a great band they were by where their members are today. Lead guitarist Zippy is now the man for Huntington Beach's Up and Coming Bargain Music. Singer/Songwriter/Guitarist Mark Kinyon now plays lead and sings for one of California's best bands, Shakedown, whose CD "Call It What You Want" is also available from Root One Music at this site. (cdbaby.com/shakedown) Finally the Bass player of Soldout was Mark Gottlieb, who now is an audio engineer at the world famous Hit Factory in New York. Be sure to check out this early album from some of California's hottest musicians of today.
permalink

Dreddy Kruger - The a and r experience 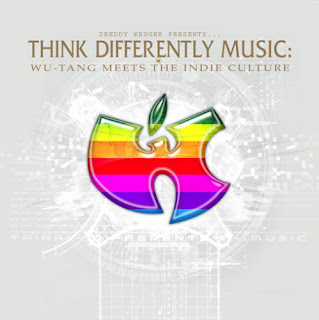