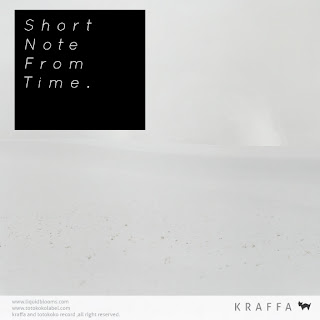 Very nice electronica of Kraffa ( Thailand ). Deep and hypnotic tunes for your ears...About his music, Kraffa said : '' My music is like a craft work starting from concept then thing about materials and main purpose and then do itlittle by little until it done. '' Once again, this is a Totokoko netlabel release !

It's not so uncommon to see classically trained pianists turn to electronic music production. After all, it's not a huge stretch from the piano to a midi controller keyboard. It's considerably rarer to find producers who are actually cellists and violinists by training. But Rena Jones is certainly not your garden variety producer. She's a multi-instrumentalist and sound engineer with more than 20 years of classical violin study and 12 years of the cello behind her. That background is reflected in Indra's Web, her fourth solo album and the first on her newly established label, Cartesian Binary Recordings.

Indra's Web weaves together weighty downtempo electronica with swooning modern classical, with Jones backed up on more than half of the album by three string players from the New Millennium Orchestra. Jones is also credited with vocals, mixing, programming and Rhodes, and the album also features a live drummer, a clarinetist and a vocalist.

In addition to the graceful strings, the album is marked by a hefty bottom end and gently skittering percussion. And the intricate and spellbinding compositions, which do full justice to the album's name. Indra's Web is a metaphor found in Buddhism and Hinduism for "the structure of reality, representing the interconnectedness and interdependency of all things, describing a rich and diverse universe where infinitely repeated mutual relations exist between all its elements and entities."

That's as good a way as any to describe the music. It immediately grabs hold of you and sucks you in but the songs are not so easily digested on first listen. They're subtle and, like elaborate labyrinths, they take time to reveal themselves. You need to explore the nooks and crannies before you can find your way out. But they're beautiful, enchanted labyrinths, green and flowery, and time moves in hazy slow motion inside them.

I will resist the urge to discuss individual songs (except to say that the one-two punch of On the Drift and Point of Existence is a knockout). Suffice it to say that Indra's Web is an extremely rewarding album and unique in the way it combines beat-driven electronic music with classical moods. It's seamlessly done, blurring completely the lines between genres. It's as good an illustration as any of the inevitable futility of categorizing art. This is simply beautiful music that will endure.

The Cinematic Orchestra - Man With a Movie Camera

Tokyo’s Shimokitazawa district has continually been one of the hot spots for indie rock action, and over the past several years, numerous groups sporting a laid-back style have come to the forefront of the scene. Amongst these musicians (loosely grouped under downtempo), Spangle call Lilli line has arisen as one of the flagship bands.

In keeping with Spangle call’s standard rock instrumentation, their style reaches well beyond downtempo, a relaxed and heavily electronic genre. While the band is often described as post-rock, their sound is more of a compromise between the two. Songs are not bound by verse-chorus convention, but drift lazily, guided by a light melody. The guitars and varied percussion together with numerous (and frequently spacey) electronic additions weave a sound that, while complex, flows very evenly. Otsubo Kana’s wispy vocals contribute an organic piece to the melody as well, while adding to the relaxed atmosphere.

Spangle call Lilli line’s beginnings trace back to Otsubo and Fujieda, friends from art school, who began playing together in December of 1998. Sasahara and drummer Kabasawa, also friends from university, joined in 1999 and 2000, respectively. The band was christened “Spangle call” (the “Lilli Line” to come later), derived from a Japanese pronunciation of “spangle” (“supankooru,” chosen for its sound), while the “call” was a continuation from the “kooru” of “supankooru.” Their self-titled debut was issued in March of 2001 on P-Vine, a label known for electronic and jazz units including Date Course Pentagon Royal Garden and Otomo Yoshihide.

The band continued their trademark style through their third album, 2003’s or, in which they aimed to consummate their established sound. The trying studio work leading up to or proved to be the band’s breaking point, causing mental breakdowns in Otsubo and the February 2003 departure of their drummer, who had provided much of the creative direction for the album. With Kabasawa gone from the lineup, Spangle call was free to indulge in influences such as R&B, soul, and Motown that their drummer, who had an affinity for lo-fi and post-rock, did not favor.

These changes surfaced in Spangle call’s April 2005 album Trace, which was nearly two years in the making (excluding their live release 68SCLL). With Trace, the members recount that they were looking to remove the excess from their music and sound like a new band, as if the album was their debut. The new release was indeed different from its predecessors, with a poppier, R&B style and tracks that were, on the whole, shorter than the usual Spangle call fare.

Shortly after Trace, the release of For Installation, more in tune with the band’s classic style, ensued in June. The tracks are mostly comprised of studio outtakes, but according to Fujieda, “the feeling of the album will be clearly different” from that of Trace. Though nothing has been formally announced, the enterprising trio is gearing up for another release in the future. 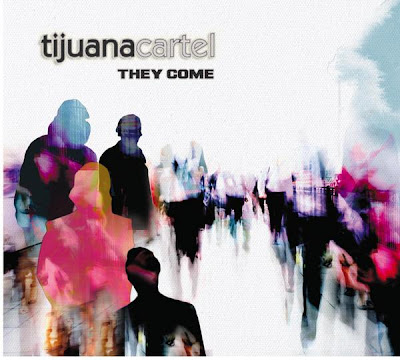 TIJUANA CARTEL The Gypsy Dance Caravan Returns Bring those you love and come prepared to dance. TIJUANA CARTEL - If Carlos Santana had been hanging out in Iraq for the last 10 years then he would have to sound something like the Gold Coast’s own Tijuana Cartel. Tijuana Cartel express phenomenal diversity and introduce a somewhat intelligent and original sound to the ear, bringing flamenco guitar, slide guitar, MCs,trumpet, live and electronic percussion, and scratch DJs to the live forum. Their musical energy & unrestrained delivery is thrilling audiences wherever they perform. Their tunes meander their way across the bumpiest musical terrain, a rhythmic body moved with stately deliberation creating inspiring & infectious rhythms that you just cannot help but dance to. It is a live show not to miss.. Their performances are a concoction of multi-layered grooves, splashes of Middle Eastern vocals, lilting Moby-esque soundscapes, Flamenco and slide guitar, trumpet, electronic world beats and percussion all randomly supported by poetic social commentary and song courtesy of MC Regan Hoskins. “Tijuana were the hit of the festival - no-one knew what to expect and everyone was blown away.” Phoebe Corke Earth Dance Promoter WA Tijuana Cartel houses Paul George and Carey O'sullivan as co-producers, guitarists and keyboard players. Regan Hoskins as MC & Daniel Gonzalez as percussionist and a growing list of guests as live feature artists featuring DJ Freddie FlyFingaz and Trumpet Player Shannon Van Horn. Having just spent 10 weeks in Beijing, China playing 5 nights a week during the Olympic period in the hottest bar in town the guys look forward to returning to tour Australia over the summer, playing some new tracks, along with the eclectic array of funky flamenco dance tunes that they have now become renowned for. With upcoming performances at Caloundra Music, Groove and Grape, Peats Ridge, Mullum, Byron Bay Arts and Yamba's Surfing the ColdStream Festivals as well as their regular residencies and regional tour dates down the East & West Coast of Australia, no matter where you are over this coming Summer, you are sure to hear the Funky Flamenco Dance tunes of energetic live act - the Tijuana Cartel Tijuana Cartel released their debut album Frequent Flyers – Redeemed nationally on December 1st 2007 to rave national reviews.
permalink 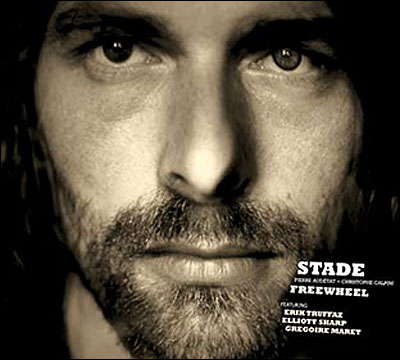