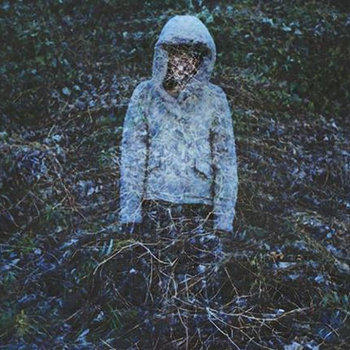 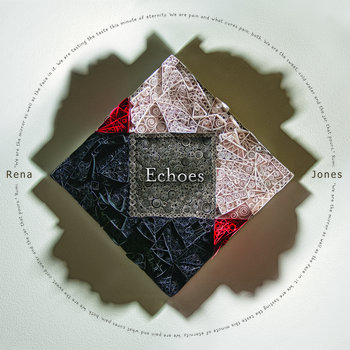 Unlike Rena’s previous releases, Rena has chosen a new path to make a truly collaborative and live studio album while still holding true to her unique take on down-tempo music.

Rena Jones has taken the electronic world and put a warm soothing coat on it. With her epic compositions in which she uses a variety of electronics, synths, beat machines, sound design, analog gear and traditional instruments, she has earned a coveted place among those who seek to meld the electronic and human elements of music.

Her previous albums have been chosen in the top 25 essential albums of the year on NPR Echoes Radio and has gained her a devoted international following.

Staying true to her roots as a producer, “Echoes” is another concept album exploring the ideas of duality and inspired by the great poetry of Rumi ~

All music written and recorded by Rena Jones unless otherwise noted

“All That Ever Was”

This album should really be called me and everyone amazing that I know and love…. I am deeply honored by the love and work that several artists contributed to this album. From the Indiegogo support to all the amazing artists who took time to help me in my vision for this record as well as all of my wonderful friends who have shown me inspiration and support over the years.

Growing like wildfire under the canopy of live electonica and world roots music comes a masterful merge of modern technology, live instrumentation and seductive performance, built of brass bands and glitch, string quartets and dubstep: the musical trio Beats Antique.

Since the group’s inception from the eclectic underground of San Francisco’s performance art scene, Beats Antique has been notorious for making it nearly impossible to sit still. They meld their mediums as attentively as they fuse the cultures that inspire their sound. All self produced and composed, the trio creates a unique collage: an animalistic, raw musical event that blurs the lines between the provocative, the spiritual, and the artistic, while still maintaining an allegiance to the muses of class and beauty.

The journey that led to Beats Antique today was a winding and twisted path from the west coast to the ancient trade routes of the silk  road. In this modern incarnation, the musical alliance of producers David Satori and Tommy Cappel is inspired and emphasized by their collaborative partnership with world-renowned belly dance performer and music producer Zoe Jakes.

David Satori and Tommy Cappel both trained classically before venturing to locations such as Bali, West Africa, Serbia and beyond. With extensive backgrounds in multicultural music production, and the passports to prove it, Satori and Cappel command the spectrum of live and digital instrumentation, born from Hip Hop and old school jazz.

Zoe Jakes adds a third dimension as the multi –cultural and –disciplinary dance counterpart to Beats Antique’s sound. Jakes has worked with 2  major dance troupes, Miles Copeland’s Bellydance Superstars and Rachel Brice’s Indigo Belly Dance Company, a student of ballet and contemporary techniques. Jake’s additional history with Cappel in the Extra Action Marching Band and the Yard Dogs Road Show grants some insight into the caliber of performance that is Beats Antique’s standard.

All of this sets the scene for Beats Antique’s overtly ambitious stage show, a sensory overload conquest of the festival circuit’s most riotous events, such as Lollapalooza, Austin City Limits festival, and Outside Lands, as well as a catalog of proper tours that include Bassnectar and a recent run with Les Claypool of PRIMUS in early 2010. According to Satori, the trio is excited by their ability to create a huge sound from their relatively small setup. “It gives us this whole new world of musical opportunities that we’re just starting to scratch the surface of.”

In a prolific 3 years since Beats Antique emerged, the group has released 2 albums and a pair of EPs, with a third album, Blind Threshold, on the way. Notable features of the new release include vaporous violins and Danny Elfman-esque dementia; glitchy, laser-guided harmonica provided by Blues Traveler frontman John Popper; and 2 very different vocal tracks that range between restless pop hooks and vibrant Eastern European dance loops. All wrapped into an intricate collection of heavy beats and sub bass.

Beats Antique is best imagined as an innovative creature built from the cumulative heritage of the world’s music chasing its tail. However vivid that image, when a marching band groove crashes into bluesy folk chords only to be accompanied by electronic beats and Middle Eastern melodies, you’ll still be surprised.

Simon Green was born and grew up in rural Hampshire, escaping to Brighton aged eighteen. There he fell into the jazz/hip hop/funk/soul scene centred around Rob Luis and nights like phonic:hoop. An accomplished musician as a teenager, he began producing his own tracks, pushing at the template established in the sweaty little venues studding the Lanes.

Green’s first release came on Luis’ label, Tru Thoughts, when his track 'Terrapin' was included on the compilation 'When Shapes Join Together' in 1999. His debut album, 'Animal Magic' followed the next year, completely self-produced and largely self-played, too. Hailed as one of the “new downtempo pioneers”, Green found himself attracting the attention of other labels and eventually signed to Ninja Tune.

In 2003 he released his first album for the label, 'Dial ‘M’ For Monkey'. This was a time when Green was also focussing heavily on his DJing, playing banging dancefloor sets of hip hop, funk and drum & bass up and down the country and across Europe, a period which reached its apogee with the release of the mix album 'Solid Steel: It Came From The Sea'.

'Days To Come' followed in 2006, Green opting for a lusher, more live sound than on his earlier records. To tie in with this musical development, he put together and rehearsed a live band that could bring the music of his records to life. As a result he has moved from selling out the Luminaire to selling out Koko to selling out Kentish Town Forum and the Roundhouse and producing the live DVD to prove it. 'Days To Come' also scooped the Gilles Peterson listnerer’s poll for Album of The Year. At the award ceremonies he met the talented UK soul singer Andreya Triana. Not only did the friendship they struck up result in Andreya’s superb contributions to 'Black Sands' but Si has produced the whole of her solo debut, 'Lost Where I Belong'.

Over the last couple of years, Bonobo has become one of the premier artists on the Ninja Tune imprint and certainly one of the most listened to, with over 16 million plays recorded on LastFM. His combination of superb live shows and studio wizardry means that he is now perfectly placed to push on into a yet bigger league. With 'Black Sands', Bonobo has made the record to achieve it.

Burnt Friedman rattles the pots and pans and also presents his latest technological breakthrough in the form of the rubber band guitar. He is careful to provide in his orchestrations the outer-rational sound of things banging into other things, or scraping across them, or being struck by a human hand. Guest appearances come from Joseph Suchy, electric guitar, Daniel Schroeter, bass, Hayden Chisholm, reeds and Takeshi Nishimoto, Sarod. The limited edition sleeve artwork was created by Berlin artist Theo Altenberg. The partnership between German electronic musician Burnt Friedman and legendary Can drummer Jaki Liebezeit, established almost ten years ago, is back in action once more, following the 5 7 EP released last year. This fourth instalment in the Secret Rhythms series continues on a similar path to its predecessors by bringing together rich rhythmic tones and rarefied electronic formations. More than ever centered around Liebezeit’s hypnotic drumming, Secret Rhythms 4 sees the pair move into more minimal, stripped down terrains, the rhythmic patterns forever more cyclical, repetitive and fluid, layered with fragments of electronics and guitars, themselves set into loops of varying intensity and length.

Four of the six tracks here go over the ten minute mark, with 182-11 clocking at just under sixteen minutes. This leaves the pair plenty of time to set their rhythmic structures in motion and work on the trance-like aspect of the groove of each track until it starts distorting the perception of its very nature. So bare is the surrounding soundscapes created by Friedman around Liebezeit’s overwhelming rhythms that, as tracks progress, it becomes difficult to identify with precision at which exact point one is. For the most of 128-05 for instance, the scope is divided between Liebezeit’s alternating set of toms and bass drums and a recurring electronic two-tone bass which appears so tightly stuck to the drum patterns that it blends in almost entirely in the background. Later, the bass is taken up a couple of octaves as Friedman progressively introduces sweeping textures, but this barely affects the hypnotic nature of the piece.

Before it, 204-07 shows a richer sonic space around the core rhythmic structure, although Friedman seems to remain slightly towards the back here, leaving long term collaborator Joseph Suchy, a member of his Nu Dub Players, on E-Fuzz guitar to occupy the fore. Equally, 182-11 is a much more elaborate and complex piece, which grows over its all course from sparse drum inputs placed over hazy soundscapes to much drier forms later on as treated guitars are introduced, while 120-05 later is once again criss-crossed with E-Fuzz guitar fragments, this time supplied by Tim Motzer, giving it a more abrasive feel as the pace picks up.

On the two short tracks, 131-07 and 120-11, the sonic scope is considerably concentrated, which induces an element of urgency other absent of this record. The hectic pace of the former contrasts with the more subtle progressive tempo of previous pieces, while the latter provides Friedman with the opportunity to develop miniature melodic forms and let them roam free for a moments before they are ultimately brought back under the implacable control of Liebezeit’s percussions.

It appears that the further Burnt Friedman and Jaki Liebezeit develop their collaboration the more fascinating it gets. Secret Rhythms 4 is a less immediate record than its predecessors, perhaps due to its barer overall aspect, yet the pair have reached here another level of development here, their understanding and respect of each other’s space allowing them both to perform as equal whilst occupying very different roles, ultimately making this record their more compelling release yet. 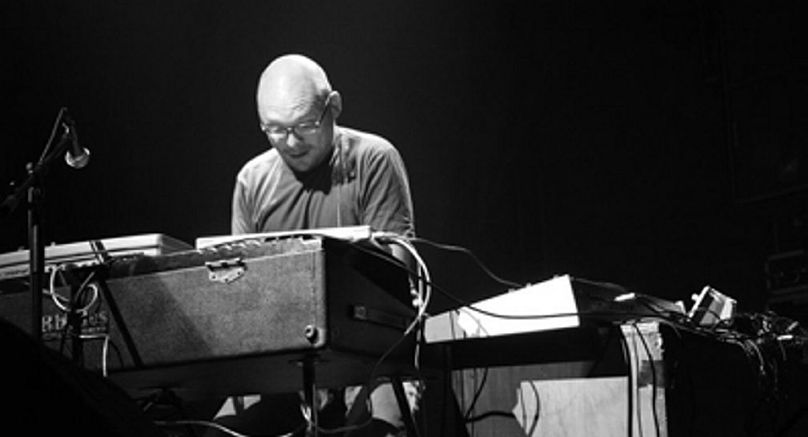 A film by Emmanuel Pampuri