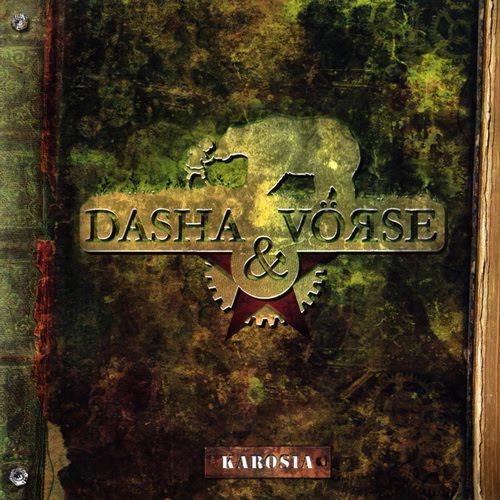 Buff Roshi - Devil You're A Liar

After six years in the making, film composer and founding member of the 80’s band , Vivabeat, Mick Muhlfriedel and experimental guitarist, G.E. Stinson to release album 6/16/10

"I began putting together bits of found sounds and random snippets of music that I had been collecting for sometime with some processed beats,” says Muhlfriedel. “I was a big fan of G.E.’s Splinter Group and sent some of the tracks to him to experiment with. We then worked together on several additional songs. Eventually, I enlisted Renee Wilson, who added some vocals and later, G.E. brought in the great John Fumo to lay down some trumpet.”

Of the eleven tracks on the album, Buff Roshi includes two covers, a lush chill-out reset of Pink Floyd’s "Set The Controls for the Heart of the Sun" and "Dark", a circa 1940's Julie London b-side featuring vocals by singer-filmmaker Renee Wilson, who appears as Raelette, Pat Lyle, in the Academy Award winning film, Ray.

In 2007 Muhlfriedel circulated a demo of several of the earliest Buff Roshi compositions, which garnered some late night airplay on L.A. hipster station KCRW and resulted in Hong Kong director, Derek Chang tapping excerpts of two tracks for a Canon Camera commercial campaign. "Buff Roshi somehow manages to infuse layers of cinematic adrenaline with a cool jazz vibe that played well against the visuals i was going for in the commercials," said Chang.

Coco and the Bean - Tales from the Mouse House

From Official Myspace :
Coco And The Bean, comprising of writer/producer team Les Hodge and Taf McLaren, released their first single “Money” in 1991 on the Edinburgh-based label Baghdad Radio Records. Critically acclaimed, this limited edition on vinyl features vocals from London-based rapper Dravedian - all set to a funky backdrop. 1992 saw the release of the second Baghdad Radio 12’’, “Talking With A Number 6”/”Mr Repairman”, featuring rapper Mike from Washington DC. By this time Coco And the Bean were receiving widespread interest from record companies and press across the UK generated by their funk/soul/hip-hop influenced sound. In 1995 Coco And the Bean signed to Mantra Recordings. The release of the singles “Western Ways” (simultaneously Single of the Week in Echoes, Music Week and the NME) and “Killing Time” followed. Coco And The Bean were by now also working on other projects, including the “East Coast Project” and “Blunted” releases on Natural Response, remixing Sugar Bullet for Parkway Records, and remixing reggae icon Bim Sherman. By 1997 Coco And The Bean included in its line-up - vocalist Gwen Esty from Yorkshire, Edinburgh-based vocalist Zeb, guitarist/keyboardist Chris Dawkins formerly with Nightmares On Wax and DJ A1. The result was the release of three singles - “All-Star”, “Versus the 90’s”, and “Fair Play” – and the laid-back soul and hip-hop sound of the 1998 long-player “Tales From the Mouse House”. Coco And The Bean are featured on various film soundtracks – notably, “Nowhere”, “Le Ciel, Les Oiseaux, Et Ta Mere”, and “Splendour” – and compilations. Les Hodge and Taf McLaren continue to work with soul project Harmonized and to produce vocalist Mystikman.

Ludmila [Yurchenko] ([vokal]):
“Originally karmuazine thought as usual fate- project, something like sequential [Zemfiry], but with the more western sounding. The idea of the creation of command appeared in me even in the school, but its realization was impossible before the entering into the university, t to familiar musicians then i yet did not have. However, plans there was much, desire fortified itself by the large number of written songs, remained to only wait for the suitable moment. 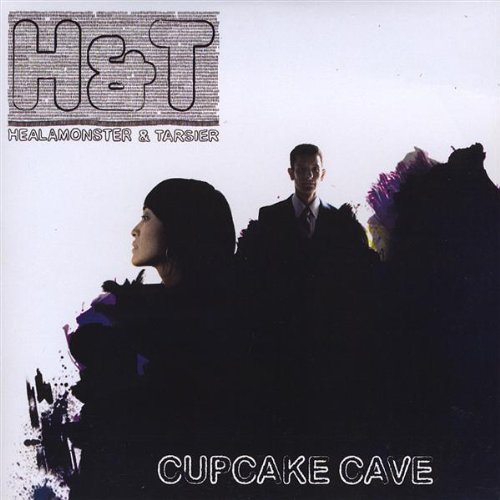 Healamonster & Tarsier (H&T) are an electronic production duo whose music is characterized by soft vocals, mid-tempo elastic breakbeats, and a variety of traditional instruments. Their musical style combines elements of dream pop, dub, ambient, and other cinematic forms of music.

Healamonster (Burgess Tomlinson) began writing songs with Tarsier (Rona Rapadas) in New York where they recorded their 2002 debut EP, "00:00:01 (One Second)". CMJ described it as "a psychedelic fantasyland created with delicate vocals, light piano, a harshly-fuzzed out drum machine and mischievous electronic sounds."

At the end of 2005, they self-released another EP, "The heart of a blue whale is the size of a small car", which was co-produced by Mitch Osias, a New York Film and TV soundtrack composer whom they first met at Brooklyn venue, Southpaw, while opening for The Sneaker Pimps. The six-track album is full of atmospheric arrangements, subterranean cellos, abstract synthesizers, broken guitar fuzz, programmed percussion, and crystalline vocal harmonies. Throughout 2006, the album was in heavy rotation at KCRW with songs, "Cotton Candy" and "Vista" played by veteran DJs Nic Harcourt ("Morning Becomes Eclectic") and Jason Bentley ("Metropolis"). The album enjoyed commercial success on an indie level, staking its post on Amoeba Music's Best Selling Electronic Albums List for a continuous 15 months. Over 500 copies have been sold at indie retail giant, Amoeba Music in Hollywood, CA to date.

In 2008, they settled in Los Angeles from New York and recorded tracks for their first full-length, "Cupcake Cave". The album was produced by Jaymee Carpenter and recorded and mixed by engineer Arnie Geher in Studio City, CA. The result is an ambient pop album baked with layers of enigmatic soundscapes and intricate melodies. A blissful marriage of melodic whimsy and emotive introspection that transports you to a wonderland of acoustic guitars, zither, vocal harmonies, dog collars, UFO sightings, dubby beats, double rainbows, dirty rainbows and of course the sweet serenity of cupcakes. H&T's goal for this album was to create a peaceful and abstract soundtrack to everyday meandering. It celebrates the constant search for hidden trails and the ones that eventually lead us to caves.
permalink 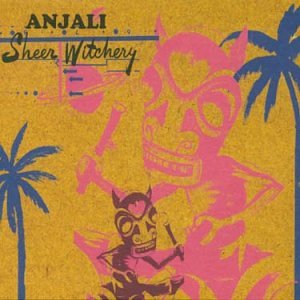 
Like label mates, Cornershop, Anjali Bhatia ? as lead riot grrrl in the Voodoo Queens used to make clattery, two-chord noise-pop but has now gone beat-crazy and soundscapist. And, again like Cornershop, the reinvention is definitely worth celebrating. Following on from last year?s collection of EPs, Sheer Witchery, her self-titled debut finds Anjali drawing a skewed lounge-pop sound of arrangements rooted as much in Bollywood themes and 60s soundtracks as funk and hip-hop. So while strawberry mousse rides on hefty breakbeats, it?s made truly cinematic by string flurries and a synthesised choir chorus. Turquoise and Blue, meanwhile, is kitsch, queasy listening underpinned by echoing dub beats and exotic keyboard fx, reminiscent of Baby Fox, only not rubbish. Elsewhere, she minds the same shivery spy-film vibe that Goldfrapp toyed with on the Felt Mountain LP, but crucially is far better at updating John Barry-isms without owing considerable debt to Portishead. Part of the power is down to Anjali?s voice, at times almost identical to that of AWOL genre-masher, Nicolette. And while the tone of her music is different, Anjali shares with Nicolette a fearless, anything-goes funkiness, and an ability to conjure a groove and soothe the soul simultaneously. It?s quite a talent. 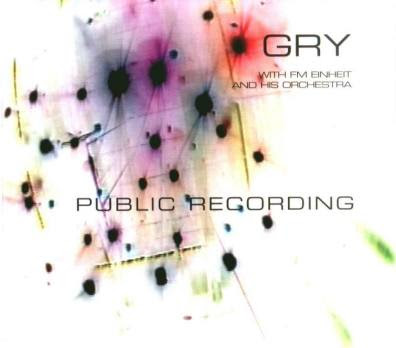 The extraordinary young Danish voice artist Gry Bagøien was attending the "Academy for Untamed Creativity" in Copenhagen when she met her musical partner FM Einheit, a former member of the legendary German band Einstürzende Neubauten. They formed a band called Gry and released two albums: Touch of E! (1998) and today's album, Public Recording (2000). This one features numerous special guests, including Pan Sonic and Neubauten’s Alexander Hacke. Their music is a fusion of trip-hop and electronica. They disbanded in 2002. A fantastic album, one of the best of the last decade. A must! 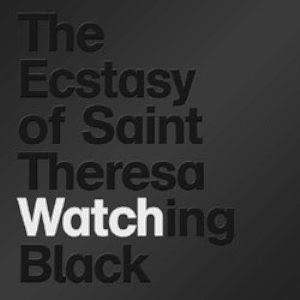 The Ecstasy of Saint Theresa is a rare band. In their own unique way, they have always attempted to find their own sound and expression with which they have jointly dictated the direction of alternative music in their homeland of the Czech Republic. The band’s cult status there was primarily acquired through strong, emotional music that was open to various influences. (Last.fm)

The band was formed in moscow in 2007, by two pretty minded young people. to work together they made up one strict rule: one should never do things that irritate the other one. thus, they write their texts and music together in atmosphere of enourmous mutual understanding. their first song 'we're going' was recorded in 2006 on a radio-station, when the station-master'd left. so thiefly and elusively it goes.
To be honest we do have some things we would really want you to know, but who on earth reads this profile information anyway, huh? guess nobody. i wouldn't. enjoy.