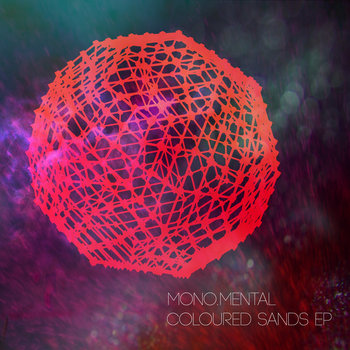 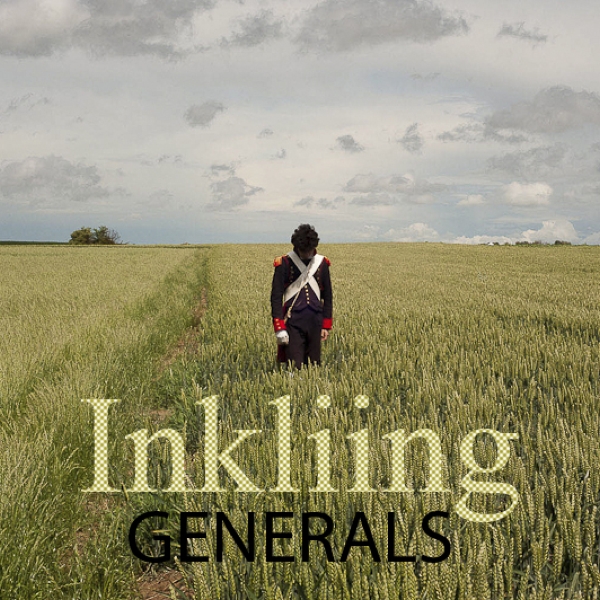 After releasing two solo EPs as well as having tracks featured on compilations from Nightmares On Wax, London based producer Inkliing steps into the netaudio world, releasing his new album with Dusted Wax Kingdom. "Generals" LP is an enchanting fusion of tranquil smoky vibes and crackling jazzy grooviness, creating a cosy, sensual atmosphere.Source

These are some songs that can accompany the meditations.
That, in short, the reasons for my music. The spiritual journey, meditation, let go its presence throughout these notes
safe journey
Highmas

The Starseeds - There Is Enough For Everyone

Regina Dannhoff & Alex McGowan AKA The Starseeds debuted in 1997 with the wonderful Parallel Life and the breathtaking single Timequakes. Their second and last album There Is Enough For Everyone sounds in very much the same vein, deep hypnotic downtempo dub with (sometimes too) dominant effected guitar and haunting vocals reminding me of Curve's Toni Halliday. If you enjoyed the intrumental version of Gobi Underwater on this Planet Dog compilation, you know you can't go wrong.

When an actor first starts to sing people will laugh. When a music producer begins to shoot films he does not fare much better. But in both cases talent will carry the day. Sound genius Naoki Kenji was one of the protagonists of current video art, being among the first to combine video and audio in “Flowmotion” and create a new art form. Today this outstanding artist can proudly look back not only on numerous successful music productions, but also at his “Man vs. Machine” every evening on HR television and the unique music documentary Brahmand, a film for which he travelled as a one-man-production team to a total of sixteen countries. Yet although the film caused a sensation, music was and remains the most important thing in this sound-tinkerer’s life.

Half German, half Japanese, Naoki spent his early years in Tokyo and Osaka. It is customary in the Land of the Rising Sun to push children at a tender age, which meant that by the age of five he was already taking classical piano lessons and penning his first compositions. .

By the time he was 13, in 1982, his parents sent him to boarding school in Germany to improve his educationFar from his homeland, Naoki discovered the electric guitar and became a member of the school band. The band’s concerts proved a washout, but his first gig convinced Naoki that music would determine his life. As he turned 18 he left school without his parents consent to dedicate himself to his dream. And his interest in electronic music began to grow under the influence of Japanese culture: he felt no less inspired by Helden Szene than by Yellow Magic Orchestra and Ryuichi Sakamoto.

With his first album Tozai from 1999 he already landed a US release, such as few European artists manage. This was followed by further discs in Japan, Europe and the USA on labels like Sony or Universal/US. In 2000 Naoki released the album Shogun on Neuton under the pseudonym “JP Juice”, followed in 2001 by the album Electric Bolero on ICM by his project “Planet Lounge” - a style mix of jazz, world percussion and electronics created together with Christoph Spendel and Hakim Ludin.

Steadily the visual component has gained increasing importance for his productions. From gifted producer Kenji has moved on to become a go-getting video artist, as highlighted by his contributions to the cult TV series “Flowmotion”. In 2002 his album Denshi Ongaku was published by Elektrolux for the first time simultaneously as a CD and a DVD, a milestone for the renowned downbeat label. The album Ecoustic (Elektrolux) followed on in Spring 2004 with a small concert tour.

The CD and DVD Fukai (under the moniker JP Juice) and the video Leben for the band “Schiller” in 2003 on Universal gained Naoki Kenji lasting respect in the scene as a video artist and director. With his series “Man vs. Machine”, the club-oriented version of his established “Flowmotion” format, Naoki together with Tomio Tremmel (The Sushi Club) were given their own TV programme by Hessischer Rundfunk in 2004. Parallel to this Fukai Remixed was released on Blue Flame, featuring remixes by famed producers such as Gabriel le Mar, Pascal Feos, Andreas Kauffelt and Lemongrass. Acclaimed chill-out compilations such as Cafe del Mar or Erotic Lounge have licensed numerous of his tracks.

Doubtless the high point to date in Naoki’s visual-musical output has been the music documentary Brahmand. During the two years in which he shot the film between 2002 and 2004, he travelled to such counties as Laos, Thailand, Burma, Namibia and India. Impressed by the enormous diversity of this planet, he has created in a kind of one-man-show a film without words, in which not only positive but also negative visual impressions and experiences are captured on celluloid. In spring 2005 he and his partner of many years, Tomio Tremel, founded their own label and music publishing house, 4mpo, which aims at presenting a safe platform for their projects even when times get hard. After the Planet Lounge album Nazim and other pearls of the lounge genre, further sounds are planned for the label in the coming years, including the album Versatile, Naoki’s latest long player.

Naoki Kenji feels music is a way of conveying his inner feelings, is a mirror of his soul. He is not one of those musicians who enjoys sitting in bars or partying till dawn. His creative work is so fulfilling that he has no need of any other leisure pursuits. For this he draws intuitively on his outstanding abilities as composer and producer, doing things “in one go”, rather than working for weeks on end toying with one short sequence. Whatever Naoki Kenjii is doing at the moment, whether music, film, video or remix, his work is always distinguished by the high demands he places on himself and by great technical perfectionism - and with that he serves up time and again true delicacies that delight even the most jaded eyes and ears.

The Secret Whistle - Capturing Something

The Secret Whistle are an instrumental electronica duo based in Oregon U.S.A.

With over 40 recordings under their belt in a few short years, Dan Friedman and Forest Gallien combine subtle elements of hip-hop, lo-fi retro, dub, ambient, and electronica into a unique synthesis of experimental organic sounds and textures, using various recording methods unique to their genre such as recording and looping live drum samples, layering multiple live bass tracks over each other, and manipulating samples from old vinyl records.

Backstroke Into The Next Galaxy is the opening tune for Capturing Something. Atmospherically enriched vinyl scratchy bass lines and retro soundscapes, support the ideal introduction to the album’s direction.

Lying and Creativity bridges the album towards a more emotional and upbeat direction. Retaining the analogue vinyl coating, gradually builds up to an emotional crescendo, counter balanced by the soft and deep bassline.

Still wrapped on vinyl goodness, Capable of Flight open wings and combines all The Secret Whistle elements introduced to the album up to now.

Bent Minds steps down the pace and gears up on emotional content. A deeper dive into the more emotional side of the album. Melancholic electronica meets organic instrumental atmospheres.

Trip hybrid, beat driven Back into Sleep wears a tricky hat as the title contradicts the track . Its hard to go back to sleep with its magnetising bass line and sharply manipulated samples. Yet another Secret Whistle style variant, setting a more night time but still atmospheric pace.

Touching ground Perdido, is a sentimental masterpiece. Melodic strings and misty snares gradually take the listener out of the night time pace of Shadow Act V.

Capturing Something is an amalgamation of all The Secret Whistle’s elements and soundscapes introduced in the album. Tranquil and groovy, serene and dynamic, this track rightfully deserves the album’s title.

Keeping an ace up the sleeve for the last track, The Mind Vacuum kicks off with a long intro and develops to a deep yet minimal masterpiece, encapsulating the album’s essence.

After releasing 2 E.Ps and 1 full length album, “Capturing Something” is the group’s first full length album on Electronic Soundscapes, showcasing the most mature Secret Whistle sound up to date.

Tab & Anitek teamed up, passing ideas online back and forth between the US and Switzerland. The result is a captivating blend
of intelligent styles that plays out like the soundtrack to a science fiction novel. 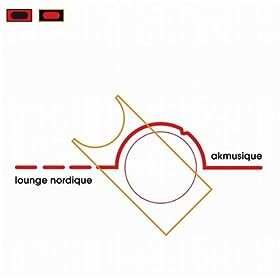 This AKMusique's album "Lounge Nordique", released by Jazzsick Records in 2009, was added to my catalog of records in February 2010. "Lounge Nordique" is a record in the genre of lounge. This is a album barely on the edge of being enjoyable — rated 3 stars out of 5. "Lounge Nordique" is related to the region of Germany; it belongs to the german and western-european cultural world zones. 2 out of 13 tracks on this album are marked as favorite, "L'univers" and "French Kiss". Judging by picked selection, most tracks on this record are sung with female voice and instrumentals. They are also performed in medium profile/energy/mood. If you wanted to know about records similar to this one that we also have in this library, look at “Step Into The Sunshine” (Gary B), “Triggers” by April March, “Campari Lounge” by various and “Mother” (Susumu Yokota).

Paper Tiger - Me Have Fun

Defining Song: “Paper Tiger”–The track melts into a wash of strings and the sultry trappings of Kummerle’s voice. The aesthetically pleasing tune is a short lived two minutes, compelling the finger to hit repeat with obsessive recurrence.

Trip Hop is tricky. While it can seem effortless, anyone who has witnessed Massive Attack or Portishead live knows that every pore is dedicated to the music and the visual landscape. Asheville can now claim some of that seemingly facile cool thanks to local band, Paper Tiger, a duo consisting of jazz/lounge singer, Molly Kummerle and DJ/producer, Isaac Gottfried.

The two met about seven years ago through a mutual love of music and all the trappings Asheville offers for artists. When Molly wasn’t performing as her alter ego cabaret star, Ruby Slippers, and Issac wasn’t dropping beats as MINGLE, they tinkered with sounds that slowly melded into what is now Paper Tiger.

Their debut album, Me Have Fun, slowly arose from its comfy chair and entered the public arena in January, 2011. The end result is a sublime mix of sneaky keyboards, unique samples (including a baby coo) that ambush the ear, and Kummerle’s silky voice to guide us through the world of Paper Tiger.

The comparisons to the Trip Hop masters are evident, but it would be unfair to namedrop folks like Thievery and end there. Me Have Fun is an original work of art and deserves its own recognition. It’s a big world inside the album with a surprise at every turn.

“Happy Hour” starts the album with a horn revelry and a sample audience clap and ends a half hour later on “Last Call”, with Kummerle’s voice giving way to a grainy vinyl sample of a simple piano. In between lies the adventure. “Hibiscus” hits the funky stride with violin trickles and graceful keyboards thanks to guest Chuck Lichtenberger (of Stephanie’s Id). “Folded Laundry” plays up to the metaphor of complicated relationships without surrendering to maudlin, and “Hugo” sits complete with dark swagger and Beach Boys sampling.

Me Have Fun is a an album to cozy up to with bottle of wine (or absinthe for the saucier minded) or to jump start a party in need of voltage. It works either way. Kummerle and Gottfried own so many ideas on this album that it will compel the listener to have different emotions with every listen. It’s a good thing, and I hope their future output continues this myriad of escapades.