All tracks written and produced by lee perry

The Aggrovators were a dub/reggae backing band in the 1970s & 1980s, and one of the main session bands of producer, Bunny Lee. The line-up varied, with Lee using the name for whichever set of musicians he was using at any time.[1][2] The band's name derived from the record shop that Lee had run in the late 1960s, Agro Sounds.[1] Alumni of the band included many musicians who later went to make names for themselves in reggae music. Legends such as Jackie Mittoo, Sly and Robbie, Tommy McCook, and Aston Barrett were all involved with the band at one point or another. Other regular members included Carlton "Santa" Davis, Earl "Chinna" Smith, Ansel Collins, Bernard "Touter" Harvey, Tony Chin, Bobby Ellis, and Vin Gordon.[1] The band recorded Lee's most popular output from the 1970s, with the instrumental b-sides of Lee's single releases on the Jackpot and Justice labels generally credited to The Aggrovators and mixed by King Tubby. 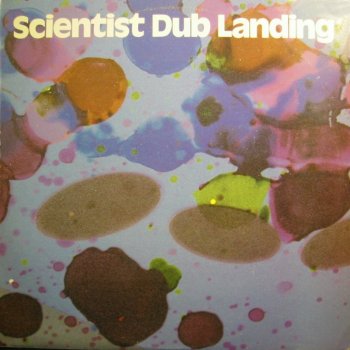 Scientist is the protege of King Tubby and this is the last great dub album of its classical period. Soon after, computer-aided music and dancehall dub killed analog. This album truly showcases his masterful skills of deconstruction and reconstruction.

By Jasper from http://www.amazon.com

This release is full of absolutely amazing, gorgeous, hallucinatory dub. "The Legendary Skatalites In Dub" is one of the greatest dub albums of all time, and a true one-of-a-kind aural experience. These 1975 recordings feature King Tubby working with the re-formed Skatalites, and a number of others (Ras Michael, and Earl "Chinna" Smith, among them), to create some mysterious, beautiful sounds. The Skatalites had just reunited in 1975 and recorded the album "The Legendary Skatalites," to which this album is a dub counterpart. The music here is much slower, funkier and way further out than traditional Skatalites, with ska stylings replaced by a deep psychedelic-roots mood and pulsing Niyabinghi rhythms. Tubby does some spectacular work here, creating unearthly dub soundscapes so mesmerizing and unique that it's clear this project was a labor of pure love. Just imagine inspired Skatalites brass lines drifting in ghostly sheets of reverb over a landscape of Ras Michael's slow-grooving Niyabinghi drumming (there are eight Niyabinghi drummers on this disc) and Lloyd Brevett's impossibly deep ACOUSTIC bass. As if it couldn't get any better than that, the lion's share of rhythms come drenched in the swampy magic that only Lee Perry's Black Ark studios could provide. Lloyd Brevett (also the producer of this set) and Tommy McCook (leader, sax) actually built their melodies around improvised Niyabinghi drum sessions while jamming in the yard of Brevett's home. Tubby keeps this percussion nearly ever-present, and its trancelike power and richness ensure that even the most spare sections sound luscious and full. It is difficult for me to describe the mystic vibe which was created here...it's like some beautiful lucid dream; perfect for late, late night listening. There are also a couple of afro-funk, 70s style uptempo killers, which are perfect for giving context and perspective to the other tracks. Long story short, nearly every track here is a DUB MASTERPIECE which gets better and better with each consecutive listen.

"The Legendary Skatalites In Dub" is easily within my top-five favorite dub recordings, right up with Augustus Pablo's "King Tubby's Meets Rockers Uptown" and Tubby's "Freedom Sounds In Dub." The sound quality is flawless, as is the cd booklet essay, which includes full personnel. Running time is 56:30.

I should mention that an earlier incarnation of this disc, made before more tracks were discovered, contains a handful of *slightly* different mixes of tunes here, but Motion Records did not feel they were different enough to pack them onto this disc. That disc is called "Heroes Of Reggae In Dub," and contains nine tracks, but "The Legendary Skatalites In Dub" is considered the definitive release, and is definitely the one to get. The earlier release also had many tracks which were misnamed, and those errors have been corrected here. For people who become huge fans of "Legendary Skatalites In Dub," such as myself, it may be worth it to check out "Heroes Of Reggae In Dub" for the those few tracks with slightly different mixes. If you want to hear the original un-dubbed tracks (a couple of which are included here), check out Lloyd Brevett & The Skatalites' fantastic "African Roots," which has also gone by the LP title "The Legendary Skatalites." Why do I know all of this? Because I really, truly can't get enough of these sessions. What would REALLY be amazing would be for Motion Records to put out a two-disc set with all of the original instrumental LP tracks, and all of the dub mixes as well.

In any case, thank you, Motion Records, for this amazing release.

David Solid Gould vs. Bill Laswell - Dub of the Passover 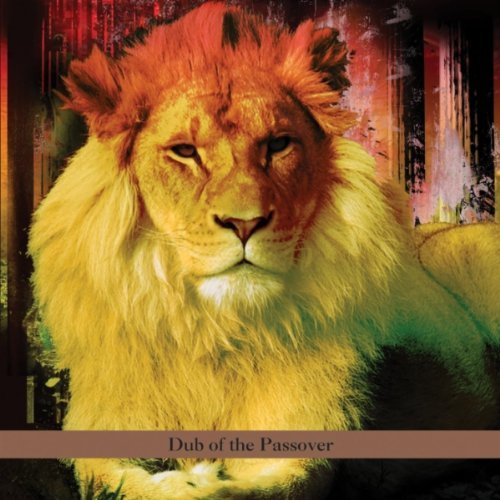 "Laswell has worked closely with many of the greatest names in Reggae: Sly and Robbie, Lee Scratch Perry and many others. A Dub Master Supreme, he turns his fabulous creativity to the classic Tzadik release Feast of the Passover. Featuring some of the greatest Passover seder songs, it is perhaps David Solid Gould's most varied and spiritually inspired projects. Connecting the Rasta and Jewish traditions through the miracle of music, Laswell's imaginative dubs are the perfect background to anyone's 21st Century seder. Moody, atmospheric and essential!" - John Zorn

[EN] Trip around the Empire of the Rising Sun for the 48th release of the label, Tsunami Wazahari gives us a personal vision of this ancient culture. Assisted by kamikaze Rico Da Halvare for the bassline, he forged 4 dubs inspired by the mythic power of the Dragon or relax atmosphere of smoky temples and also shapes 2 tracks such massive Samurai attacks. Roots Ista Posse, invited to this journey, reshape Shogun with the tip of his roots and digital katana.