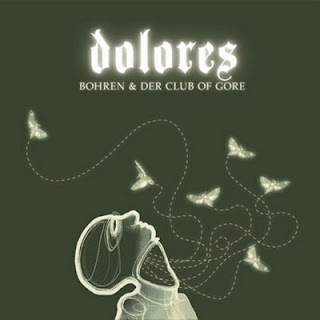 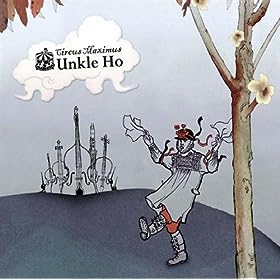 If you know your Aussie hip-hop you’ll have no doubt tasted the fruits produced by this rather creative chap. Unkle Ho actually produces for The Herd, the group that brought us such tracks as Scallops, Burn Down The Parliament, and their cover of the classic I Was Only 19. Both The Herd and Unkle Ho are signed to Aussie label Elefant Traks, one that I am loving more and more as each day passes. The material released on Elefant Traks is not bound to any rules or constraints, full creativity is encouraged and I believe this helps the artists to flourish and deliver a more developed and well rounded end result. This is entirely the case with Unkle Ho’s latest release Circus Maximus, but enough from me, let’s see what he has to say for himself in this, another edition of, 6 Questions…

1. Who Are You? Unkle Ho, gypsy beats producer from Sydney, Australia.

2. What do you do? Produce music as Unkle Ho and also for 8 headed hip hop beast The Herd. I also help run Elefant Traks, the label that Unkle Ho and The Herd are released on.

3. Why do you do it? Started doing it for fun and haven’t looked back. Hopefully when I’m an old man my crippling arthritis won’t stop me from tinkering on music machines.

4. So what’s new? Well funny that you should mention that, my second album Circus Maximus is now out in shops. People can listen to what I’ve been up to in the two years since the first one.

5. Who are you listening to at the moment? Lots of things, Waiting For Guiness’ new album is great, this Russian band called Billy’s Band, local Aussie band called Because of Ghosts and some top shelf dancehall from Mista Savona.

6. What’s your best nugget of wisdom? Hmm, one who cuts his own wood is twice warmed… Three brilliant downtempo and drum'n'bass tracks on one of the first Jimpster releases show clearly his love for vintage keyboards and fretless bass. Static Dynamic later appeared on Jimpster's debut album Messages From The Hub, one of my all-time favs which i'm going to post soon. I wanted to post the rest of the early EPs as well but the entire pack seems to be lost, so if anybody has Initial EP, Interconnect EP or other early Jimpster stuff at 320kbps or lossless, please share with us.
permalink

The Deadbeats - Made In The Shade

Yes peeps, the infamous purveyors of dope beats, heavy bass and mellow vibes are back on the block... from the good ol’ days at the garage in nottingham right into your eardrums in 2009. most of you will be familiar with their legendary late 90s stand out lounge tunes like "funky for you", taken from the groundbreaking longplay album "lounging" on 20/20 vision... making it onto heaps of compilations (among them buddha bar of course)... getting THE DEADBEATS some serious remix work for the likes of richard dorfmeister’s TOSCA project (on the "suzuki in dub" album or mark rae to name but a few). after a decent chronic break of over half a decade and their lovely contributions to the NIGHTMARES ON WAX presents WAX ON records comps in 2008 and 2009, damian stanley and his cohorts have finally finished their upcoming album for WAX ON called "made in the shade".... all album tracks decently mixed by mr. E.A.S.E. (N.O.W.) himself at his lovely WAX ON studios in ibiza. the recent album pre cursor EP "loafin’" got massive support from djs / tastemakers, compilerand radio jocks alike...on a global scale: no doubt, THE DEADBEATS are back indeed - and sure they constantly deliver dope tunes in their trademark sound for real. on "made in the shade", heavenly downtempo vibes mingle perfectly with soopayummy butter beats, supreme funkyness and overall headnod activity... while both the new single "breathe" as well as the deep house influenced "turtle" also stress the slamming dancefloor pop appeal of THE DEADBEATS in 2009. Even if its middle eastern ("pearl") or balearic ("la savina") influences, THE DEADBEATS do what THE DEADBEATS do... music to make you smile. with his partner in crime ged day now more in the business background of things, damian stanley holds responsible for the main ideas and the overall concept, with multi instrumentalist david estella on guitars, bass and keys turning damian’s beats, samples and visions into an ultra delightful musical reality. former DIY soundsystem member and long term DEADBEATS allie (dj) emma (kirby) provided vocals and lyrics on "swing me like a hiphop song" and "breathe". yes, the timeless sounds of THE DEADBEATS are made in the shade indeed. WAX ON records is happy to bring back the purveyors: back for good - and oh so funky for you! About WAX ON records Honest music .. truly a rare thing in times like these. George Evelyn aka DJ Ease, the positive force behind Nightmares On Wax, obviously knows a lot about musical honesty.. and so it comes as no surprise that finally the man decided to take the next step to complete artistic freedom by creating his very own label imprint: WAX ON records.
permalink

Break Reform's sound is distinctly London in the early Nineties, which, it is becoming apparently clear, is no bad thing in 2003. And it would be no surprise if the trio of JJ Webster, Nana Vorperian and Simon S cut their formative musical teeth during that musical high point when hip hop, jazz, funk and street soul climbed into the same bed and got hot and sexy. It's a formula that is now, almost ten years to the day, re-emerging as a sound of the Naughties. The band's soul intentions are laid out from the start with 'Metropolis', a warm Latin ballad that introduces Nana Vorperian's husky but delicate vocals. From here it gets hard to pull out particular tracks, as we're carried by hypnotic clicking snares through a seamlessly intimate flow of jazz-not-jazz, hip hop not hip hop and funk not funk. The one exception to this being the Portishead-like 'Lady Sings', a single in waiting that has future hit written all over it. Expect to hear this in movies and adverts sometime soon. The amazing thing is that although 'Fractures' barely moves from its mid-paced funky street soul format, there is enough intricacy, variation and melody to keep you locked-on all the way. Ten songs in and the magic actually starts to increase, rather than dissipate, with a flow of superb tracks that starts with 'Mercy', 'Surreal Moments', 'Don't Break This' and rolls into 'Medusa' The tempo rarely shifts beyond a head nodding, pelvic centred groove, but that's what makes this album so addictive.
by Ben Osborne
permalink


Break Reform 'Think About You' 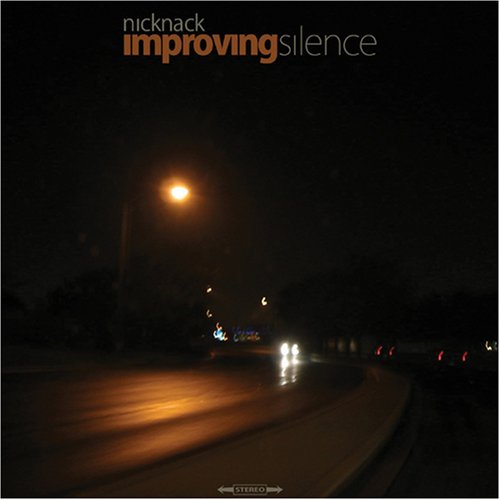 
"Improving Silence" can best be described as a combination of jazz and hip hop. The result is a sultry, soulful downtempo instrumental sound that is sure to move you whether you like jazz, hip hop, soul, r&b or downtempo electronica. The album is a solid 60 minutes of quality music which features a stellar cast of guest appearances such as Laura Scarborough (vocals and wurlitzer), Mike Malone (sax), Ephraim Owens (trumpet), Brannen Temple (drums) and D Madness (electric bass). See what everyone is saying:

"I can't figure out if I'm listening to a new 12" or some classic Bob James ish."

"Merging hip-hop and jazz into nothing short of beautiful music, Improving Silence should be heralded as a classic."

"Improving Silence is an impressive album that deserves all the attention and support."

"NickNack's unique brand of downtempo is just what the doctor ordered to counter these stressful days. As a member of the jazz band Blaze, Nick brings a knack for melodic instrumentation to the table, coupled with his hip-hop background as a DJ in his native Texas. The result is a smooth-operating long-player that'll leave you with sweet dreams on wax."

"If you're as sick of rappers as I am, then you sometimes just want to zone the fuck out and walk off your hangover with a bottle of orange juice and some music that doesn't feature a screaming moron in your Walkman....So I'm not even going to try to tell you about these records, I'm just going to tell you that they've been good to me as I've stumbled home at four in the morning with a bloody nose and fresh set of batteries...NickNack's 'Improving Silence'[the jazzy one]"

"Really lovely stuff with loads of guest musicians and even a few sulty vocals...for fans of Wide Hive or classic GiantStep sounds."