More dub goodness from Youth, as in Youth In Dub, featuring an assortment of chilled dub grooves and some original remixes by Youth.

INDIGENOUS RESISTANCE is a revolutionary musical collective creating crucial pan global collaborations between indigenous cultures from the jungles, favelas and barrios with those in the industrialized world who work their musical magic in mixing studios and on laptops. IR releases are completely autonomous self-funded works achieved through barter, little money, but an abundance of commitment and co-operation.

To extend the music out from the indigenous ghettos, IR has created a new model of partnership between indigenous people and western artists. This runs counter to the "ROCK STAR MODE" (i.e., Sting, Paul Simon) of portraying exotic indigenous people who are in need of rock stars to accomplish anything of importance and are incapable of independent self-directed actions but excellent for photo ops standing besides the liberal-leaning pop idols.

IR also stands for indigenous reality, creating works that show the world of the indigenous as they really are, not the manufactured photo ops published in the mainstream press.

After reviewing or critiquing god knows how much music over the last five years I've discovered a pattern I tend to fall into. Although there are a few performers I've followed for years and will continue to do so because of their ability to keep their work fresh by continually discovering new ways of presenting their ideas, too often a person or group will be initially exciting only to end up being disappointing by sticking to the same formula repeatedly. While I can understand the "if it ain't broke, don't fix it" mentality to a certain extent, in my opinion when it comes to the creative process that only leads to stagnation and boredom. There are more times than I'd like to count over that I've been really excited by the first couple of discs a performer or group have put out to only become frustrated and bored with them by the third disc when they continue to do the same thing over and over again.

As a result I've been reviewing a lot less music of late. It just seems harder and harder to find somebody or some band interesting enough to even give a listen to, let alone review. Maybe part of the problem is the number of press releases finding their way into my inbox on a daily basis using the same group of adjectives to describe whatever genre of music they happen to be promoting. Everybody, from blues to death metal, seem to be fresh and exciting, or at the very least invigorating. So many bands are being described as alternative these days I'm falling back on Ellen Page's line in her roller derby movie Whip It and asking "Alternative to what?" How can you be alternative when you sound like a thousand other bands out there?

Thankfully I tend to exaggeration. If the scene were as bad as I describe it sometimes I think I'd blow my brains out. There are still bands and musicians out there who provide genuine alternatives to the mind-sapping pabulum that passes for popular music on the radio these days. One who I've just been fortunate enough to stumble across are a four-piece outfit who go by the really odd name of The Fishtank Ensemble. They've just put out their third release - on their own label - called Woman In Sin, and I can guarantee you'll be hard pressed to find a more eclectic collection of songs gathered onto one CD anywhere. The lead singer, Ursula Knudson, used to sing opera; violinist Fabrice Martinez is from Paris and studied with gypsy violinists across Europe; guitarist Doug Smolens used to hang out with Billy Idol and Slash before becoming hooked on flamenco and running off to Spain to learn from masters in the caves around Granada; while Djordje Stijepovic started playing bass with local Romany bands in Serbia when he was 13 until moving to the US where he joined a band with Lemmy from Motorhead and Slim Jim Phantom from the Stray Cats.

Okay, so these folk have been around a bit and bring some pretty strange influences to the table with them, but how does it all blend together and are they any good? Where to start? I've listened to the disc three times now and each time I've come away even more amazed than I was the previous time. I could tell you about Knudson's incredible range as a vocalist — how she can soar right up the scale and sing scat up there that will put your heart in your throat and then turn around and growl her way through a rendition of "Fever" that will leave you so hot and bothered a cold shower won't help. I could also tell you how Stijepovic's bass accompaniment on that song will make you think he's channeling Charlie Mingus and how he can also play slap bass in a way that you've never heard before, and might not ever again, when he leads the group through a Balkan dance number called "Djordje's Rachenitza".

Then there are the two lead instruments... well, at least in most bands you would consider the guitar and violin the leads, but here they are content to be equal members of the band. Either Smolens or Martinez could easily dominate any ensemble they played with, they are such virtuosos, and on the pieces where they step forward you can't help but let your jaw drop at their playing. However what impressed me the most about the two of them was their versatility. There are many violinists and guitarists who can play one, maybe two, and even sometimes three different styles of music well, but these two seem able to handle anything you can think of. Torch songs, flamenco, gypsy tear-the-floor-up dance music, jazz standards, and the rest of their repertoire are all played with an ease that's not only deceptive but mind-boggling when you realize their complexity. In fact they're both almost too good for their own good. They are so effortless in their playing you can almost miss noticing their excellence.

Most of the time when you hear a band being described as world music it usually means they play something that's not recognized as being pop music within our limited definition of that term. The Fishtank Ensemble actually do play world music as they are inspired by not only their different nationalities but an international variety of musical interests. While one song might sound like it comes from a demented cabaret populated by characters from a Kurt Weill opera, another is redolent with the raw, naked passion of loss you'll only hear in the truest and scariest flamenco, and a third has echoes of a rain-swept street in late night Paris. From small mountain villages in the Balkans to the urban sharpness of a hot jazz spot, The Fishtank Ensemble will take you on a musical odyssey that will leave your head spinning and your heart soaring.

I listened to my first pop record back in 1965 when a babysitter played me her daughter's 45 of the Beatles' "I Wanna Hold Your Hand". In the interim 45 years I've heard more music than I can possibly remember because the majority of it has been forgettable. Every so often, though, a musician or band has come along that won't let me forget them because of what they do and how they do it. For me it's always been those bands who don't adhere to any set pattern and are always pushing themselves off into new directions who leave the greatest impression. With their first release The Fishtank Ensemble have shown that they are not only gifted musicians but also unafraid to take risks. That has the potential to be a memorable combination — we can only hope they're able to maintain what they've started.

The latest issue of Penguin Eggs, Canada’s leading magazine devoted to folk and roots and world music, features a very positive review of Shine Your Face. Here’s the album write-up in its entirety:

From way out in left field comes this superb release, their third, spreading wide  the gates of listener-friendly world music, but based out of Toronto. From a first listen, it grabs you with its busy rhythmic pulse and stop-on-a-dime horn section recalling Osibisa, another original band known for blending African and Western musics.

Yet this infectious five-piece band grafts each sensational track together with smart pop hooks held in place by a gifted and extraordinary singer in Johan Hultqvist—adding accessibility to what is otherwise a high-torque melding of funk, jazz and Afrobeat (each of which is far too limiting in defining this crackerjack band).

Special attention is also due the divine marriage of John MacLean’s tenor sax (and guest horn section) to Larry Graves’s precision drumming. The resulting wall of sound is spiced up nicely (but never enough) by Paul MacDougall’s guitar lines and the fleet-fingered bass work of Liam Smith.

The opening track serves immediate notice that this is something fresh and impossibly involving, its complex rhythms giving way to a phenomenally stimulating listen. Each of its eight tracks is its own highlight, an added plus found in the band’s smart lyrics—at once socially conscious and politically motivating. Why Why Why and What Are You Waiting For? alone make the perfect soundtrack to the summer that never came to Eastern Canada.

– By Eric Thom  from http://www.mrsomethingsomething.com 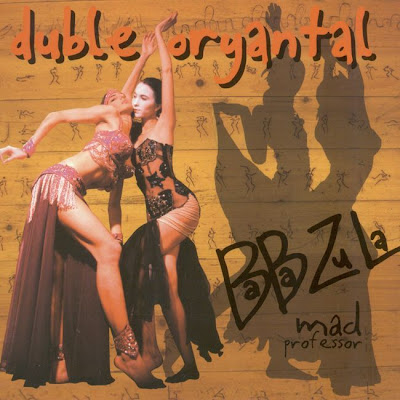 I was in Sound Spectrum in Laguna Beach, California a couple of days ago where the owner Jim had Anoushka Shankar's album Rise playing. Wow, it sure got my attention. Anoushka is the daughter of legendary Indian sitarist Ravi Shankar and along with her famous half-sister Norah Jones is heir to one of the world's great musical legacies.

As one of only a handful of female sitar players in the world, Anoushka could well be thought to be trading on her uniqueness in the male-dominated culture of sitarists and on her father's famous name. But that's definitely not the case here. She's an accomplished sitarist, musician, composer and director in her own right with an impressive list of awards and credits for someone in her mid-twenties.

Rise is a luscious, evocative album that features Anoushka's traditional Indian sitar playing set amidst richly textured arrangements, instrumentations and vocalizations. The compositions and arrangements are hers and they float magically out there somewhere in the ethers between the ancient sounds of Indian music and rhythmic contemporary stylings. Anoushka's music on Rise is both haunting and liquid, beguiling us with a mystical magic carpet ride and then seducing us with its colorful gems along the way. (When was the last time you heard a sitar and a didjeridoo making music together?)

For those familiar with the music of Spain's Ojos de Brujo there's some vocalizing on Anoushka's song Red Sun that's highly reminiscent of the vocalizing on Brujo's Gypsy Party. I was excited to hear this unusual vocalizing again - it's electrifying stuff and makes me think that this is what a human voice would sound like if it morphed into a percussion instrument. Though Anoushka's music is truly Indian at its core and Ojos de Brujo's decidedly Spanish, both share a common thread in the way they blend traditional music with contemporary stylings and do it so well; a telling hint as to the evolution of music.

I like Anoushka Shankar's music on Rise a lot. It has a haunting, seductive quality to it that stirs the imagination and inspires a meditative, trance-like stream of consciousness that makes me want to dance and dream all at the same time. 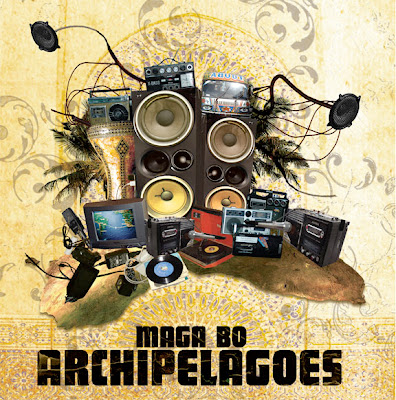