There's something about being a band unstuck in time that makes the question of aging and consistency almost beside the point. Out There, the debut Heliocentrics album from 2007, still sounds good six years later-- largely because it would've sounded good 40 years prior. Evoking eras without highlighting their most obvious reference points-- all in the process of concocting internationally minded jazz-funk without definitively pointing towards specific geographical sources-- drummer Malcolm Catto assembled a group that only loosely hinted at nostalgic exotica. Instead, they became a live-band culmination of every obsessive hip-hop-era producer's drive to fall deeper into a rabbit hole of the previously unheard. That they were able to translate that experience into collaborative albums with Middle Eastern music scholar Lloyd Miller and Ethio-jazz cornerstone Mulatu Astatke was not only a big honor, but a fitting one.

And yet with all their previous works' engagement with this hazy '70s-via-'90s-via-now sample-source sound, 13 Degrees of Reality finds another angle. The catch is that this their new common thread is a nervous, conspiracy-minded anxiety, the kind that burbles up during points in recent history when the horrible seems feasible. There's not really anything inherently dread-inducing about the Heliocentrics' music itself, which ranges anywhere from delicate beauty to sweaty-palmed intensity. But it can be convincingly heard as a soundtrack to justified paranoia when the first voices on the album are George H.W. Bush's invocation of the “New World Order” segueing into Malcolm X revealing the American dream as an “American nightmare.”

A front-to-back listen hints at barely-controlled chaos simmering for a bit before fading into a wide, dusty horizon. Second track “Ethnicity” reveals a twitchy energy, built off twanging strings, mountainous hard rock breaks, and wandering melodic chimes so distorted by reverb they could be anything from marimbas to thumb pianos. “Mysterious Ways” folds the rhythm section from Can's “Vitamin C” into origami, flips the speed to 45, and jabs at it with analog-electronic stings that have all the interrogatory jabber of Sun Ra's more chaotic pieces. And “Descarga Electronica” hammers out tendon-snapping MPB rhythms drenched in a glaze of bristly guitar feedback. But everything eventually flattens out into an almost meditative reverie once “Wrecking Ball” and its 7-and-change minutes of gauzy, slow-motion acid-funk emerges. By the time the twangy desert soul of “Mr. Owusu, I Presume?” and the rain-drenched, humid glimmer of the kalimba-spattered “Black Sky” seep through the speakers, it feels like snapping out of a jarring but invigorating low orbit into something a bit more free-floating and warm.

Brief interludes call up the defiant croak of William S. Burroughs (“No, we will not listen to you, we have had enough of your common bullshit”) and distant-sounding transmissions from creepy-sounding entities who claim to have access to peoples' dreams and minds. But the album, even as it strings these clips together, isn't some kitschy freak-out montage. It's got the breadth of a comprehensively adventurous band, able to balance a steady motorik churn midway between Kraut and deep soul while letting the pull of improvisational tangents and dub distortion shift the picture. If that style can pull off the tense resistance that the distorted voice clips hint at, it also works as its own thing-- an unnerving album composed of alluring pieces. 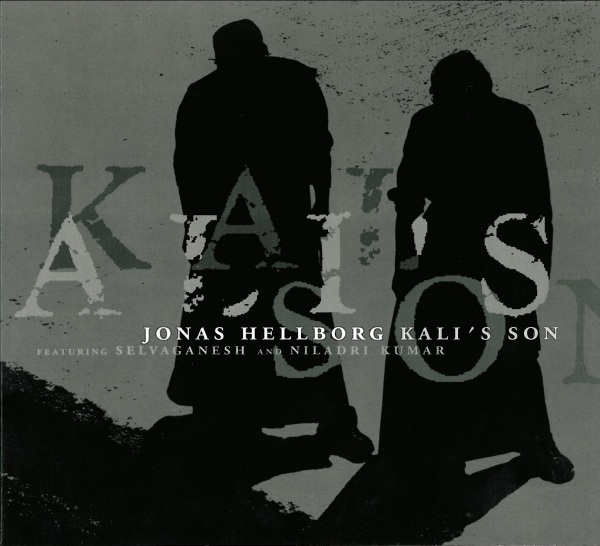 Our Indian music is fantastic. All of you should know that. It’s more complex than the most complex non-Indian music can hope to be, both in terms of melody and rhythm. Unfortunately, harmony is a concept quite alien to hardcore Indian classical musicians. It is this ‘void’ that is filled up by enlisting western instrumentalists for fusion projects. And when it comes to western musicians eager to explore Indian classical music, they don’t come more adventurous than Bassist Mr.Jonas Hellborg. It’s an ideal combination too, isn’t it? The bass is a fantastic rhythmic and harmonic instrument which can seamlessly incorporate itself into an Indian musical sensibility, especially with lead instruments like the Sitar. So lets cut to the chase. Kali’s Son is a bass-‘zitar’ collaboration between Hellborg and desi Sitar phenom Niladri Kumar. And how do they sound? Well, Hellborg’s sound – I can tell by the power of deduction – is of an acoustic bass plugged in. It’s a unique sound, hollow and steely, but still fulfilling. It works well for soloing too, and is a guttaral contrast to Kumar’s distortion-d soloing. Speaking of which, I don’t know if an electric sitar with distortion is a contentious issue, but I think it should be. With the Zitar being a thin stringed instrument like the guitar, a lot of Kumar’s soloing ends up sounding like Indian classical played on a mandolin or an electric guitar with distortion. It’s fantastic, but even a discerning listener might not notice the difference at first. I didn’t. If you ask about the songs, um….they are not really songs. They are improvisations between Hellborg, Kumar and Selvaganesh’s astonishing kanjira. The range of percussive sounds he gets from the drum is amazing. It’s way more than most drummers can manage with a million pieces. Hellborg is also exceptional, deftly combining funk, Hindustani, and god knows what else and chanelling it through that exceptional singing like proto-upright tone. “Shri Shri Vikkuji” has him at his high frequency best. Also, check out the totally psychedelic backmasked bass goodness on “Plastic Puja”. Freaking innovative. And inspiring. I’d never thought of him as a virtuoso before, but I believe he has breached that threshold with this album. His furious rhythm towards the end of “Brightness” is, I think, especially difficult to execute. “Kalighat” is a breath of fresh air, in that its light and happy sounding compared to the emotionally intense tracks elsewhere. However, the bass solo is aboslutely epic. This maybe a showcase album for Niladri Kumar, but Hellborg is the star. Undoubtedly. This is a highly recommended album for all musos. God here for some smoking instrumental jams (though I miss the presence of a kanjira­ solo or two) and inspirational in terms of the possibilities of the acoustic bass and the sitar (argh, Zitar). This sounds right.- El Bajista Source


No Time is the first release of the Association Positivo Moçambique's live band using music as a tool against HIV/AIDS in Africa. They record in schools and bring the theme to the minds of teenagers. Some of the album's lyrics are worked out together with the youths. Breaking barriers that seem to be unbreakable. 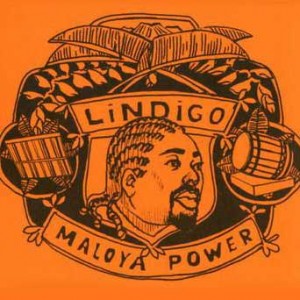 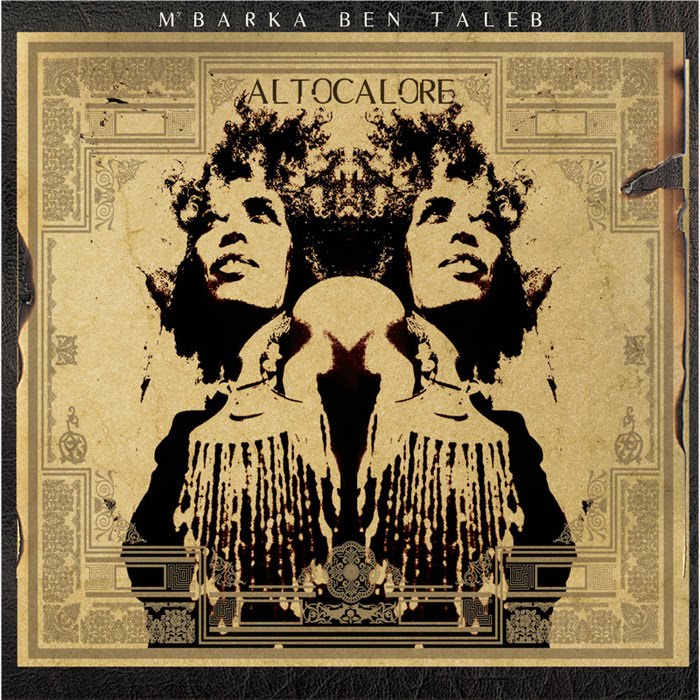 Mercan Dede (born Arkın Ilıcalı, 1966, Bursa, Turkey), also known as DJ Arkin Allen, is a Turkish composer, ney and bendir player, DJ and producer. He divides his time between Turkey, Europe and North America. He is a world music artist, playing a fusion of traditional acoustic Turkish and other oriental musics with electronic sounds.

His best known albums include Seyahatname, Su, and Nar. He has worked in collaboration with Turkish and international musicians such as Susheela Raman, Dhafer Youssef, Sheema Mukherjee (Transglobal Underground) and Hugh Marsh.

Dede was born to a working class and secular parents in Bursa.[1]

He moved to Istanbul from Bursa to study journalism and photography in Istanbul University. Upon his graduation, he received scholarship from University of Saskatchewan and moved to Montreal, Canada.[1][2]

The Mercan Dede ensemble was founded in 1997,[3] by which time Arkın had been working as a musician for some years. Their first album was Sufi Dreams, released in 1998. This album got a boost when the music was used in a German television documentary on Sufi music.

In 2001 he released his third album, Seyahatname, which means "travelogue" in old Turkish, evokes the era of the great caravanserai crossing Anatolia on the silk road. The sound of the ney goes back to this period, and the music aspires to the spirit of the mystic Sufi poets of that time, such as Mevlana. Dede describes the sound of the ney as "a pure, universal spiritual sound" evoking deep feelings, deeper than we can comprehend in just our short time on earth. The ney "speaks the language of love, instantly comprehensible in the heart, compared to which all the mosques, churches, temples built to decorate (our spirituality) drift away". The album is Dede's personal effort to reflect on his own spiritual journey.[4]

His 2002 album Nâr (which means "fire" in Turkish) continued in the same vein. In 2004 he released Su ("water") stayed at number one on European World Music Charts for two months. The album was recorded with an international line-up of musicians and has more vocals on it than the previous works. One track featuring folk singer Sabahat Akkiraz was particularly popular in Turkey. Dede made his U.S. debut at the first Globalfest that year, followed by a North American tour and the release of the album Fusion Monster under the name 'Arkin Allen', which has a slightly different twist on his familiar sound. He was commissioned by the Turkish Ministry of Culture as the music director of the Guldestan project to represent Turkish culture and arts all around the globe, working alongside choreographer Beyhan Murphy.

Mercan Dede and his Secret Tribe have given live performances at festivals including the Montreal Jazz Festival, WOMEX, the Festival de Trans Musicales and Banlieus Bleus, Arezzo, the Montreux Jazz Festival, the World Roots Festival and the Rhythm Sticks Festival and at more than 100 shows in Vienna, Geneva, Brussels, Cologne, Paris, Amsterdam and Istanbul.

His sound incorporates traditional instruments and ney from Turkey and other parts of the world, with horns, dance beats, ambient electronic music, and a Sufi spirituality. The name Mercan Dede itself evokes Sufism as "Dede" is the word for 'elder' in the Sufi traditions, although the name Mercan Dede was taken from a character in a modern Turkish novel. Dede composes his own music, some of which is rhythmic, some new age.

He plays with groups of various sizes and fluctuating membership: the Mercan Dede Trio, the Mercan Dede Ensemble, and the Secret Tribe. The instrumentation used includes electronics and elements of classical Turkish music such as the ney (which he plays himself), percussion, violin, and zither. The groups often include Montreal-based percussionist Scott Russell, Canadian violinist Hugh Marsh, and Turkish clarinetist Hüsnü Şenlendirici. The shows often include men and women in Sufi costume doing Sufi whirling.

Dede works as a DJ under the name Arkın Allen, specialising in music related to that of his live groups, in this case house and techno dance music with an oriental flavour.[5]

Dede has been criticised by Turkish music purists for not being steeped in the Sufi traditions and for not properly representing Sufism in his music and writings.[6] Another criticism is that the whirling dancers he uses to accompany his shows do not accurately display the correct dervish routines. However, as more than a ney player, working just as often as a DJ as performing live in concert, with an audience consisting of clubbers, not Islamic scholars, Dede aims to synthesise several different traditions rather than recreate a historically pure music.