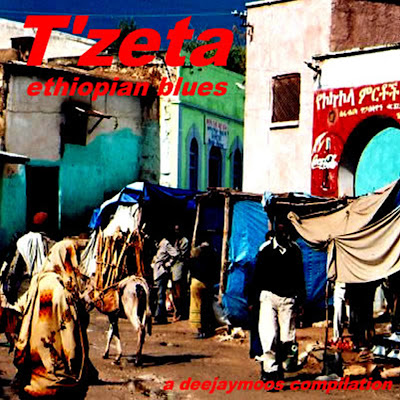 Do you know that 1989 BBC double CD, 'Under African Skies'? When it first came to my ears I was blown away by one song specially. It is the last track on the album but it made an incredible impression. The voice of Bezawork Asfew is the most extraordinary, first time I heard it, it sent shivers down my spine, spontaneous goosebumps, tears, words can't express how that felt, ever since I've been looking around to find her music. All paths seem to lead to the CD this track comes from. If anyone can help us to find something, anything she made, that would be super. With the help of the great series on Buda Musique, 'éthiopiques', I made a compilation of different versions of 'T'zeta' or 'Tezeta', a traditional that practically all Ethiopian musicians seem to have played, listen. After receiving all your tips, it seemed appropriate to post this fantastic Youtube movie, thank you very very much for enlightening me !!!
permalink
Thanks : http://globalgroovers.blogspot.com
Partager cet article