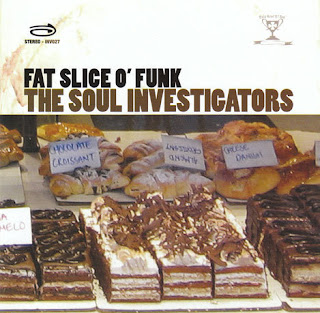 
The Soul Investigators as it was when they started had known each other for their whole lives, playing together since 1998. Guys were digging the same kind of music, such as James Brown, The Meters, Booker T. & The MG's and Mickey and The Soul Generation just to mention few and they decided to make their own music with the same feeling.

The Band had a classic line up when they started: guitar (Pete Toikkanen), bass (Sami Kantelinen), drums (Jukka Sarapaa) and organ (Antti Maattanen). Jukka, Antti and Sami played also in a band called Mood (later known as Maor Presto) and Pete plays in a garage-rock band called The Paisley. First 45 as Calypso King & The Soul Investigators was made in the year 1998 on Jive and it got fairly good response so it was followed by another 45 in the year 1999.

In the year 2000 just before "Soul Strike" was recorded (released on Soul FIre records in the year 2001) Soul Investigators hooked up with DJ Didier who's pretty much into sound engineering and good funk music as well. He also plays gongas and tambourine on some of their latest releases. Still mainly spending his time in studio.

In the year 2001 Calypso King & The Soul Investigators started to do music for TIMMION Records. It started with two different projects, Ostari Njengi and Soultors. There were four 45's released in the year 2001. Latest two of them gives you an idea of what you should be expecting from their stuff in the future.

Just before "Hot Pants On Fire" was released three more members were included in the band. Horn section includes Saxophone (Lasse Tolvanen), Trumpet (Eero Savela) and Trombone (Erno Haukkala). Style itself hasn't really changed but their music has gone a step forward lately and not only beacause of the horn section. Lasse played also in Mood with other Soul Investigators, Eero nad Erno are know maybe best from a band called Soul Captain Band.