The Monkey Nuts - Something Out Of Nothing (2013) [Hip Hop , Alternative Fusion] 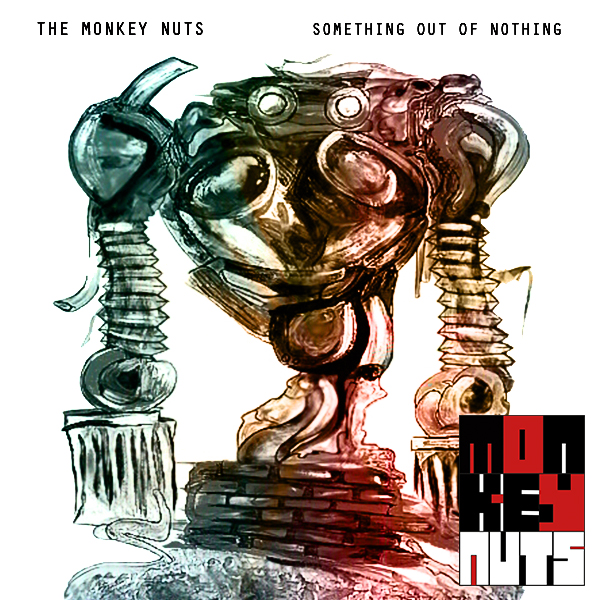 March 2011 saw the arrival of one of the most promising acts to hit the Harare (Zimbabwe) indie music circuit. Four multitalented artists, brought together by their love for music, began their quest to share their unique blend of sounds with the rest of the world. They formed a band and christened it The Monkey Nuts. Theirs is an intelligent and profound mix of culture and music, combining elements of hip hop, rock and electronica. The Monkey Nuts are quickly becoming one of Zimbabwe’s best-known indie hip hop acts. With an undying thirst for success, the band has its sights set on making a break into the international music community.

Following their first ever performance (March 2011) at the famed Mannenberg Café in Harare, The Monkey Nuts went on to headline their first ever concert (April 2011) at the invitation of French Cultural Organisation Alliance Française. They then performed at The Streets Live, a mini hip hop festival, headlined by Congo’s Lexxus Legal (runner-up in the prestigious Radio France International Discovery Competition). August 2011 saw the Monkey Nuts performing at the Braun Battle of the Year break dance world cup Africa qualifiers. The month of September sees the Monkey Nuts headling at the Shoko International Spoken Word and Hip Hop Festival in Harare. The Monkey Nuts will be performing alongside international hip hop acts like Akala (UK: British MOBO award winner 2006), Tumi and the Volume (South Africa’s leading hip hop band) and Hired Gun (USA: Urb Magazines Next 100 for 2009).

Blessed with other artistic talents, the band is made up of three cousins. Tino Tagwireyi (Engineer/Keys/Synth) is a graphic/jewellery designer, Impi Maphangs (Guitar/Vocals/Emcee) is a software engineer, and Joshua Chiundiza (Production/Emcee) is a multimedia artist. Unfortunately the fourth member of the band had to leave (June 2011), to pursue his passion in the fine arts.