The Gaslamp Killer - My Troubled Mind 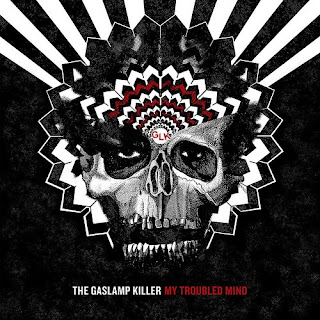 LA club DJ The Gaslamp Killer is stepping into the realm of music releases with My Troubled Mind, his debut EP. The seven track set will be released on August 4th.

Now completely artificially created electronic instrumental music has never been my bag. The Gaslamp Killer however does a respectable job of keeping the music fresh and varied. The tracks come at you in short textured bursts, ensuring none of them really overstay their welcome, a real risk with the genre.

The influences on the EP are also quite varied. Many of the tracks have an overarching jazzy feel to them and several, including the standout "Anything Worse" have a Shaft-like '70s funk quality. The most intriguing construct is "Turk Mex", which is a fusion of traditional Middle Eastern sounds with a flamboyant Latin guitar riff.

My Troubled Mind is never something that I would reach for to listen to on a regular basis, but as it stands it makes a pretty decent soundtrack to whatever chores you need to do today.

THE GASLAMP KILLER - MY TROUBLED MIND EP from ABCNT