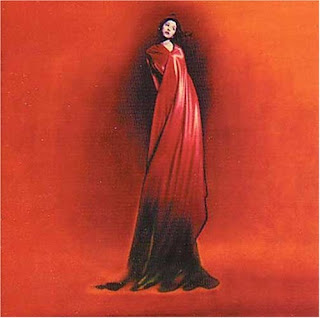 by Charlie Gillett from http://www.bbc.co.uk

The past eighteen months have witnessed a spectacular succession of exceptional debut albums by female singers, each with their own unique sound and sense of purpose, including Mariza and Lula Pena (both from Portugal), Souad Massi (Algeria), Sui Vesan(Slovakia) and the Be Good Tanyas (Vancouver, Canada).Here's the latest album to join this exalted company, although pedantic readers may correctly point out that Yol Bolsin is not strictly a debut album.

Sevara Nazarkhan is already famous at home in Uzbekistan, where her songs are played on the radio and her cassettes can be bought in the street markets of Tashkent and Samarkand. But where her own recordings were made solely with local musicians, Yol Bolsin is her first to be produced for Western ears. Its a difficult trick, to protect a distinctive regional style while rendering it accessible to a more general audience, but French studio wizard Hector Zazou has pulled it off here.

This is not an album to set a party alight. But while it is contemplative, its not soporific - there's a groove to most of the tracks, ingeniously woven from Uzbek instruments.The title track, 'Yol Bolsin' stands out. Based on a song dating back to the days of the brigands who preyed on Silk Road travellers, now its message is more benign; its melodies are played by Toir Kuziyev on various string instruments -Turkish saz and Arabic oud, as well as doutar. Its rhythm has a slowed down bo diddley syncopation, and would fit into so many contexts - from Buddha Bar type bistros to adventurous blues-based radio shows.

Look out for Sevara's live shows at the Barbican's Festival of Music from Eastern Europe and Beyond (in May) and at WOMAD Reading (July). She is likely to be among the nominees for Best New Artist and Best Asian Artist at next years Awards for World Music.