Sara Lugo - What About Love 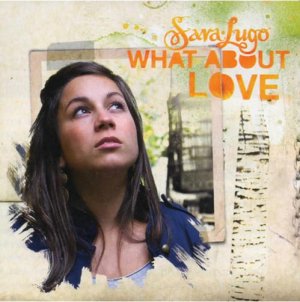 
By Valentin Zill  from http://www.reggaeville.com

Here it is! Finally. Sara Lugo has been a household name in the German Reggae scene for years, and she is increasingly getting recognized outside of Germany. Amongst her fans, you find illustrious names such as David Rodigan, Dub Inc, Rootz Underground, Ras Achis and so many more. It is hard to believe, but she came that far by releasing an EP and several singles only. The waiting is over now as Munich‘s golden voiced angel releases her debut album What About Love. Backed by amazing musicians, some of the best Europe has to offer, Sara presents twelve tunes full of love, sadness, joy, hope and all emotions in between. Twelve tunes changing from (incredibly good) Roots Reggae to (incredibly good) R‘n‘B, flavored with Soul, Jazz and Hip Hop influences. Be warned - if you press Play once, you‘ll feel like pressing Stop is a real sacrilege.


What About Love has been produced by Umberto Echo, Sara‘s longtime supporter, multi-instrumentalist, renowned Dub artist in his own right and producer and arranger of several dozens of top-ranking Reggae, Dub, Jazz and JAH knows what else recordings. The credits read like a who‘s who of Europe‘s most gifted Reggae musicians. Sara employs members of Dub Inc, Gentleman‘s backing band, the Oneness Band, Jamaram, the Next Generation Family, plus Jan Delay‘s guitar player Loomis Green, Jahcoustix, Florian Opahle (who played guitar for Ian Anderson of Jethro Tull, a pretty well-known British Rock group, according to Wikipedia),  Ganjaman, and others. Music-wise, this album is a must.


But even better than that is Sara‘s voice. She reveals her Soul socialization in every syllable she sings, transporting a wide spectrum of emotions in a way that I just cannot imagine somebody would not be touched by it.


Most of the tunes on What About Love have not been released previously. Thematically, Sara talks about love from various angles. Since her debut album is absolutely free of letdowns, I will only introduce my very favorites to you. Nothing To Worry shows an aspect of Sara we have not seen so far - pure upliftment, as she is reminding us that God always takes good care of us. This tune is so good it prevented me from getting mad when the nuclear plant in Fukushima exploded. They Know Not Love is a strong combination with Lutan Fyah. The story goes that Lutan did not sound rough enough for Sara, so she kept on sending him back into the vocal booth until he asked her: “Is that enough now, Miss Producer?” Part Of My Life is Sara‘s contribution on Greenyard Records‘ Design Riddim, talking about the love between siblings who found back together after a time of conflict. Locked Away is the tune Loomis Green recorded with Sara, a tune about a love that went wrong. Equally touching is the slightly melancholic One Of These Days. Slightly different from the version
released on Naptali‘s winning album Long Journey is their combination And They Cry.