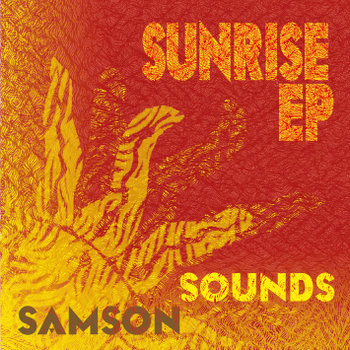 Samson Sounds is an up-coming outfit within the city of Glasgow. Incorporating musical elements from African highlife and blues, to Kwaito and steppas with a heavyweight dub base. The grooves played are tight, solid and never fail to bring warm happy vibes to any event.

A highly diverse group, the use of digital elements, gives them the ability to set up in limited spaces bringing live music to where only DJs have played before. It also allows soundsystem-heavy music to be played live at similar levels to those of a DJ with ease.

Originally started with a soundsystem, DJing and solo productions by Anders Samson the band began in earnest when, King Raja and Willie G joined, bringing trombone and guitar to the table. From here the sound really progressed. Willie’s rapid African plucking and Rajas melodic brass gave a much wider scope for the music pushing the boundaries out from the solely electronic into a fresh blend of live instruments and digital sounds. With the addition of singer Easy Oze in early 2012 the group had reached the fullness of today. Easy Oze’s sweet and sometimes deceptively high voice, cuts a path while also providing deep soul vocals to soothe it back over. This group will always bring style and smiles to any party, regardless of the crowd.