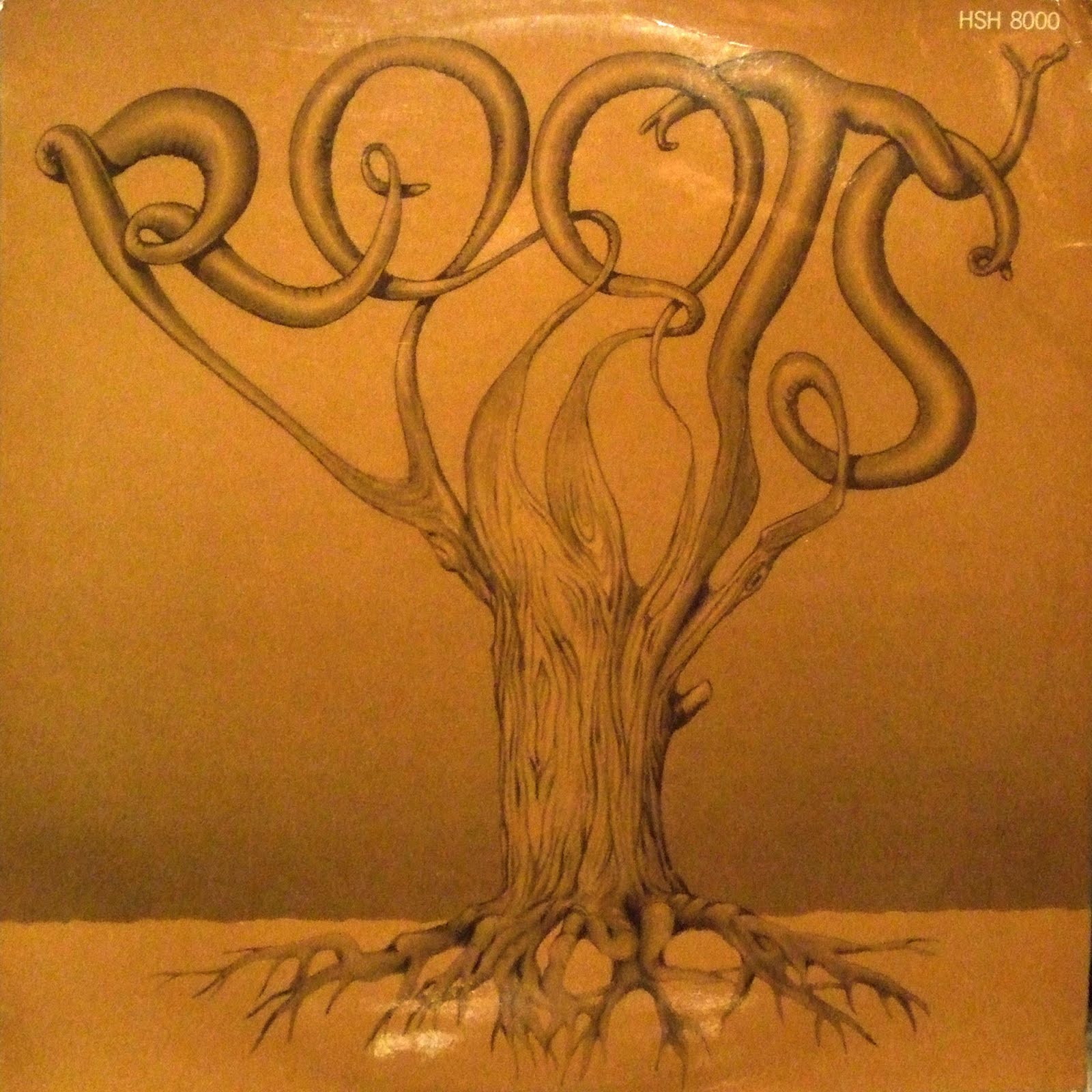 By Matt Temple    from http://electricjive.blogspot.fr

Roots are often cited as a key strand in the development of an indigenous afro jazz sound that links the Drive, the Pelican Club house band under Dick Khoza, Spirits Rejoice and later Sakhile. The liner notes (repeated below) make reference to the public performance diffculties of the times, something well noted by David Coplan in "In Township Tonight". There was nowhere left to perform this kind of music in the late seventies.

From the original liner notes: "Within two months of its formation, the group has already got down to composing and recording this LP. Barney Rachabane on the alto and Dennis Mpale the trumpet master are the backbone of Roots. These two have played with the greats, such as Mackay Davashe and Gordon Mfanda who were both nipped in their buds by an untimely death. Duke Makasi plays the tenor sax, Sipho Gumede is on bass, Peter Morake on the drums and Jabu Nkosi on the organ, The group plays Rock Jazz with a local sound. Their music takes one back to Dorkay House jam session days which are now no more. They play in private homes and intend making more recordings."

For a long time no recordings of the Roots were thought to exist but slowly we uncover the past through the artefacts we are fortunate to find. We hope you enjoy today's recovery. Highly recommended.