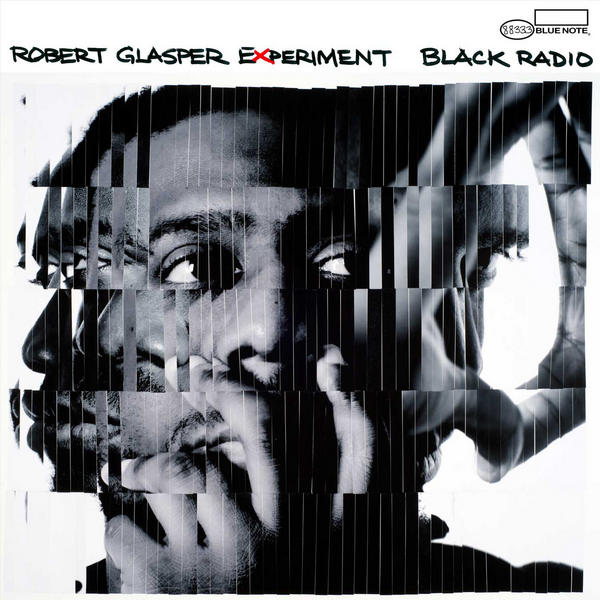 
By Adam Kuhn  from http://corndogchats.blogspot.fr

When one thinks of today's mainstream pop music, one does not immediately think of jazz. In fact, I have been of the opinion for the longest time that jazz needs to find its way back into mainstream pop music. It was once king and those glory days are far behind, but I think it will return one day, perhaps in a different form, sort of like this. While Norah Jones may be the closest thing to jazz in pop music today, it is hard to deny that the hip hop world has nestled itself comfortably into that world of pop music as well. So what Robert Glasper has decided to do here is blend his music prowess, which is that of a jazz pianist, with the musical talents and styling of today's hip hop music. An interesting experiment to be sure, Glaper collaborates with various artists throughout and the result is a mixed bag.

The greatest attraction in jazz music for me is the moody transportation of the arrangements. The music manages to seep into my atmosphere from out of the speakers and take me to a musical paradise when done really well. That sort of experience can be found on this album, it is just a shame at how sporadic it comes. Glasper plays a great jazz piano, but his trouble on this album are his collaborators, who are mostly hit or miss. When paired with the delightfully soulful Erykah Badu on "Afro Blue", the classic standard with a slight twist this time, Glasper arranges an instantly gratifying experience. The hip is really downplayed for most of the album, featuring mostly jazz numbers with slightly influenced hip hop beats. In reality, the singers are jazzy or soulful and manage to compliment what Glasper is going for. The problem is sometimes they aren't all that interesting.

Perhaps more songs like "Always Shine", which features Lupe Fiasco, would have benefited the overall effectiveness of the album. On that track, Fiasco's rap pairs uncannily well with the jazz. For being an "experiment", Glasper should have gone further in marrying these musical styles. That being said, it is like nothing else I have heard, though I also haven't exactly listened to very much modern jazz to know if this was innovative or not. Glasper flirts with a great album, but honestly falls short not because of his talents as a musician, but as an assembler of talent. It is worth a listen for the handful of good tracks, and perhaps for the direction it may move the music industry over time.

Published by DJ DemonAngel - dans Soul R&B
commenter cet article …
<< The Starseeds - There Is Enough... Micatone - Wish I Was Here >>