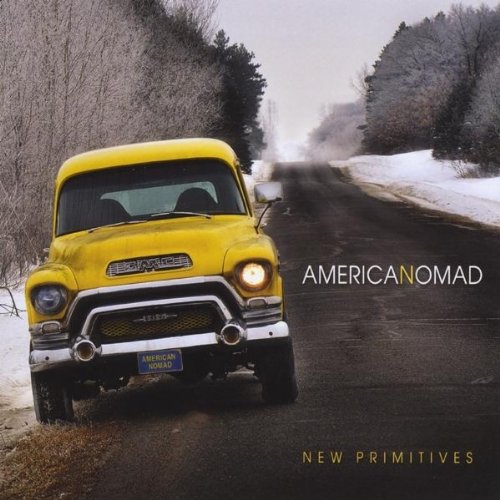 To know more about Stan and his musical background, please check out his full-length bio.

Chico has been an active percussionist for many years, touring with such groups as Crow Cola, Gypsy, Jump Street, and 7th Wave. His professional career includes numerous studio projects, as well as keeping busy as a drum-maker and teaching African and Afro-Cuban percussion at the Minneapolis Drum Center.

Matthew grew up in a musically rich environment, learning his first blues lines on bass guitar at age 14 from his father. Soon, he began playing with brother, Nate, and Javier Trejo in The Beads. Matt has studied and played with Gary Hede and Jeoffry Baily and played Jazz at the U of M School of Music. He also played with his group, The Jazz Bastards, and with Hip-Hop group, United States of Consciousness. In 1999, he and Mason Hozza re-formed The Beads. Soon after winning the Cabooze's contest for ï¿½Best Unsigned Band in the Twin Citiesï¿½, The Beads released their 2003 CD, "Ordinary Sunday People." After The Beads' run, Matt formed the Stevens Brothers Band with longtime friend, Dave Libman (aka Juice), brother, Sam, on drums, and Nate on Vox and Harp. In the spring of 2005, Matt began performing with Wookiefoot, adding another dimension to his repertoire.

Matthew first met New Primitives in 2003 when they co-billed a show with The Beads. A few months later, Matt was invited to fill-in for Tommy Peterson while he was away on his honeymoon. During a practice/jam session before the gig, Matt remembers his feeling of glee over the rhythmic differences and all the possibilities of playing with this group. He finished the show, but did not hear from them about playing until 2005. This is when Javier called to say that Tommy was working on a new endeavor with his business partner and would he be interested in filling in regularly?

Joel Schaan started music at age 5 when his family moved into a house with a piano to big to get out of the basement. By age 14 he talked his brother Toby into buying a bass and soon they formed their first band together. They played the northern North Dakota barn circuit in the late eighties, then reformed as Wallace Hartley and the Titanics in the early nineties. As a ten piece Funk/R&B group they traveled the midwest bar scene playing original music, as well as recording with Tom "Bones" Malone, and Paul Shaefer. In early 2000, they co-founded Test Site 67, where Stan Kipper became a regular member of their weekly house gig at famous NE bar Mayslacks. The band released one CD, followed up in '06 with a solo effort by Joel entitled "Accoustic." After years of sharing stage with Stanley in each others' bands, Joel finally joined the New Primitaves in the spring of 09.

Park Evans:
guitar
Park Evans is a Minneapolis based guitarist, composer, and music educator. Originally from Ithaca, New York he grew up studying with classical guitarist Karl Wolff and British fingerstyle master Martin Simpson.  He moved to Minnesota to further his study of classical guitar and composition at Saint Olaf College. Upon discovering the rich music scene in the twin cities and studying with local jazz guitarists Dean Magraw and Kevin Daley he became a permanent resident.  In addition to working with New Primitives for the past 10 years and joining them full time in 2010. Evans also performs in his solo project, the genre-bending jazz quartet Parker Paisley, He has released 2 cd’s of his original music; 'Impossible Party' (2003), and 'Surviving Desire' (2006); with his 3rd release, 'Satori for a Hungry Ghost', coming out in early 2012. He works as a studio musician and can be heard on numerous recordings including jazz, rock, alt-country, and folk albums. He has taught guitar lessons for the past 20 years with tenures as a faculty member of the Music Connection and the Rymer-Hadley center for the arts.

Daryk Narum (a.k.a. Durwood) has floated around the periphery of the New Primitives voodoo landscape since first meeting
Stan and Chico when they were in One World and just forming the New Primitives. Before joining the band, Durwood played in multiple projects with different members of the New Primitives. Since moving to the Twin Cities in 1994, Daryk has performed in Test Site 67, Inspirado, Wallace Hartley and the Titanics, Slow Motion Walter, and Rhythm Jones, as well as adding his signature bari and tenor sound to other bands in the area. Daryk has been enjoying being a permanent member of the New Primitives since 2007.