Mourah - From One Human Being to Another 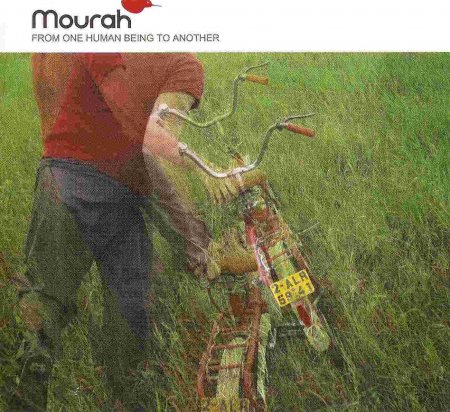 From Myspace :
By the end of 2003, Mourah starts his musical carreer with the release of his debut album FROM ONE HUMAN BEING TO ANOTHER. It is a fine and pure piece of work that finds its centre in a raw blend of acoustic and electronic sonorities.

Author composer arranger and performer, he brings us here an ensemble of diverse themes in their intensity and style: «It is not a homogeneous album with tracks following a logical sonority in order to set a scene in the listener’s imagination. It is rather a kind of collection of my first (serious) musical attempts as a composer exploring different fields such as trip-hop and drum’n’bass amongst others…Therefore there is no main connecting thread running through the tracks, here what links them is the rupture from one to another. It is not an one-hour single journey but rather eleven journeys of five minutes each».

In sum, it reflects shared experiences first with a funk band called Anticlockwise in Geneva (1995) and later with his friend Dj Kmi (co-founder of Geneva collective Audioactivity) in the quest of the art of djing by mainly mixing drum’n’bass and breakbeat tunes.

It would finally be the Portuguese independent label Nova Zona/ Zona Musica to give him the first chance of showing his skills. Aware of his lack of experience they bet, nevertheless, on the one hand on his sensitivity and on the other hand on the cultural richness an early immigration to switzerland might have given him. It is in some sense, on a personal level a return to his roots, to an unknown country after his father's death. A page is now turned and many more are about to be written. To our concern, musical ones.

FROM ONE HUMAN BEING TO ANOTHER was nominated for best national album 2003, at the Dance-Club Music Awards, rewarding alternative and electronic music both Portuguese and international. For him the highest point of a global acknowledgment by the media and specialized press.