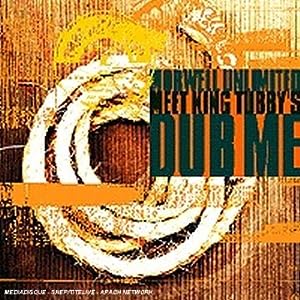 By 1975, the Jamaican dub had evolved from being a mere instrumental version of a singer's hit to a unique creative force. Instruments began dropping in and out of the mix unexpectedly, vocals appeared only to be frozen in time by heavy doses of echo and reverb, and filtered drums started changing shape before listeners' ears. The first shots had been fired two years earlier, with the near-simultaneous release of Lee "Scratch" Perry's Blackboard Jungle Dub, Herman Chin Loy's Aquarius Dub, and Clive Chin's Java Java Dub opening the floodgates. Lost in the shuffle during the years that followed was this 1975 encounter between King Tubby and the Morwells. Formed in 1973 by Maurice Wellington and Eric Lamont, the duo soon began releasing music on their own MOR-WELL ESQ label. For Dub Me (1975), Tubby draws heavily upon the Morwells' debut album, Presenting the Morwells, on ten mixes. Blood & Fire adds four dub cuts, the finest of which is an extra version of the group's take on "Swing & Dine," with the engineer in top form. For the most part, the mixes are more reserved than usual, which is possibly the reason this disc was given a mixed reception upon reissue in 1997. As reggae fans know, however, the presence of the dub master alone makes this worthy of consideration, and there's much to enjoy here. Horn lines and guitar chords hang suspended, high above the drum and bass foundation on "Morpheus Special." Eric Clarke's drum patterns slip and slide across Errol Holt's bass on "Bald Head," and Tubby expertly teases listeners with enticing snippets of vocal on the infectious "Pegasus Rock." Dub Me probably won't leave newcomers in awe of Tubby's mixing prowess, nor of roots reggae's elemental power, but serious fans should definitely take note.