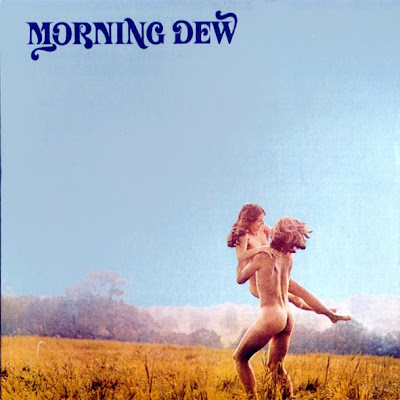 The Morning Dew Story (continued from the previous CD release "No More").  The next recording sessions by The Morning Dew were done during the dates of July 24-25, August 6 to 11, and August 25 to 26, 1968.  Ten songs were recorded, eight of them penned by Robinson.  He reflected on the songs of The Morning Dew by saying "We're the Morning Dew twenty four hours a day, so we've got plenty of time to do this".  Regarding the suggestive drug and sex references in song lyrics by many bands Robinson said that "anyone can write a dirty song, besides, if you're not high on drugs, it's hard to write about it". The changes from their previous singles could be explained in one word “psychedelic”.  The influence of The Beatles’  “Sgt. Pepper” album is evident on the opening band playing that segues into what becomes “Sycamore Dreamer” with its eerie John Lennon phased vocals and lyrics. “Then Came The Light” features Robinson on the wah-wah pedal while guest Lou Rennau plays the weird sounding oscillator.  Dubbed over the break is a message from Robinson, similar to the Jimi Hendrix monologue in his psychedelic masterpiece “If 6 was 9”.  “Then Came The Light” , “Cherry Street” and “Something You Say” would all show up later on The Morning Dew’s highly collectible Roulette album, issued in 1970 (albeit in different versions).  “Lady Soul” was The Morning Dew’s sarcastic reply to the fans at their shows that asked the band to play some soul music.  Robinson’s clever use of a double tracked fuzz guitar sound blended with help from the Missouri University Marching Band on horns turns the song into a odd blend of psychedelia and soul.

The ten-song demo tape was circulated around to record labels and A & R men.  Sligar stated “What helps so many other groups is the fact that they are in big cities, nobody from a record company is going to come to Topeka to hear a band somebody tells them is pretty good, you’ve got to take it to them”.  A stroke of good luck occurred when a local agent, was able to secure The Morning Dew a contract with Roulette Records.  This occurred in the fall of 1968.  A promoter/investor from Columbia, Pete Shanaberg (an affiliate of Lou Rennau) took the ten song demo tape with recordings from other Midwest acts (Don Cooper, Morgan Mason Downs) to New York and peddled these tapes to record companies. Consequently, Shanaberg was successful in obtaining record deals with Roulette Records for all the acts. Due to the time that had expired from the 1968 Fairyland recordings, Roulette wanted to hear some current recordings of the group so The Morning Dew recorded “Get Together” and “Young Man” in May of 1969 but both tracks were never released (although “Young Man” was later issued on the Roulette album, it was a different recording).  Unfortunately, Shuford had already left the band due to the draft and was replaced by former Burlington Express member, Blair Honeyman on the two recordings.

A producer for Roulette, Fred Munao came to Topeka in June 1969 to hear The Morning Dew perform live. He was so impressed with the band that a recording contract was signed the day he came to hear them in Topeka. In August of 1969, The Morning Dew drove their van up to New York for the Roulette album recording sessions. The album was recorded in three days.  Three of the 11 songs recorded for Roulette had been previously done the year before at Fairyland Studios, “Cherry St.”, “Then Came The Light”, and “Something You Say”.  Seven other songs were new Mal Robinson originals. The band submitted to Roulette a proposed album cover but it was rejected in favor of a photo of a hippie couple in the nude on the verge of making love or finding the answer to life’s mysteries.  Unfortunately the album was delayed for unknown reasons and released in September 1970, over a year since its inception.  The album received little promotion from Roulette and sold poorly, but today is recognized as a classic with original copies going for over a hundred dollars.