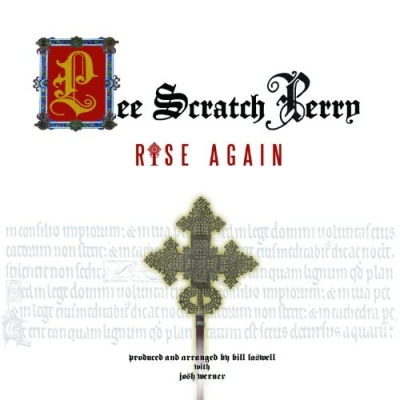 By John Bergstrom  from http://www.popmatters.com

Lee “Scratch” Perry turned 75 this year. He has been part of reggae music literally for as long as reggae music has existed. His huge influence on reggae, and dub especially, as producer and artist, is undeniable. For the past couple decades, though, Perry has been more of a curiosity than a musician in the traditional sense.

From claiming that Island Records’ Chris Blackwell is a “vampire” to claiming to be an extra-terrestrial himself, Perry’s outrageous, though occasionally inspired, non-sequiturs have marked his post-1970s career. The music has mainly come down to a series of well-known collaborators. Perry’s albums have been overseen by dub maestros Adrian Sherwood and Mad Professor, and Scientist. He has also worked with the Beastie Boys, the Swiss experimental techno-pop band Yello and the Austrian dub collective Dubblestandart. He’s even appeared on record with film director David Lynch. The one constant throughout has been Perry’s bizarre orating, made all the more endearing by his unaffected, grandpa-like croak.

Perry’s longevity in a Jamaican reggae world with a lower-than-average life expectancy is nothing short of extraordinary, but when was the last time you could honestly say you were excited about a new Perry album? The not-so-subtly-titled Rise Again aims to change that. What hasn’t changed is the focus on high-profile collaborators. Only now there are more of them. Overseeing, producing, and co-arranging the project is veteran dub/psychedelic artist Bill Laswell. The collaboration makes so much sense it’s surprising to realize Laswell and Perry haven’t teamed up before. To sweeten the pot, Laswell has brought in legends like drummer Sly Dunbar and P-Funk keyboardist Bernie Worrell, and relative fresh faces such as Tunde Adebimpe from TV on the Radio. It’s a noble effort, and it does result in some of Perry’s most effective work in years. Where and how exactly Perry fits in, however, is up for debate.

Perry hasn’t changed—why would you expect him to? If you were hoping for him to pull off some kind of Bim Sherman or Johnny Cash move and completely remake himself as a sort of shaman, with musical gravitas to match, know that it doesn’t happen here. No, on Rise Again Perry is still the same eccentric jester. He rails against the “parasites” who threaten his inner peace. He constantly reminds you who you’re listening to; “Lee Scratch Perry” is one of his favorite phrases. He’ll be rolling along on a fairly lucid line of thought and then hit you with something like “I conquer Prince Charles”.  Over the course of the album, he claims to be, among other things, the lord of the earth, the father of time, an Ethiopian king and the heart of God. All in that voice, mind you, that suggests you’re listening to something created by Jim Henson.

A certain amount of this is charming. No one else could utter the word “Satan” as charismatically as Perry does on “Scratch Message”. Each phrase of the chorus is a rebuke to, as Perry puts it, “Seee-taan”. Really, the evil one had better listen.  When Perry subtitles a song “Japanese Food”, there’s nothing cryptic about it. As Worrell’s signature helium synth sound whines in the background, Perry deadpans, “Japanese dude / I am a lover of the Japanese food”. But how much more of Lee Perry the Loveable Crazyman do you really need?

That’s where Laswell comes in. Wisely, he forgoes electronics in favor of live, earthy soundscapes that give Perry the rustic backdrop he needs. Laswell and his team of experts add some variety, too. “Higher Level” sets Perry’s bravado against some soulful flute and backing vocals. It’s a bit Gil Scott-Heron, and it fits. “Orthodox” and “African Revolution” have a more rocksteady reggae vibe. But Perry’s legacy and Laswell’s expertise lie in dub. Laswell fills tracks like “Scratch Message” and “House of God” with snaking bass, sneaky echo and sound effects that slip through the cracks in your speakers. On the title track, he captures Perry’s best performance in years, if not decades. Against a somber, almost melancholic backdrop, Perry intones the one phrase, “I rise again”. He says it with some self-assurance, with some defiance. He almost sings it. And the words beget the deed, because Perry once again has gravitas.

Of course, there’s no way Perry could deliver an entire album that’s so focused and powerful, regardless of who were behind the boards. Thus, on the latter half of the album the “guests” become the primary vocalists and Perry wafts in and out, a guest on his own record. Put it all together and though the legendary Upsetter of Perry’s golden years has not been resurrected, on Rise Again he’s closer in spirit to Perry than he has been in quite some time.