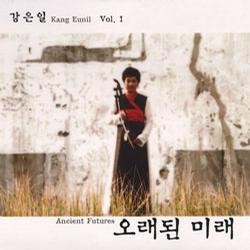 Kang Eun Il is one of the world's most acclaimed Haegum artists and is regarded as the forerunner of crossover music, combining traditional Korean music with non-traditional genres. Ancient Futures, her debut album, combines various musical genres: traditional, classical, jazz and improvisation (used for soundtrack of Kim Ki-Duk’s movie “Hwal” - "The Bow"). She has greatly broadened the scope of her instrument, playing with famous musicians and orchestras both at home and abroad. Kang has long been interested in the possibility of bringing her instrument to a wider audience by experimenting with crossover music and this has led to her collaborative work on popular songs with a number of famous jazz musicians. Really beautiful, emotional music !