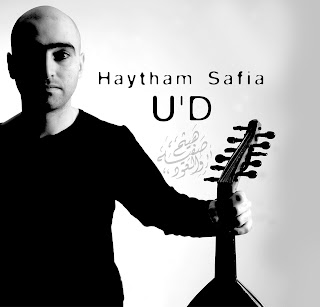 Haytham Safia (1980) is from Kafr Yasif, in the Galilee of the Holy Land, his passion for the U’d starts at an early stage. In 2001 he makes his debut as a performer in The Netherlands, where he acquires a firm position in the musical ensemble accompanying the Galili Dance Group: they tour through Europe. In 2002 he graduates with distinction at the Academy of Music and Dance in Jerusalem. In February 2004 he plays as a soloist with the Holland Symphonia in the Concertgebouw in Amsterdam. Haytham Safia is in essence a classical Arabic musician, but his compositions and music are influenced by other musical styles such as Persian, Balkanian and jazz music.