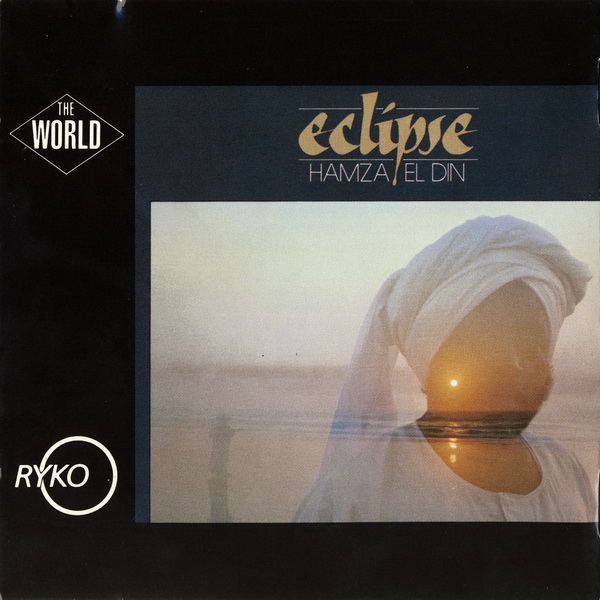 By James Rotondi from http://www.amazon.com

Unique among Middle Eastern artists, El Din is a Nubian oud player and singer from the Sudan who studied his craft in Cairo, and fashioned the oud--normally used for accompaniment or in ensembles--into a solo instrument, combining Nubian and Arabic musical gestures. Eclipse--produced by Grateful Dead drummer and world-music champion Mickey Hart--exploits elastic rhythms and repetitive motifs in moody, majestic pieces like "Helalisa," the lovelorn song of an Egyptian field hand, and "Your Love Is Ever Young," inspired by Egypt's late queen of song, Um Kalthoum. Fans of Turkish oud masters (like the great Udi Hrant) will find El Din's penetrating tone and attack familiar, though his arrangements and vocal accompaniments are a different beast altogether, producing an evocative, melancholy music that draws on several traditions simultaneously.

As the Moors swept across the northern stretches of the African continent, they left in their wake a rich legacy of music, myths, and legends. Performing brilliantly on the oud (the Arab precursor of the lute) and on the tar (the ancient single-skinned frame drum of the upper Nile), interwoven with his hypnotic voice, he has singlehandedly created a new music, essentially a Nubian/Arabic fusion in line with both traditions and informed by Western conservatory training. This album includes an original composition,"The Visitors," which he composed in Baghdad in 1965, in Iraqi Arabic with Egyptian melody and Sudanese pentatonic.

Other tracks feature his arrangements of traditional songs celebrating a first wedding ("Ollin Arageed"); sending a river-pulley worker's greetings to his beloved via a pelican ("Helalisa"); and paying tribute to the incomparable Egyptian songstress Um Kalthoum (1902-1975). "Mwashah" is a classical piece from the time of the Moors in Spain, traditionally used to train voices.