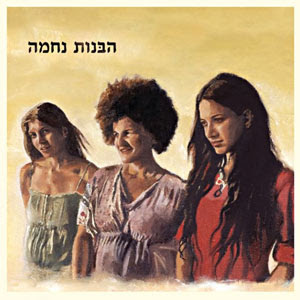 Habanot Nechama is made up of three beautiful, experienced singers, Karolina , Dana Adini and Yael Deckelbaum. Habanot Nechama is a live band in the deepest sense, having built a huge and very dedicated following before ever releasing even one single.

No one could possibly have predicted the enormous success HaBanot Nechama found with their eponymous debut album. The August 2007 release went gold after only three weeks, and platinum immediately afterwards. All concerts on the first Israeli tour were quickly sold-out with an unprecedented demand by European summer festivals.

The girls received great media exposure, topping the radio charts for several weeks, and eventually receiving a nomination for the "Best New Act" award at the Israeli Music Channel Annual Awards. And was named "Act of the Year" in DJ Ha'ir magazine. Reggae influences, soul-folk melodies, one of a kind harmonies and impeccable song-craft are highlights of this perfect showcase of how English and Hebrew can co-exist.
permalink