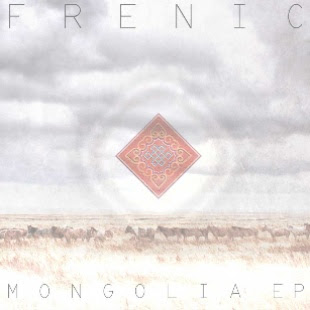 From http://www.djfrenic.com
Sam Fergusson known to many as Frenic is a fast emerging UK talent garnering an international reputation for producing music which shows his inspiration from many forms of dance and hip hop whilst hinting at deeper musical influence. Frenic first started making beats for hip hop MC’s after becoming inspired by listening to rap heavyweights Wu-Tang Clan, DJ Premier, and Pete Rock. Having bought a pair of turntables began his quest into understanding scratching and turntableism which then lead him to forming a live act called Lost Project. Popular on the U.K hip hop scene, they played many lives sets to great response, even supporting hip hop royalty like The Pharcyde, The Beatnuts, Task Force and Afrika Bambaataa.

In the late 90s Frenic was attracted to the growing Drum n Bass scene and before long he and DJ Dis started playing a DnB raves djing for the famous “One Nation” young dj agency. The pair made it all the way to the Movement Vestax DJ comp finishing, as runners up to the now well known JFB. Frenic also moved to Bristol in search of broadening his musical horizons and meet more like minded people.

Now 16 years on, he has forged a reputation as one of the best party DJs to come out of the U.K, often a regular on the UK festival circuit, and well as his famous annual sets at the F1 Grand Prix and Moto G.P.

His Sets are defined by a deep a eclectic selection of beats, breaks and bass, uniquely blended and fused utilising his turntableist skills he acquired through years of Djing within the UK Hip Hop scene.

In the last few years Frenic has focused on his own music production creating a selection of acclaimed E.Ps. Starting with “The Future Will Be Better Tomorrow” Frenic brought soul, funk and hip hop to the table and the hit single “Alright”. “SoulBass” was Frenics next release bringing his dance music influences to the forefront of his production, incorporating big bass sounds and synths, but still with a nucleus of deep musicality.

The Latest offering, “Lessons From the Past” featuring tracks “New World”, and “Get out of Dodge” Showcase a darker, more cinematic style that has brought widespread interest and international recognition.

With 2012’s diary already filling up and new sounds planned for release, Frenic’s unique musical style and audio soundscape is in line to set the world ablaze far beyond the Bristish shores he hails from.