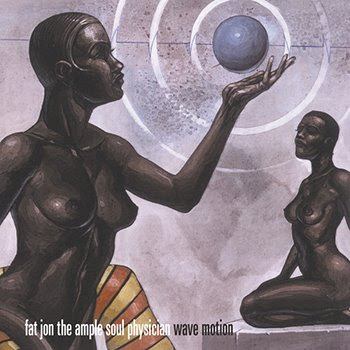 By Paul Cooper  from http://pitchfork.com

Instrumental hip-hop is a tricky proposition. Until DJ Shadow's Endtroducing, the idea of releasing instrumental versions of rap tracks seemed ludicrous. Who'd want to listen to It Takes a Nation of Millions bereft of Chuck D's searing commentary and Flav's wisecracking? Would an instrumental version of Three Feet High and Rising be anything more than just a collection of oddball samples? Endroducing changed the rules. Shadow's curatorish crate-digging made voiceless hip-hop engaging and worthwhile pursuit. Of course, it wasn't too long before less notable and skillful beat-forgers converted Shadow's pioneering endeavor into a budget-priced bandwagon.

Dan the Automator is largely to blame for this. After resurrecting Kool Keith with the Dr. Octagon project, few Automator projects were deemed complete without an accompanying instrumental version. These albums attract me even less than remix albums. At least with a remix album, you might get an intriguing take on a tune you'd previously considered wet shit. Prime example of this is Matthew Herbert's Secondhand Sounds remix collection where he transforms putrid slurry such as Moloko's "Sing It Back" into fascinating concrète funk. But with your usual instrumental hip-hop album, it's the same album, only with the vocals excised-- and without even the expense of hiring Norman Cook to bully his engineer to rig up four samples and roll them into a wire ball of predictability.

It need not be this way! Reggae has a long tradition of released vocal and "versioned" readings of albums, like Burning Spear's Marcus Garvey with its Garvey Ghost dub version, and Johnny Clarke's Don't Trouble Trouble, and the Aggrovators' aptly-titled Johnny in the Echo Chamber. Surely, there's something that can be done about this!

Enter Fat Jon the Soul Physician, the beat creator for the Five Deez crew and a salve to all of us that have been exhausted by waiting for true instrumental hip-hop. Though the cover of Wave Motion may make blatant reference to Stevie Wonder's early 70s third-eye soul, the music is deep and dubby hip-hop cool. This ain't the stuff that'll sell K-Swiss trainers-- nor will Fat Jon be appearing on the glossy cover of Vibe. This, rather, is the stuff that discerning heads will take to their hearts, just as they did with the even more daring Soulmates by Bay Area genius Nobody.

Wave Motion opens almost programmatically with a sumptuous female vocal crying, "To the Sky! Take me home!," as some unidentified hepcat saxophonist hollows his low-down mojo. With these two contrasting elements, Fat Jon states that this record will be a celestially jazzy homecoming. A tight snare creeps in to add just the right amount of head-bobbing funk. With an opening as brazenly self-assured and soulful as this, I forget all my previous notions regarding instrumental hip-hop. "Feel the Void" adds to my enthusiasm. The track creeps up with a liberated bassline that wanders from rhythm to rhythm until a steady pattern emerges. Above these elements, a lonesome flute charts a course through heartache, only to be goaded into lovelorn desperation by occasional bass clarinet farps. Two tracks in, and I've forgotten all about Shadow's over-hyped (not to mention disappointing) The Private Press.

"Visual Music" is not as oxymoronic as its title suggests. It's an uncomplicated, gorgeous téte-a-téte between a restrained drum kit and an array of gently chiming guitars, reeds, and keyboards. "Watch Out" possesses a distinguishing brightness, a feisty club cut after the almost contemplative vibe of the preceding tracks. "For Stress" clothes the Neptunes' tighter-than-spandex snare sound in ambient spangles and Gil Evans horn ensemble lines. "Eyes" continues the jazz without sounding anything like a Digible Planets or Tribe Called Quest clone. "Wet Secrets" vies with "Watch Out" for the club action. "Wet Secrets" will lose out, as the harmonic piano clusters lend the track a meditative quality that will be lost on the Kristal'd and Red Bull'd masses.

And that's the overwhelming thing about Wave Motion. Fat Jon is a conscientious and gifted producer with a talent for creating tracks that work on multiple levels simultaneously. The grooves here are never less than utterly accessible and smartly funky. But like the album's artwork, there's a depth and a melancholy to almost all these tracks. "Feel the Void" is a standout in this regard, but "Depths" aches, too. Wave Motion isn't an accessory or an alternative like so many instrumental albums; Wave Motion is a serious proposition and a statement not only of Fat Jon's studio abilities but also of his introspective aesthetic. With the resilience and the emotional draw to outlast much of what constitutes any variant of hip-hop these days, this record puts Fat Jon on the radar. Expect great things.