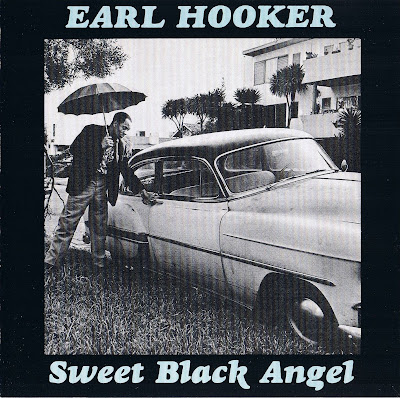 Earl Hooker (January 15, 1929 – April 21, 1970) was a Chicago blues guitarist, perhaps best known for his slide guitar playing. Considered a "musician's musician",Hooker performed with blues artists such as Sonny Boy Williamson II, Junior Wells, and John Lee Hooker (a cousin) as well as fronting his own bands. An early player of the electric guitar, Hooker was influenced by the modern urban styles of T-Bone Walker and Robert Nighthawk. As a band leader, he recorded several singles and albums, in addition to recording with well-known artists. His "Blue Guitar", a popular Chicago area slide-guitar instrumental single, was later overdubbed with vocals by Muddy Waters and became the popular "You Shook Me".

In the late 1960s, Hooker began performing on the college and concert circuit and had several recording contracts. Just as his career was on an upswing, Earl Hooker died in 1970 at age 41 after a life-long struggle with tuberculosis. His guitar playing has been acknowledged by many of his peers, including B.B. King, who commented: "to me he is the best of modern guitarists. Period. With the slide he was the best. It was nobody else like him, he was just one of a kind".