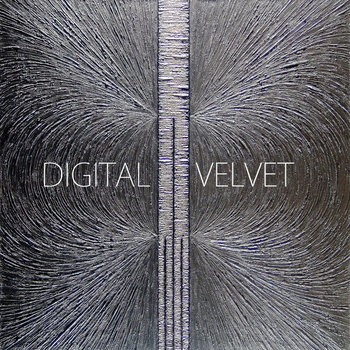 Digital Velvet is the new side project of gifted french producer Julien Chastagnol, aka Ruby My Dear, known for his radical, technical, detailed and raging productions he has been firing from reknown labels such as Ad Noiseam, Acroplane or Peace Off.

For this ethereal and oniric trip Julien gathers with an allié of choice: Anna, a singer and writer that has gained recognition over the years in the french underground Dub scene. She, from her own words, defends a "music of life" that has the ambition to go deeper than the usual codes of the dancefloor. Her jazz tinted voice, both intimate and full of attitude, talks to you in the face. She brillantly spices instrumentals from a Ruby My Dear who puts aside his frenetical Breakcore to explore a colorful and funky Breakbeat flavoured with Glitch Hop, IDM, Skweee and some of this mythical Bristol TripHop made famous by Massive Attack or Portishead's early works.

A guest of choice also makes an apparition on this deep piece of work: maybe the most electronica MC of them all, a veteran of HipHop crossovers: Non from Shadow Huntaz.