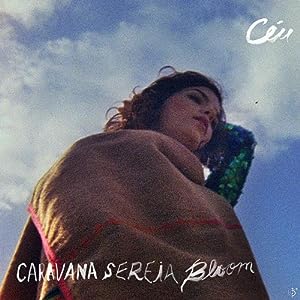 Brazilian-born Céu has been carving out a celebrated career since the release of her self-titled debut in 2005, which earned the accolade of being the first internationally released album on Starbucks’ Hear Music series. Her 2007 follow-up, Vagarosa, was equally gorgeous, and now the the Grammy-nominated artist, whose name comes from the Portuguese for ‘sky’ and ‘heaven’ is readying her third effort, Caravana Sereia Bloom for an April release.

The bossa nova and samba of her earlier releases have morphed into something more electric on this new affair, taking in the “post-psychedelia synthesisers and guitar effects of the typical sounds of Brazil’s popular music from the Northeast.” A string of UK dates are planned for April (see below), and preceding them comes a grainy video for the electrifying lead single ‘Retrovisor’.