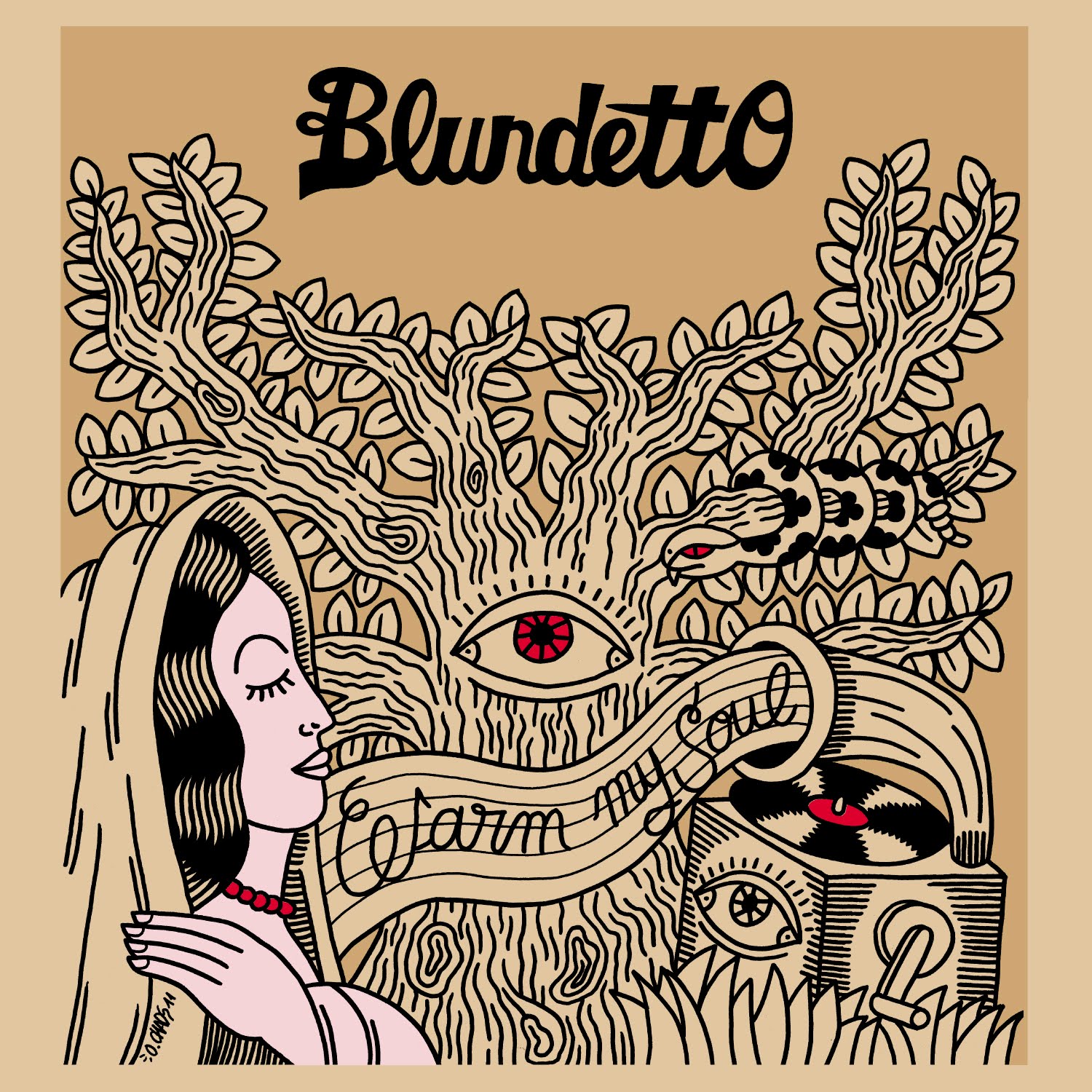 Blundetto double LP with new collaborations, digging deeper into his sound.
With his second album, Blundetto digs further his own sound, a soulful reggae with strong latin and hip hop vibes. Once again, he invited many artists to collaborate with him : the singer Hugh Coltman for the cover of soul classic “Hercules”, ethio jazz band Akale Wube for strong cinematic instrumentals, legendary skater Tommy Guerrero for folky guitars, the golden voice of Jamaican Courntey Love, the rapper Aqueel on 2 songs, Jahdan Blakkamoore on the “Walk away now”.

People who discovered the first album will be delighted by this new one.
As usual a nice packaging for the LP lovers.

Apart from a few radio presenters, no one has ever seen him. At the moment Blundetto exists only on record. For good reason: when his first album ‘Bad Bad Things’ came out in June 2012, Blundetto was not entirely comfortable with the idea of being an artist. The surprising thing was that in real life Max Guiget had been a programmer at Radio Nova since 1998. A disciple of Jean-François Bizot, the radio’s founder, he learnt the ropes by watching Gilles Peterson, Laurent Garbier, DJ Gilb-R and Lord Zelko, but he never dreamed that he might one day be a star on the decks or in a studio. In his own words, ‘It was some friends who urged me to do the first album. They’d heard the forty or so demos I’d made at home and encouraged me to finalise fifteen or so of them. But the idea of playing live sent me into a cold sweat. I didn’t feel at all like going out on stage on my own.’
No touring, then and he turned down some great opportunities to perform his tracks on TV for the same reason. Almost in spite of himself, his album received a really good critical welcome. A single with General Elektriks got him onto the France Inter playlist, another with Hindi Zahra earned him regular airtime on Gilles Peterson’s decks, and there was even an article about him in Closer magazine in midsummer. He still chuckles at the whole thing. In fact, the buzz caught Blundetto off-guard. Gradually he got used to the whole interview game, agreed to remix other artists and finally decided to serve us up some more on his second album ‘Warm My Soul’.
Although his unique style of instrumental canvas provides some obvious continuity, none of the guest vocalists from the first album features on the second. ‘I didn’t break off with anyone. It’s just I didn’t want to get in a rut. I don’t have any particular method. I only invite people I admire, and so my policy is a bit wait-and-see with some people to see where they go with my track, like the rastaman Courtney John, for example. We met out in Jamaica and later I sent him some demos without giving him any particular instructions. He didn’t let me down. But I love it when a few of us work on a track together. For example, Aqeel was round at my house for a day and we came up with “It’s All About”.’
Other musicians join the kitchen crew to cook us up a treat: the New Yorker Jahdan Blakkamoore at the microphone, Shawn Lee helping out on drums, Tommy Guerrero on guitar, and Guillaume Metenier giving it some swing on keyboards. All these folks are used to a melting pot of latin-soul, reggae-dancehall and jazz-funk with an additional, very cinematic feel to it. Whereas most songwriters try and pump up the sound a bit to get over the hurdle of the second album, Blundetto’s approach has been the opposite, towards a pared-down, less madcap sound. The second album is a bad boy’s who’s tidied up his room a bit. Or his home studio, to be more precise – a room in his small flat between Barbès and the Gare du Nord packed with vinyl records, vintage machines, exotic percussion instruments and overflowing ashtrays. ‘It’s homely,’ says the owner, ‘in spite of the mess. I record everything here; I hardly ever go into a real studio. My record involves working with people on the other side of the world and also proves that Paris is like a village. For example, I was hell-bent on covering Aaron Neville’s ‘Hercules’ and I was looking for a soul vocalist over in the States to sing it. And then I stumbled upon covers of Bill Wither by some greenhorn on YouTube beforefinding out that his name was Hugh Coltman and he lived three doors down from me. It’s the same with the Parisian band Akalé Wubé who play ethio-jazz – we live almost next-door to each other.’
With the album due for release, its creator feels a little more comfortable about being an artist. Max Guiget has gone down to four days a week at Radio Nova to allow Blundetto to give it a real go. Anything might happen – he’s even thinking about forming a trio to perform live. ‘I’ve promised my record company that if a TV programme rings me up, then I’ll go this time. Well, I might. Because I don’t think the showbiz and dancefloor stuff is really where it’s at. My tracks aren’t that well suited to it, which is logical because I make them at home in a pretty enclosed atmosphere. I always listen to and record music at a sensible volume, and I like sounds that caress the front of the brain bulb gently. I try to produce an emotional response because that’s what I appreciate in other people’s music. I prefer my instrumentals to conjure up passion, melancholia or love rather than get everyone on the dancefloor.’