Black Grass - A hundred days in one 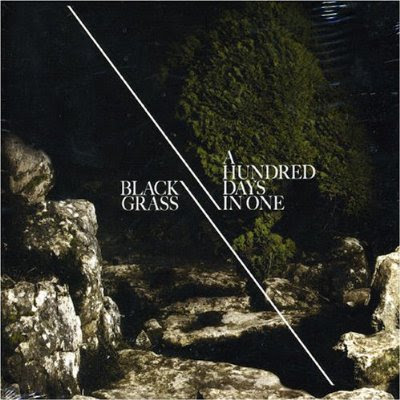 By Jenni Cole from http://www.musicomh.com

Recent Black Grass single Don't Leave Me This Way - a reworking of the song which has previously been a hit for The Communards and Thelma Houston - was something of a nothing, but luckily his new album is all together better.

A Hundred Days In One more than makes up for the disappointment of the mediocre single, from the opening Latino-style drum beats of Lucha Contra De La Injustica all the way through to the smooth and steady Nobody Knows (It's Sunday). In fact, in the middle of this box of delights, even Don't Leave Me This Way starts to sound good, with Dominique Noiret's sultry vocals adding the perfect air of dark mystery to this slowed down, lugubrious take.

Using Hip Hop as his foundations and framework, Black Grass (aka Mex) fills in the gaps with funk, jazz, soul and reggae, helped out by a host of collaborators, including American and home-bred Hip Hop stars such as Maylay Sparks and Micall Parknsun, MC Blu Rum 13 as well as Jah Marnyah and Rider Shafique from the world of reggae.

The result is smooth, relaxing and laid-back, dipping in and out of the musical styles which comprise it from track to track. Nemesis in particular is a highlight, offering a darker, bassier, trancier downtime after the more energetic Lines of Defence which precedes it, the latter complete with military beats, as its title might suggest.

So Many Ways also deserves an honourable mention, helped along by Okou's impressive vocal range, while the back-to-back patter of Blu Rum 13 and Maylay Sparks on Rest Assured and Don't Try respectively also works well.

If fact, what makes the album so much better than the single alone is its structure. All that was wrong with Don't Leave Me This Way was that it had been taken out of its carefully crafted context and, on its own, sounded too slow and forgettable; here, it's a part of a greater whole which speeds up the beats for a couple of tracks then slows them down for the next, offering lyrically dense Hip Hop next to extended instrumentals that give you time to watch the girl, plan your approach, offer her a drink and a dance and then sidle back to the comfy couches for a quick snog before the evening's out.

Mex took to the decks recently at The Big Chill, and this is an album that seems tailor made for a festival with that name. He's next on show at Bestival and amid the sequins and feather boas he could just provide the honey-tinged smooth respite needed at the end of a weekend when the relentless cheeriness of The Scissor Sisters threatens to become just a little bit too much.