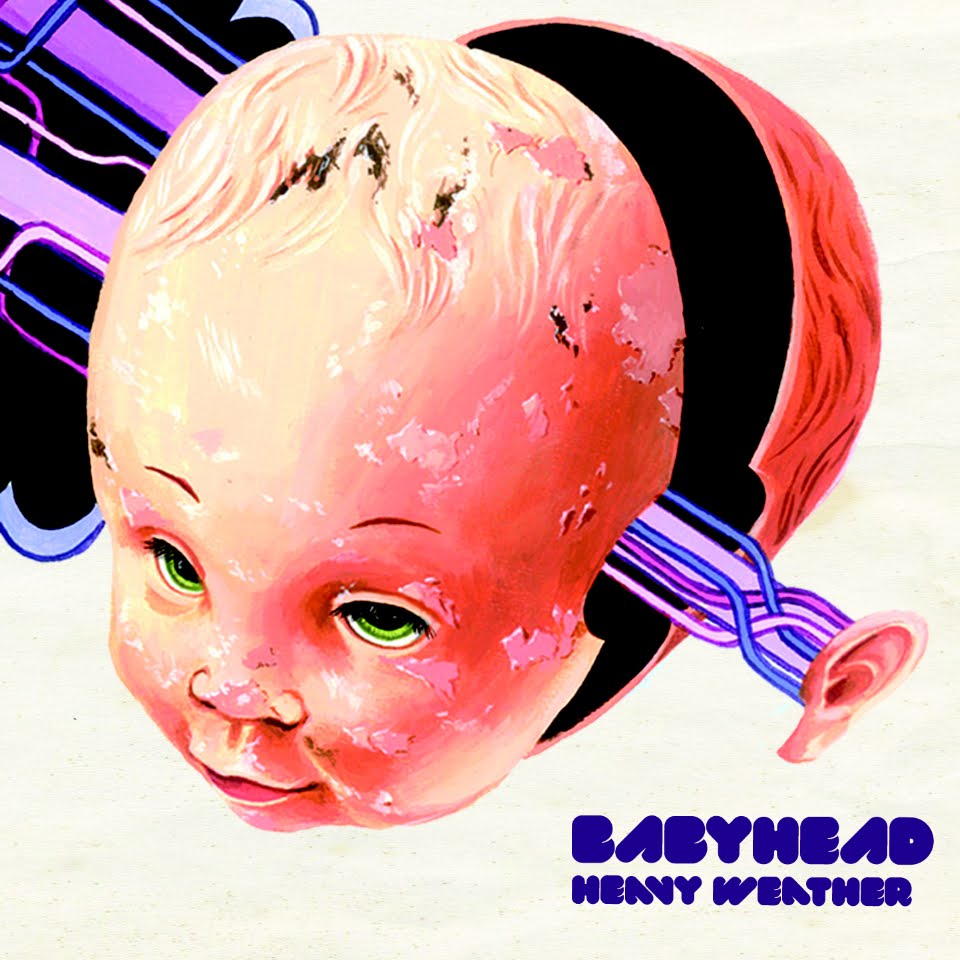 Review by Jumpup from http://www.ukreggaeguide.co.uk

'Heavy Weather' was recorded in Portishead’s “State Of Art” studio and is now due for release on 4th October 2010. Rooted in Dub, heavy skank, thunderdrums, blazing horns and sharp lyricism, it features 13 songs from the rural/urban landscape. It is a personal tale of love, life, politics, sex, death and the greatest British preoccupation - The weather.

Born out of love for Jamacian sound clash, forged through a do it yourself punkrock ethic and delivered with a raw hip hop swagger, the unstoppable Babyhead sound is drawn from all quarters of the musical universe, in true Bristol fashion. Their legendary live show has seen them rocking stages from Glastonbury to Fabric and attracting onstage collaborations from Ozomatli, Rodney P and Alice Russell.

I’ve been extremely excited about spinning ‘Heavy Weather’, especially after loving the first couple of singles from the ‘Jungle Law & Think Money’ EP. As we’ve come to expect Babyhead rarely conform to any one style. They can’t be pinned down with a label and deliver a blistering mashed up mix of strutting reggae riddims, big band brass, hip-hop beats and jazz influenced styles. ‘Heavy Weather’ showcases this at its absolute finest.

‘Heavy Weather’ encompasses all that makes Baby Head great and they immediately grab your attention with the opening track ‘Hot Day’. The horns blaze, the guitar screams and when the baseline drops you’re left with no doubt that this release is going to be something special. ‘Jungle Law’ needs no introduction, with lyrics inspired by Rudyard Kipling's The Law Of The Jungle, this brooding track romps along at a fine old pace. Each track has something different, something a bit special and when ‘Open Road’ drops I’m reminded of that wonderful ska/punk sound delivered in a vibe that is unmistakably of Bristol.

Even though I’m tempted I won’t describe every track, I’d easily run out of space trying to find the many superlatives to describe this album! The aforementioned tracks aside, cuts like ‘The Rhythm’ will have you up and skanking within seconds. ‘Still Babyhead’ and ‘Heavy Weather’ drop some seriously phat hip-hop beats and ooze attitude, while ‘Think Money’ is an upbeat, easy going little ditty with sharp and insightful lyrics. ‘Until We’re Heard’ and ‘Rise of The Idiots’ deliver astute and perspicacious lyrics all backed up by very talented and accomplished musicians.

Without a shadow of a doubt ‘Heavy Weather’ is something special, it’s brave, gutsy, enthused and clearly spits in the eye of musical conformity. Go buy it now!