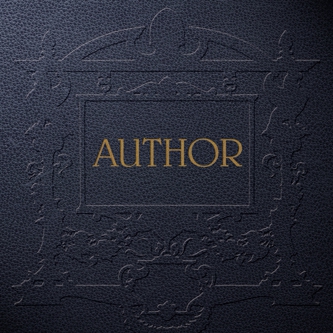 By Mike Coleman from http://www.factmag.com

When Jack Sparrow released the brooding Circadian on Pinch’s Tectonic label last year, it seemed as if he had found an ideal bedfellow. After all, few labels are as insurmountably otherworldly as Tectonic: its output ranges from the interstellar (2562′s ‘Love In Outer Space’), to the subterranean (Pinch’s Underwater Dancehall) and, as with the label boss himself, prides itself on supplying a fine line of gnarled bass pressure and dystopian atmospheres. More’s the pleasure, then, to see Sparrow return to the label boasting a new cohort – previous Circadian draftee and Submotion Orchestra member Ruckspin. Now producing under the name Author, the tonalities at work on their debut album may come as little surprise to those familiar with either artist, but the soul and depth at work make for a sometimes overwhelming record that betrays a devastatingly keen ear for composition.

Sometimes it’s a little difficult to know exactly where the album is aiming. The Von D-esque ‘Fix’ revolves around dancefloor-ready synth stabs, but equally, the languid ‘Sun’ takes palpable joy in its steady pace, sultry saxophone and hazy pallor. It’s as sun-bleached as it is subterranean, but although moving from the beautiful orchestration of ‘Green & Blue’ to the buzzsaw lope of ‘Revolutions’ can be a bit of a shock to the system, ultimately it all shares a common and recognisable geneology, often postured as if brooding half-step had emerged into its first ever sunrise.

While only eight tracks long, Author still manages to clock in an impressive 45 minutes, and while many albums would fall down sporting tracks of that length, a marked complexity of arrangement and consistent movement of sound help turn these explorations into worthy investments of time. Granted, for all its long, absorbing qualities there’s a nagging sense that neither artist has particularly moved beyond their respective remits – for better or worse, Author is the definition of the sum of its parts – but this album’s self-sure sense of symbiosis makes it a welcome addition to the Tectonic canon regardless.