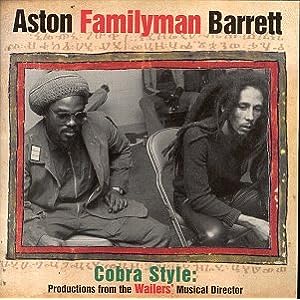 Before there was a Robbie Shakespeare, there was Aston "Familyman" Barrett, who, in reggae's earliest years, wielded the music's heaviest bass. As Bob Marley's bassman and arranger from the late '60s until Marley's tragic death in '81, Familyman (along with his drummer brother, the late Carlton Barrett) was a key element of the Wailers sound. But he also was an integral part of other productions by seminal studio legends like Treasure Isle's Duke Reid, Joe Gibbs, Sonia Pottinger, Lee Perry, Niney the Observer, and Studio One's Clement "Coxsonne" Dodd, and even provided weight for the vocals of the late John Denver. This record takes its title from a minor-key vamp honed to perfection by the bass hero, and it performs the service of rescuing from vinyl oblivion some of Barrett's lesser-known but nonetheless great moments, whether laying down rock-solid foundations for the sublime tenor Jimmy Riley's soaring "We're Gonna Make It" and the Wailers' "Distant Drums" (by the original lineup of Marley, Peter Tosh, and Bunny Wailer), or rumbling like distant thunder through reggae "dubs" or instrumentals. Bonus tracks in this priceless collection include extended remixes, a.k.a. "disco" mixes, of "Cobra Style" and "Well Pleased."