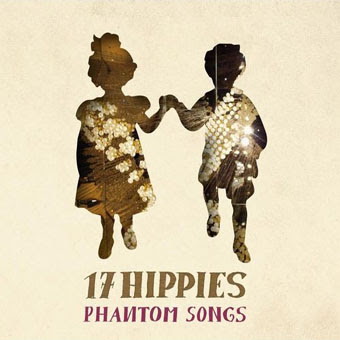 By Robin Denselow  from http://www.guardian.co.uk

A sophisticated, quirky band from Berlin who sing in German, French and English, 17 Hippies have spent 16 years developing an unlikely style that mixes French chanson and German cabaret with Balkan gypsy music and Americana, with a dash of anything from calypso to Middle Eastern styles thrown in. The Hippies are currently a 12-piece band, and they play anything from accordion to brass, violin to ukulele and banjo, sounding at times like a cool European answer to the equally hard-to-categorise Pink Martini.

Like those easy-going American mavericks, they are excellent musicians and have a fine female singer, Kiki Sauer, who is at her best here with the gently edgy Ton Étrangère, which matches chanson with what sounds like the muted backing for a spaghetti western. Elsewhere, singer Dirk Trageser tackles eastern European dance influences on the brass-and-accordion-backed Biese Bouwe; a third vocalist, Christopher Blenkinsop, echoes Leonard Cohen on Across Waters; and there's a jazzy, brass-and-violin reworking of Captain Beefheart's Gimme Dat Harp Boy. A few more songs from Sauer would have been welcome, but this is a brave and entertaining global fusion that deserves international success.